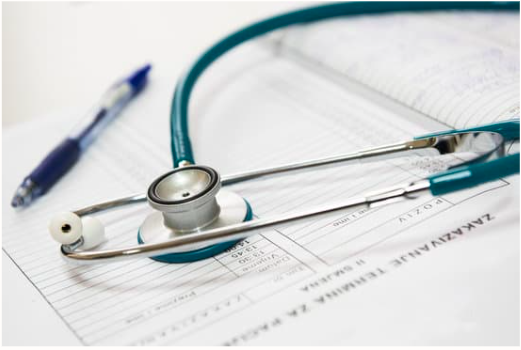 When I began medical school in 1965 I had a vague notion that I wanted to become a healer and a subconscious desire to help men. It soon became clear that the medical education at U.C. San Francisco was more  limited than I had hoped and I transferred to U.C. Berkeley where I eventually received a master’s degree in social work. During my three years in graduate school, I not only broadened by knowledge of the psychological, interpersonal, social, cultural, and spiritual aspects of health, I also better understood my interest in men’s health.

I was five years old when my father took an overdose of sleeping pills because, as I would learn later, he had become increasingly depressed because he couldn’t make a living doing what he loved to support his family. He was committed to the state mental hospital in Camarillo, north of our home in Los Angeles. It is the same hospital where the 1948 movie, The Snake Pit starring Olivia de Havilland, was filmed. I still remember the terror I felt going every Sunday with my uncle to visit my father in the mental hospital beginning in 1949. I watched as his depression worsened and his mental health declined.

I grew up wondering what happened to my father, whether it would happen to me and what I could do to help other men and their families. I graduated from U.C. Berkeley in 1968 and started MenAlive in 1969 following the birth of our first son. I became a psychotherapist and soon specialized in working with men and their families. After practicing for 34 years, I returned to graduate school and earned a PhD in International Health in 2008, at age 65 (we joked that my “retirement” party was also my coming-out party as a doctor.) My dissertation study, published with the title, Male vs. Female Depression: How Men Act Out and Women Act In, answered many of the questions I had been wrestling with since childhood and expanded my focus on gender-specific health care.

The Emerging Field of Gender-Specific Medicine and Health Care

Marianne J. Legato, MD, is an internationally renowned academic, physician, author and lecturer. She pioneered the new field of gender-specific medicine. She is a Professor Emerita of Clinical Medicine at Columbia University College of Physicians & Surgeons and an Adjunct Professor of Medicine at Johns Hopkins Medical School. Dr. Legato also the founder and director of the Foundation for Gender-Specific Medicine, which she created in 2006.

In her 2002 book, Eve’s Rib: The New Science of Gender-Specific Medicine and How It Can Save Our Life, she says,

“Eve’s Rib is not just about women’s health, but about the health of both sexes and the new science of gender-specific medicine. Until now, we’ve acted as though men and women are essentially identical except for the differences in reproductive function. In fact, information we’ve been gathering over the past ten years tells us that this is anything but true, and that everywhere we look, the two sexes are startlingly and unexpectedly different not only in their normal function but in the ways they experience illness.”

Although Dr. Legato’s first book focused more on women’s health, her subsequent books expanded her focus to men. Why Men Never Remember and Women Never Forget was published in 2008 and explored the ways men and women are different and how those differences impact our relationships. She acknowledges the ways in which discussing sex and gender differences can be misunderstood.

“I have taken a number of risks in writing this book,”

“and I wish to acknowledge them right at the outset. For instance, there is a tremendous risk in categorizing certain behaviors as ‘male’ or ‘female,’ as I do throughout the book. There is a cautionary skit in Free to Be You and Me in which two babies (played to great effect by Marlo Thomas and Mel Brooks) argue about whether they’re boys or girls. Boys can keep secrets, and they’re not afraid of mice, so the Mel Brooks baby, who can’t and is, must definitely be a girl—right? The debate continues until the nurse comes to change their diapers, which settles the matter once and for all.”

Legato obviously was willing to take the risks. She concluded in the book’s introduction,

“Whatever speculation I have engaged in over the course of the pages that follow is in the service of a larger concept: the ideas that, whatever our differences, there is much that men and women can learn from one another.”

Dr. Legato is not the only clinician and researcher to take the risk to tackle sex and gender issues. There are many, including David C. Page, MD. Dr. Page is professor of biology at the Massachusetts Institute of Technology (MIT) and director of the Whitehead Institute, where he has a laboratory devoted to the study of the Y-chromosome.

“It has been said that our genomes are 99.9% identical from one person to the next,”

“It turns out that this assertion is correct as long as the two individuals being compared are both men. It’s also correct if the two individuals being compared are both women. However, if you compare the genome of a man with the genome of a woman, you’ll find that they are only 98.5% identical. In other words, the genetic difference between a man and a woman are 15 times greater than the genetic difference between two men or between two women.”

Dr. Page, like Dr. Legato, demonstrates that even small differences can be important.

“There are 10 trillion cells in human body and every one of them is sex specific,”

“So, all your cells know on a molecular level whether they are XX or XY. It is true that a great deal of the research going on today which seeks to understand the causes and treatments for disease is failing to account for this most fundamental difference between men and women. The study of disease is flawed.”

In looking ahead to the future of gender-specific healthcare, Dr. Paige is hopeful.

“Here’s what I think. We need to build a better tool kit for researchers that is XX and XY informed rather than our current gender-neutral stance. We need a tool kit that recognizes the fundamental difference on a cellular, organ, system, and person level between XY and XX. I believe that if we do this, we will arrive at a fundamentally new paradigm for understanding and treating human disease.”

The Moonshot Mission for Mankind and Humanity

Our Moonshot Mission for Mankind and Humanity launched in November 2021 when I invited seven colleagues who lead programs focused on men’s health to join me and work together to improve men’s health. The mission was inspired by the research of two colleagues, Randolph Nesse, MD and Daniel Kruger, PhD examined premature deaths among men in 20 countries. They found that in every country, men died sooner and lived sicker than women and their shortened health and life-span harmed the men and their families.

Based on their research Drs. Nesse and Kruger concluded with four powerful statements:

Drawing on my  own clinical experience and research over the last fifty-plus years, I wrote, Long Live Men! The Moonshot Mission to Heal Men, Close the Lifespan Gap, and Offer Hope to Humanity. In it I detail the reasons why I think improving men’s health is not only good for men, but also good for the well-being of women and children. In order to achieve our Moonshot Mission, I believe we will need to train 1,000,000 more practitioners who are skilled in treating men’s mental, emotional, and relational health. Here are some of the courses that I would hope would be included in such a training.

If you would like more information about upcoming trainings for practitioners working in the field of men’s health, drop me an email to Jed@MenAlive.com and put “Man Therapy” in the subject line. If you’d like to read more articles, please join our free newsletter here.