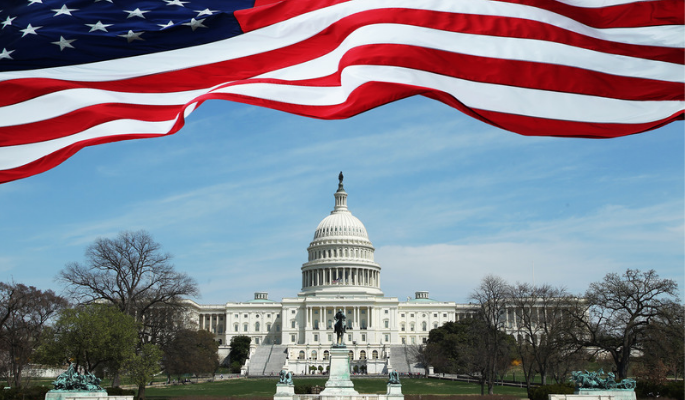 Regardless of who you voted for, or whether you voted at all, in the mid-term elections or who you plan to vote for in the next Presidential election, most everyone agrees that our country, and our world, is in trouble and many believe we are heading for collapse or civil war.  If we want to free ourselves, there are four things we must do:

I will admit that I have had to deal with depression throughout my life and the dark months of winter are the times I am most vulnerable to feelings of hopelessness. Recently I have been reading Yes to Life, in Spite of Everything: Viktor Frankl’s Lost Lectures on Moving Beyond Optimism and Pessimism to Find the Deepest Source of Meaning. Frankl not only survived the Holocaust concentration camps but endured the murders of his mother, father, pregnant wife, and unborn child.  Yet, he found meaning in his suffering and his work continues to offer guidance and hope to us all.

Here is some of his helpful wisdom.

“When we are no longer able to change a situation, we are challenged to change ourselves,”

For me this is key. It reminds us that we must have a purpose, a reason to get up in the morning and endure whatever discomforts, pain, or challenges we face in our lives.

Frankl continues to inspire me with his call to action.

“Everything depends on the individual human being, regardless of how small a number of like-minded people there is, and everything depends on each person, through action and not mere words, creatively making the meaning of life a reality in his or her own being.”

We can feel strongly opposed to the actions of others, but when we come to see them as an enemy who has no redeeming qualities we evade responsibility for our own actions. Says Frankl,

“No man should judge unless he asks himself in absolute honesty whether in a similar situation he might not have done the same.”

When I watched the U.S. Capitol being attacked on January 6, 2022, I was appalled, judgmental, and blamed those who wanted to stop the electoral process. But later I wondered how I would have felt if Donald Trump had been elected President instead of Joe Biden and I was convinced that the election had been stolen and my government was in the hands of people who would harm me and my family. I wondered what I would believe if I watched Fox News every evening, been reading right-wing social media, and all my friends believed as I did. Could I act like one of them if I had lost faith in my government?

I remember a number of years ago living in a dangerous neighborhood in San Francisco. I would come home on the bus from work each evening and walk as fast as I could the six blocks to my apartment. On one occasion after I got off the bus, I became aware of a man who was following me and I became alarmed. I slowed down and let him pass me and then continued walking.

Then it occurred to me to wonder how he might have felt to see someone stop and then walk behind him. He might feel afraid, that I was someone who might harm him. “But I’m no threat,” I said out loud. “He has nothing to fear from me. I’m one of the good guys.” My inner voice answered, Yes, but he doesn’t know that. Just as you saw a man coming up behind you and you took action because you thought you were in danger, he might well have seen your behavior as a threat to him.

Collapse or Transformation: The Future is In Our Hands

Many believe that we are facing collapse or at the very least a civil war that will tear our country apart. Internationally acclaimed historian Ruth Ben-Ghiat offers a different vision of the future. She wrote an essay, “Hope: The Secret Weapon of Democracy Protection,” and said,

“Hope is an essential part of anti-authoritarian strategy. It is the antidote to a deadly fatalism, to what Eric K. Ward calls The Other Big Lie: ‘The idea that we have already lost. That the next civil war is inevitable. That we are helpless and hopeless in the face of all the bad news.’”

In her book The Watchman’s Rattle: A Radical New Theory of Collapse, Sociobiologist and futurist, Rebecca Costa examined the rise and fall of multiple civilizations including Mayan, Khymer, and Roman empires. She found that the underlying cause of collapse had not been fully understood or addressed. What she discovered was that a societies inability to deal with complexity was the root cause of collapse. Costa goes on to quote her mentor, world-renowned biologist E.O. Wilson, who has been called “the Darwin of the 21st Century.” According to Wilson,

If we feel helpless and hopeless we will deny the warning signs because we don’t believe anything can be done to improve things. We will live in denial and, to paraphrase an old saying,

“We will eat, drink, and pretend to be merry, put our heads in the sand and hold our breath until we die.”

Many now recognize these warning signs that Rebecca Costa describes in The Watchman’s Rattle:

Gridlock occurs when civilizations become unable to comprehend or resolve large, complex problems, despite acknowledging beforehand that these issues may lead to their demise.”

When complexity makes knowledge impossible to obtain, we have no alternative but to defer to beliefs; we accept assumptions and unproven ideas about our existence, and our world.

Throughout history civilizations have had a clear pattern of foisting the responsibility for complex problems onto the shoulders of individuals whenever complex problems persist. Scapegoating is an old way to deal with our fears and frustrations.

Silo thinking is the compartmentalized thinking and behavior that prohibits the collaboration need to address complex problems. Instead of encouraging cooperation between individuals and groups that share a common objective, silo thinking causes undermining, competition, and divisiveness.

Counterfeit correlation occurs as a result of three convenient practices. First, accepting correlation as a substitute for causation. Second, using reverse-engineering to manipulate evidence, and third, relying on consensus to determine facts.

Extreme economics occurs when simple principles in business, such as risk/reward and profit/loss, become the litmus test for determining the value of people and priorities, initiatives and institutions. Unlike the other warning signs which most people recognize as harmful, extreme economics feels more like a relative who came to visit and stayed too long. We have mixed feelings.

Our Partnership Future: Getting Beyond the Separation Between Us and Them

My friend and colleague Riane Eisler has been helping us move from old systems based on domination to ones based on partnership her whole life. In her book Nurturing Our Humanity: How Domination and Partnership Shape Our Brains, Lives, and Future,written with anthropologist Douglas P. Fry, she describes her harrowing escape from war-torn Europe. When Riane was six, the German and Austrian Nazis took over her native Vienna. Riane’s father was dragged off by the Gestapo. Her mother miraculously obtained his release, and the family fled to Cuba.

They were on one of the last ships before the MS St. Louis,carrying 930 Jewish refugees from Europe, was turned back by Cuban authorities. Because neither Cuba nor the United States nor any other country in the Western hemisphere let the St. Louis dock, it was forced to return to Europe, where many on board eventually died in Nazi death camps.

I have worked with Riane and her Center for Partnership Systems for more than thirty years. I recently worked with their team in developing The Partnership Technology Toolkit. It was developed by the Center with support from the Ford Foundation. Its goal is to shift technologists’ thinking, reject false narratives about what is possible, and build technologies that support a more caring, sustainable, equitable, partnership future.

Grounded in decades of interdisciplinary research from both biological and social science, the toolkit provides individuals and teams with a practical, values-based framework that connects technology with the real needs of people and the planet.

The Toolkit and Companion Workbook includes an accessible set of activities and frameworks, including:

Riane’s work throughout the years offers practical tools for helping us all move beyond the separations than have kept us afraid and isolated. You can learn more about Riane and the Center for Partnership Systems here. If you enjoyed this article and would like to read more, please consider signing up to receive our free weekly newsletter here.

The post The Real Reason the U.S. is Gridlocked: What We Must Do to Free Ourselves appeared first on MenAlive.