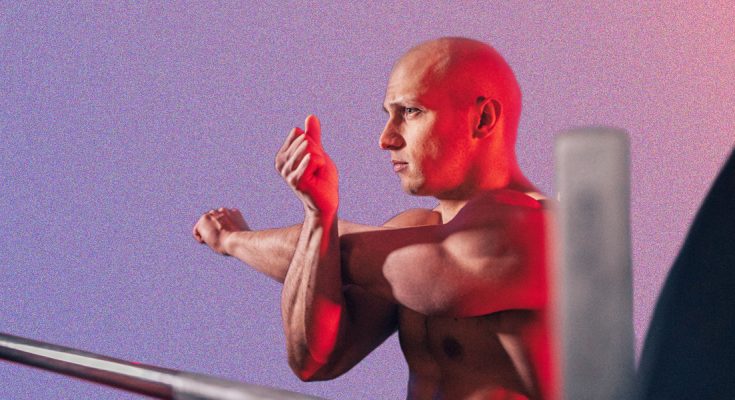 Numerous studies have shown that it’s not warming up your muscles, but putting them in harm’s way

Back when I was just getting serious about weightlifting, there were several super swole personal trainers in the Bally Total Fitness system who rigorously advised me to stretch before doing any semblance of resistance work. Their rationale ranged from keeping the muscles loose, to extending the limbs to provide them with enough new places to form original muscle cells, to increasing the range of motion a muscle could be worked, to reducing the chance for injury.

Which is why it’s still sort of unbelievable to me that the attitude toward stretching as an acceptable pre-workout activity has completely flipped to the point where doing so prior to lifting weights is now almost universally regarded as terrible for you.

Who’d have thought that something that once took up the opening half of my taekwondo class would later be frowned upon in almost all fitness circles within my lifetime?

I thought stretching was a good thing!

Stretching can undeniably be a good thing under the right circumstances. Almost every benefit that’s attributed to stretching is true; it can help to increase your range of motion, improve your posture and curtail injuries. By increasing the flow of blood to the muscles, stretching also helps them eliminate waste products, which isn’t the first thing people think of when they go to stretch, but which is helpful nonetheless.

Similarly, stretching feels great and can reduce tightness and tension as well as boost your flexibility, a mandatory feature for the athletically minded.

If it can do all of that, why is stretching before weightlifting a bad idea?

Because it can cause unintended consequences during your workout. Your mind and your muscles are intricately interconnected, and when you start a training session, your brain already has a sense of where your body is prepared to stop when it’s lowering and raising heavy weights.

Studies have shown that stretching prior to lifting weights disorients this connection and can result in weights being lowered to a deeper point than your body is prepared to lift from. This may be okay for the muscles being directly trained, but the support muscles have no clue how to respond to this new challenge. So with these natural stopping points thrown out-of-whack, injuries are far more likely to follow.

Moreover, stretching before weightlifting would be an unwise decision for no other reason than stretching a muscle when it’s cold is dangerous and significantly boosts the likelihood of hurting it in comparison to the stretching of muscles that have been pre-warmed.

What can I do to loosen up before lifting weights if I can’t stretch?

It’s pretty simple, actually: If you begin your weight training with a few warm-up sets, your muscles will naturally loosen themselves while maintaining ordinary ranges of elasticity that your support muscles will be comfortable working within. Then, once your workout reaches its conclusion, you can engage in a full round of stretching.

So it’s not that you don’t want to stretch when you’re hitting the weight room; it’s just that the thing you need to be most flexible about is the order of operations — always being sure to stretch after you’ve put down the weights, not beforehand.