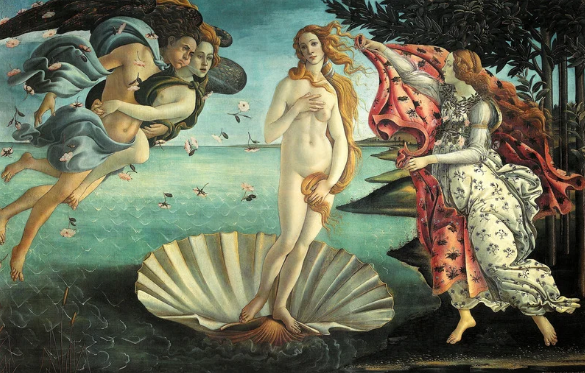 I’ve been a marriage and family counselor for more than fifty years. It is true, we teach what we want to learn. At my website, MenAlive.com, I greet visitors with a short welcome video, “Confessions of a Twice-Divorced Marriage Counselor.” I talk about what went wrong in my first two marriages and what I learned that helped me have a successful relationship with Carlin, my third wife, that has been growing stronger and more joyful since we got together 42 years ago.

A friend and colleague that has been on a similar journey is Sven Masterson.

“I’m happily married to Zelda, who I married 28 years ago and with whom I’ve been in a continuous romantic relationship for over 30 years,”

says Sven. But their marriage was not always great.

“I spent about half of our marriage in pain, misery, and frustration before encountering a handful of life-altering perspectives that helped me turn everything around.”

“People told me I was a great husband and father, including my wife, on infrequent occasions (and usually in a card). There was just one major problem. Inwardly I was miserable, melancholy, and woefully unhappy, and I had a secret no one knew. My secret? That I spent excessive time fantasizing about my wife dying in her sleep so I could hopefully remarry and live the rest of my life happily ever after.”

“Today, I have a great relationship. One that I often laugh about in sheer surprise, amazement, and gratitude.”

You can learn more about Sven’s healing journey here.

I want to broaden our understanding by taking an evolutionary and historical look at the unconscious reasons so many men learn to fear, hate, and worship women.

Taking an Honest Look at Misogyny: The Male Malady

My professional background is in biology and psychology. I’ve learned that most of the issues we face as humans are multi-dimensional and cross the lines of many professional disciplines. I’ve long believed that if we are going to understand and solve the problems we face, we need to seek out experts in many fields. That’s how I came to meet David Gilmore.

I was attending an international men’s conference and David was one of the speakers. I liked his topic “Manhood in the Making: Cultural Concepts of Masculinity” and bought his book of the same title. He had studied cultures all over the world and though he looked like a traditional academic with tweed jacket and short hair, he had exciting new things to say about why men are the way they are.

I reconnected with him when his book, Misogyny: The Male Malady, was published. I thought if anyone could give me insights into male anger towards women, David was the one. The dictionary defines misogyny as “the dislike of, contempt for, or ingrained prejudice against women.” Gilmore offers a broader definition in his book:

He describes misogyny as “an unreasonable fear or hatred of women.” He goes on to say that “this feeling finds social expression in the concrete behavior—in cultural institutions, in writings, in rituals, or in other observable activity.”

His research is impeccable and his discoveries challenging:

Gilmore explored cultures from Western Europe to the Middle East, from the jungles of South America to the remote uplands of New Guinea, from preliterate tribal peoples to modern Americans. He looks at ancient and modern cultures and all those in between. He finds that in all places around the world, there has been a tendency for men to fear and hate women.

A quick summary of his findings, reported in his well-documented book, include the following:

Lest we think that misogyny is merely an unfortunate part of our past, we need only listen to the women who have come forward under the banner of the #MeToo movement to recognize that sexual violence continues to pervade the U.S., as well as countries throughout the world.

The Other Side of the Coin: Gynophilia and Men’s Worship of Women

No men I know want to feel that they “hate women.” And most of us don’t. When I wrote my book, Mr. Mean: Saving Your Relationship from the Irritable Male Syndrome, a number of my colleagues in the men’s movement wrote me off. “You’re demeaning men,” they told me. “It’s unfair, reverse sexism.” But I felt that getting at the truth is not demeaning. It can be difficult, but in the long run it helps us all.

I’ve learned that denying the truth just causes additional pain and suffering. Whether you are male or female reading these words, notice how you are feeling inside. What do the examples of misogyny bring up in you? Do you want to dismiss them or embrace them? Do you want to run away or go deeper?

“The truth will set you free, but first it will make you miserable.”

Gloria Steinem voiced a similar thought when she said,

“The truth will set you free, but first it will piss you off.”

“The truth will set you free, but first it will kick your ass.”

There’s another truth that I think we need to understand and recognize. Just as there are societies, and men within societies, who both fear and denigrate women, there are also groups and individuals who view women in a very positive light. They almost worship women, feeling they are goddesses and can do no wrong. I’ve seen that tendency in many male clients I’ve seen over the years.

I was surprised to learn that David Gilmore’s research was clear. The same societies that denigrate and put women down also worship and elevate them. Gilmore has a whole chapter in his book describing the opposite of misogyny which he calls Gynophilia. He says,

“Like so much having to do with men and women, misogyny is only one piece of the puzzle. To be sure, many men hate and fear women, but just as many love and revere them. It is obvious that two edges of this mental sword are related in some labile fashion and share origins in the ancient touchstone of the primitive male cerebellum.”

He suggests that both ends of the spectrum, hate & fear/love & reverence drive us up and down, back and forth. They frustrate and confuse us. I would add that they can drive us crazy. Gilmore describes our human dilemma this way:

“Woman has the uncanny power to frustrate man’s noble (but unrealistic) ideals, to subvert his lofty (hollow) ends, and to sully his (deluded) quest for spiritual perfection; but she also, and not coincidentally, provides him with the greatest pleasures of his earthly life. These pleasures are not just sexual release, but also other life-sustaining comforts that only a woman can provide (based on the organization of most societies): food, tenderness, nurturing, and heirs. It is not surprising that the men who most deplore and distrust women are the same ones who most admire, want, and need them; the most histrionic and poignant rituals of woman-adulation occur in the same societies responsible for the most egregious and sordid examples of woman-bashing.”

He concludes by saying,

“Like misogyny, gynophilia is kind of male neurosis, for it stems from the same unresolved conflicts and it has both a carnal and spiritual manifestation.”

The first step in healing our fears and anger towards women is to recognize and accept that they exist. In the next part of the article, we will look more deeply at the ways these issues manifest in our relationships and how we can heal them.

Our Moonshot for Mankind and Humanity is launching. We’re bringing together individuals and organizations who have a serious interest in helping men improve their mental, emotional, and relational health and well being so they can be healthy partners with women and good fathers to their children. We invite you to join us here: https://moonshotformankind.com/

To read more articles and get our free weekly newsletter, please join us here:  https://menalive.com/email-newsletter/

The post Men Who Fear, Hate, and Worship Women and How They Can Find Real Lasting Love appeared first on MenAlive.