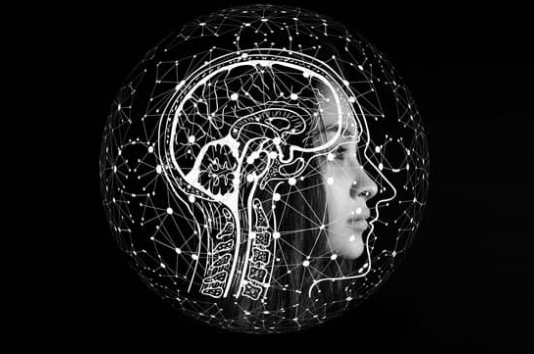 Shawn knew he was in love. His insecurities melted away. Every day made him feel on the brink of a golden future. As he spent more time with Samantha, his excitement about her grew, and his sense of anticipation became constant. Every thought of her suggested limitless possibilities. As for sex, his  libido was stronger than ever, but only for her. Other women ceased to exist. Even better, when he tried to confess all this happiness to Samantha, she interrupted him to say, she felt exactly the same.

Shawn wanted to be sure they would be together forever, so one day he proposed to her. She said yes.

Many of us have all been there before. Most of us have experienced the rest of the story. As Daniel Liberman and Michael Long say in their powerful and important book, The Molecule of More: How a Single Chemical in Your Brain Drives Love, Sex, and Creativity—and Will Determine the Fate of the Human Race,

“A few months after their honeymoon, things began to change…”

I’ve been a marriage and family counselor for more than fifty years. I’ve had a lifelong interest in understanding how we come to fall in love and why so many relationships start off like Shawn and Samantha’s and then end in heartbreak and disappointment. My interest has been personal as well as professional since I went through two marriages and divorces before I learned the secret of why our attractions are so powerful and our hopes so high and why so many end in disaster. You can hear about my “Confessions of a Twice-Divorced Marriage Counselor” on my website.

This is my third marriage. My wife, Carlin, also was married twice before she and I met. We’ve now been married for 42 wonderful years and wrote about our own journey and what we learned in our book, The Enlightened Marriage: The 5 Transformative Stages of Relationships and Why the Best is Still to Come.

Here, I’d like to tell you about the “molecule of more” and what you need to know to make it your friend rather than bringing about your downfall. Learning about the molecule of more can help improve your relationship life.

Looking Down and Looking Up: Two Different Ways of Engaging the World

In the book, The Molecule of More, Drs. Lieberman and Long offer this mind experiment:

Look down. What do you see? Your hands, your desk, the floor, maybe a cup of coffee, or a laptop computer or a newspaper. What you see when you look down are things within your reach, things you can control right now, things you can move and manipulate with no planning, effort, or thought. They are things in your possession.

Now look up. What do you see? The ceiling, perhaps pictures on the wall, or things out the window: trees, houses, building, clouds in the sky—whatever is in the distance. To reach them, you have to plan, think, calculate. Unlike what we see when we look down, the realm of up shows us things that we have to think about and work for in order to get.

They tell us that the brain is structured to address these two basic realms. There are a number of down chemicals, neurotransmitters, the brain uses to let you experience satisfaction and enjoy whatever you have in front of you. Lieberman and Long call them the Here & Nows, or H&Ns for short.When you turn your attention to the world of up, your brain relies on a different chemical, a single molecule, called dopamine.

“Mammals, reptiles, birds, and fish all have this chemical inside their brains,”

“but no creature has more of it than a human being. It is a blessing and a curse, a motivation and a reward. Carbon, hydrogen, oxygen, plus a single nitrogen atom—it is simple in form and complex in result. This is dopamine, and it narrates no less than the story of human behavior.”

Dopamine and Love: The Chemicals That Make You Want Sex and Fall in Love, and Why Sooner or Later Everything Changes

Dopamine was discovered in the brain in 1957 by Kathleen Montagu, a researcher in London. Only 0.0005 percent of brain cells produce dopamine—one in two million—yet these cells exert an outsized influence on behavior. In fact, under the right circumstances, pursuit of feel-good dopamine activation became impossible to resist.

Initially some scientists christened dopamine the pleasure molecule and the brain pathway, the reward circuit. Early experiments with drug addicts showed that the more activity in the dopamine reward pathways, the greater the high. But further experiments expanded their understanding.

“It seemed more likely that the evolutionary processes that harnessed dopamine were driven by the need to motivate survival and reproductive activity,”

“Dopamine, they discovered, isn’t about pleasure at all. Dopamine delivers a feeling much more influential.”

Understanding dopamine, Lieberman and Long concluded were keys to explaining a great deal about human behavior including falling in and out of love.

If dopamine is not about pleasure, what is it about? After reading the science of dopamine that they describe in the book, I imagine having a conversation where a personified dopamine tells us about himself and what he has to teach us about our lives and relationships. Here’s what I imagine he might say:

“I’m all about the pursuit, not about attaining pleasure. I love to live in the fantasy world of ‘what if.’ What if I could get that sexy creature in bed with me? Once I have her/him, my job is done, I want to look for the next rush of excitement. I live in the future, not in the here and now.”

“No matter how attractive the person is, once we spend time together and get to know each other, the novelty wears off and I want to try something or someone new. I crave the unexpected, the strange, the exotic. That’s why pornography is so attractive, particularly to men. There are an infinite number of new choices. When I become accustomed to one, I can instantly search of the next one that will excite me.”

“From my point of view having is uninteresting. It’s only getting that matters.”

“The reality of what is becomes boring to me. I want to dream about what could be. Glamour is me personified. It creates desires that can never be fulfilled because they crave what can only exist in our imaginations.”

“I’m never satisfied. Mick Jagger told his biographer in 2013 he had been with about four thousand women—a different sex partner every ten days of his adult life. It is no wonder the Rolling Stones hit song was ‘I can’t get no satisfaction.’ It is all about anticipation, never about having what we seek. I’m  all about falling in love or lust, never about the here and now, actually loving someone and having a satisfying sex and love life.”

“I may love my partner and be in a committed relationship, but I’m always looking for more, someone better, sexier, more exciting, more fun, different, strange.”

“Although women are driven by me too, men have a special affinity for dopamine. One of the reasons men who are very successful in the world get where they are is because of me. A very successful actor told me, ‘my drug of choice is more.’ But their desire can also cause them who have trouble enjoying relationships in the here and now and their relationships too often don’t last.”

How to Get the Benefits of Dopamine Without Becoming Addicted to More, Bigger, Better

Dopamine is a wonderful gift to life. It drives our desires, creativity, and search for a partner. However, like most things, we need to balance the desire for more with the joy of what is. Through most of human history we had a better balance between the search for more and the joy of what is, between finding a loving partner and creating the joy of an ongoing relationship.

It was a lot easier to do, when our choices were limited and there were only so many eligible partners in the small bands that were the center of our social world for most of human history. One of the joys of life today, is the greater number of choices we have. But when we have access to millions of potential partners, it is easy to always be looking for a better one. Learning about dopamine, the molecule of more, can help us find the one we love and love the one we’re with. We need to balance the future oriented dopamine rush with the here and now passion and fulfillment of oxytocin, serotonin, endorphins, and endocannabinoids.

You can learn more about the work of Daniel Lieberman, his book The Molecule of More, as well as his new book, Spellbound: Modern Science, Ancient Magic, and the Hidden Potential of the Unconscious Mind, which I’m enjoying now. Find Daniel here and now. Oh, and be sure to check out the wonderful videos on topics we’d all like our psychiatrist to answer.

I look forward to your comments and questions. Come visit me at www.MenAlive.com

The post The Molecule of More: How a Single Chemical Can Improve Your Love Life or Ruin it Forever appeared first on MenAlive.