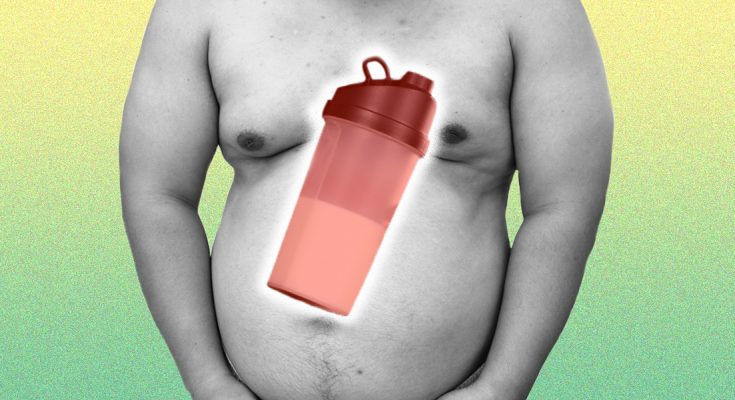 Instead of muscle, will it pack on the pounds instead?

Blame it on Major League Baseball players and their mid-1990s surge in steroid use to trick folks into believing that creatine could generate incomprehensible strength gains over a short period of time.

The instant Mark McGwire offered up the feint of creatine supplementation to throw reporters off the scent of the true source of his goliath gains, people have had outsized expectations for what creatine can realistically accomplish. To this day, there are probably still some who believe creatine is a natural steroid alternative — if not an actual steroid — and also a mass gainer, as if a few grams of an amino acid is going to have you sprouting pounds of new body tissue out of thin air.

It goes without saying that for the majority of people who supplement with creatine, their objective is to gain muscle and strength as rapidly as possible. Obviously, such gains are impossible without a commensurate weight hike, unless you’re also losing body fat at the same time, which is challenging but not impossible.

Moreover, creatine supplementation is usually accompanied by a near immediate increase in water weight. This is because creatine naturally absorbs water into the muscles when it enters them, causing them to look fuller in the process. Due to this water retention, those who take creatine often need to drink a little extra fluid in order to feel adequately hydrated.

One of the things that often goes overlooked when it comes to creatine supplementation are the loading and maintenance phases. A loading phase of about 20 grams over the course of roughly a week is usually necessary before you can begin to reap the full benefits of creatine, followed by maintenance doses of at least five grams during every subsequent day to maintain creatine’s peak usefulness. Of the subjects included in a 2003 study, those who completed proper loading and maintenance phases gained an average of 3.75 pounds during the first month. A later study of soccer players reported that those players reported an average of 2.2 pounds of water weight gained during the loading period alone.

The bad news is, all of these pounds aren’t muscle. The good news is, they’re not fat either. They’re simply a side effect of filling up your body’s creatine stores. For all intents and purposes, the weight gained is inconsequential, aside from the fact that you will now have slightly more weight tacked on to all of your bodyweight movements. Other than that, there is no direct strength or performance benefit attributable to the presence of the water weight, nor should it be confused with a rapid gain in muscle mass, lest you think that creatine is basically a magic potion.

Okay, but when does the creatine kick in, and when do I start seeing true muscular weight gains as a result of it?

The creatine should get to work almost immediately, noticeably boosting your peak power and the number of reps you can complete, and also accelerating aspects of your muscle recovery. There is at least one study indicating that creatine use can enable you to gain muscle mass as much as twice as fast as people who don’t supplement with it, while also enabling you to gain strength 50 percent faster.

To be clear, this isn’t a suggestion that creatine will make you twice as strong as you would get without it. What it’s signifying is that if two people who are otherwise equal in all aspects of power potential are both currently maxing out at 200 pounds on the bench press, the creatine taker is probably going to reach the 215-pound mark at roughly the same time the non-creatine user is approaching 210 pounds. Additionally, if both are tipping the scales at 200 pounds of mostly muscular body weight, Mr. Creatine is probably going to gain four pounds of authentic muscle in the space it takes for his non-supplementing counterpart to gain two.

It’s important to note that creatine doesn’t negate natural barriers the same way steroids and HGH will. It may accelerate the pace with which you achieve your physical potential, but once you’ve reached your pinnacle of muscle growth, it’s unlikely to help you get bigger than that. That said, if you’re a sprint athlete, you’re still likely to benefit from the additional second or two of maximum power output from the ATP phosphocreatine system, just as long as the level of creatine in your cells remains high.

All of which is to say, creatine will definitely make you gain a little bit of weight in the short term, but this watery weight is negligible. It’s what you do once the creatine is in your system that determines whether you pack on any weight with staying — and actual — power.