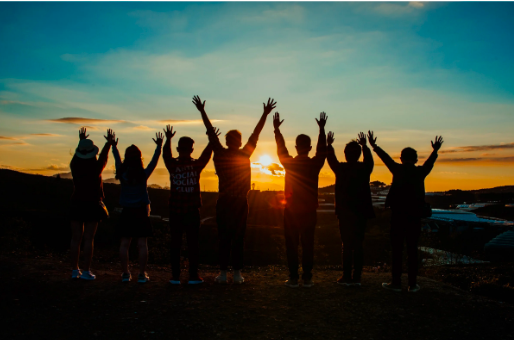 In parts 1, 2, 3, and 4, I described the problem of depression, the extent of the problem, why our current approach is misguided and ultimately ineffective, why focusing on men can help women and children, and the foundations of a new approach for healing. Here I want to describe the program that I use and why this approach can not only heal individuals, families, and communities, but also heal our troubled relationship with the planet that is our only home.

The old approach looks at depression as a disease or mental illness and the treatments of choice are usually some kind of “anti-depressant” and sometimes psychotherapy. I have taken a different approach with my own healing as well as with the people who come to me for help. Rather than viewing depression as a disease, I see it as a symptom of trauma and a dysfunctional social system. In order for us to heal, we have to heal the effects of early trauma as well as social system. Trying to heal depression without fixing the dysfunctional social system and addressing the underlying trauma is like trying to fill a bathtub without putting in the plug.

My Approach for Treating, Curing, and Preventing Depression in Men

When Dan Buettner and others studied the people who lived long and healthy lives, it also became apparent that the lifestyles that helped these people to live long and well, were similar in many ways to the hunter-gatherer lifestyle that was our evolutionary heritage for more than 99% of our human history. Not only was it a lifestyle for living long and well, but it was also a lifestyle that protected people against depression and other of our modern diseases.

My approach is based on the lifestyle habits of the world’s healthiest and longest-lived people as well as my own experiences working with men and their families over the last fifty-plus years.

Ikigai is a Japanese concept that means your “reason for being.” Iki in Japanese means “life,” and gai describes value or worth. It’s why we wake up in the morning feeling excited to get going. In our modern world we often confuse ikigai with our job or career. This is what happened to my father. When he couldn’t find work to support his family, he felt his life had no purpose.

For those living in the blue zones, their ikigai never ends. They may shift their focus as they age, but they don’t retire and play golf. As Dan Buettner described it,

As a father of 5, grandfather of 17, and great grandfather of 2, I know the feeling of holding little ones and feeling blessed as I hug, kiss, and sing to them.

Even people in the Blue Zones experience stress. Stress leads to chronic inflammation, associated with every major age-related disease. What the world’s longest-lived people have, that many of us do not, are routines to shed that stress. Okinawans take a few moments each day to remember their ancestors, Adventists pray, Ikarians take a nap and Sardinians do happy hour.

My teacher, friend, and mentor, Angeles Arrien, studies cultures throughout the world, including indigenous cultures that have maintained the old ways. She said,

I have found dancing, singing, story-telling, and creative silence, to be wonderful practices for reducing the stresses that are an increasing part of modern life.

The CDC-Kaiser Permanente adverse childhood experiences (ACE) study, which began in 1995, is one of the largest investigations of childhood abuse and neglect and household challenges and later-life health and well-being in the world. The studies continue and demonstrate how common ACEs are and the importance of  healing to prevent and treat later health problems.

The more adverse childhood experiences a person has in childhood (i.e. the higher their ACE score) the higher the risk of adult problems from heart disease and cancer to depression and suicide.

According to a recent report by Promundo, “Masculinities and Male Trauma: Making the Connections,” by co-authors Henny Slegh, Warren Spielberg, and Cody Ragonese,

“Men’s exposure to violence, trauma and adversity are key risk factors for men’s self-inflicted harm and their use of violence against others.”

The world’s longest-lived people don’t pump iron, run marathons or join gyms. In fact, they don’t exercise at all. Instead, they live in environments that constantly nudge them into moving without thinking about it. They grow gardens and they walk everywhere.

There are many health benefits to walking. In fact, best-selling author Thom Hartmann believes that walking was the way our ancestors dealt with the inevitable stresses of life. In a wonderful little book, Walking Your Blues Away: How to Heal the Mind and Create Emotional Well-Being, Hartmann has created a way of walking that can treat and prevent depression.

These three simple sentences by journalist Michael Pollan from his book In Defense of Food, captures ancient wisdom as well as that from modern cultures where people live long and healthy lives. It recognizes that much of our industrial diet is based on unhealthy processed foods and we need to eat a more plant-based diet.

Blue zone cultures follow the 80% rule. “Hara hachi bu,”  spoken before every meal by the long-lived Okinawans, is a 2500-year old Confucian mantra that  reminds them to stop eating when their stomachs are 80 percent full. The 20% gap between not being hungry and feeling full could be the difference between losing weight or gaining it. People in the blue zones eat their smallest meal in the late afternoon or early evening and then they don’t eat any more the rest of the day.

People in all blue zones (except Adventists) drink alcohol moderately and regularly.  Moderate drinkers outlive non-drinkers. The trick is to drink 1-2 glasses per day, with friends and/or with food. In the blue zone area of Sardinia, the only place in the world it seems where men live as long as women, they practice all of the nine habits described here. Their special wine, called Cannonau, has three times the level of polyphenols than any known wine in the world. What are you drinking?

Though wine is best known in modern day blue zones, psycho-active plants have been part of human experience for millions of years and many have recently been shown to be helpful in treating depression.

There is an African proverb that captures the need for rites of passage for the young. “If you don’t initiate the young, they will burn down the village to feel the heat. Filmmaker Frederick Marx has spent his professional career exploring and documenting rites of passage beginning with his award-winning film Hoop Dreams. His film Rites of Passage and recent book, Rites to a Good Life, demonstrate the importance of continuing and expanding these life-enhancing rituals.

As we live longer, we also need rites of passage for elders, such as those developed by author Chip Conley who founded the Modern Elder Academy (MEA), whose mission is to reframe midlife from a crisis to a calling.

The final three healthy habits all have to do with connecting to others, perhaps the most important health habit we can practice.

“All but five of the 263 centenarians we interviewed belonged to some faith-based community,” says Dan Buettner. “Denomination doesn’t seem to matter. Research shows that attending faith-based services four times per month will add 4-14 years of life expectancy.”

Successful centenarians in the blue zones put their families first. This means keeping aging parents and grandparents nearby or in the home (It lowers disease and mortality rates of children in the home too.). They commit to a life partner and invest in their children with time and love.

A Moai is a group of life-long friends who join together for mutual support. The world’s longest-lived people chose–or were born into–social circles that supported healthy behaviors. Okinawans created “moais”–groups of five friends that committed to each other for life. Research from the Framingham Heart Studies shows that smoking, obesity, happiness, and even loneliness are contagious. So the social networks of long-lived people have favorably shaped their health behaviors. Choose your Moai well.

I wasn’t born into a Moai, but I created one when I joined a men’s group. We have been together now for many years. My wife, Carlin, believes that the success of our 42-year marriage, in large measure, was the result of my being in a men’s group for 43 years. Both the marriage and my group continue.

I practice all ten of these healthy habits, though it isn’t always easy. I believe all of us can benefit from these practices. They are good for everyone, but particularly for men. I’m convinced that they can not only treat depression, but can go a long way to actually curing it. If enough of us developed these healthy habits, we would achieve our moonshot mission of helping men live fully healthy lives and help humanity heal.

Blue zones aren’t just  “over there.” They can be “right here” where you live. The Blue Zone Project was created to bring these practices to communities throughout the world. You can learn more here.

The post Why Healing Men’s Depression Will Do More Good Than Curing Cancer – Part 5  appeared first on MenAlive. 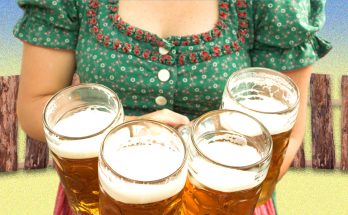