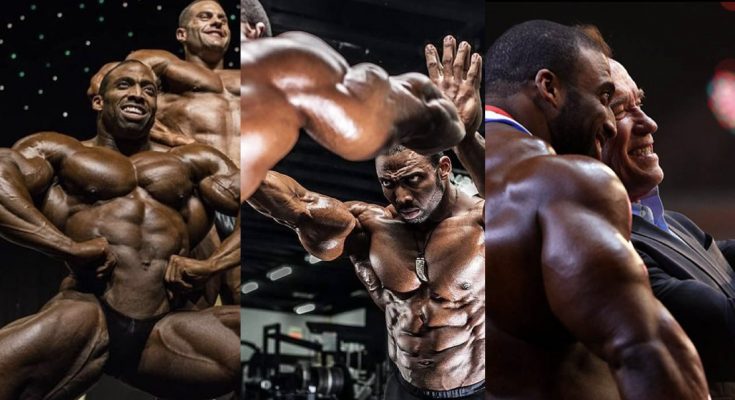 I did not know Cedric McMillan personally. I did meet him once or twice though, and what I could see is what everyone could see, that he was a great bodybuilder. But, clearly in the aftermath of his passing, in light of the public outpouring of emotion from those who did know him, it was obvious there was more to him than that. Much more.

Bodybuilding is one of those pursuits where we can easily separate the outside from the inside of an athlete. Most of us only know the outside. In Cedric’s case, his incredible physique garnered him eight pro wins and four times an Olympia top 10. Many pundits, coaches and assorted industry insiders with whom I have spoken, all agreed that this guy from Maplewood, New Jersey, could easily be crowned Mr. O one day. That’s not a supposition taken lightly; not everyone has Olympia potential. In actuality, a scant few do. The potential truly is that rare. And it should be. That’s what got Cedric the nickname, “The One.”

But, beyond his stellar genetics, genetics that harken back to the classic physiques of days gone by, and his ability to bring tears to your eyes during his exquisite posing routines, it was apparent that Cedric had an even rarer gift. When people die, it’s easy for the good words to come out. You have to be a mighty bad person for anyone to cast aspersions your way in the wake of your ultimate demise. It’s what people say when you walk among us that speak volumes. In Cedric’s case, I’ve never heard a single bad word about him. From his fellow competitors, his friends and acquaintances, to industry insiders, coaches, pundits, and the over half a million followers on Instagram, the consensus is that Cedric was a man as great as his physique. Perhaps Even Greater!

As if that wasn’t enough, his service to our great country in the US Army adds a layer of selflessness in a sport known for its selfishness. In an interview with Fitness Volt he said, “I think the army is part of who I am. I think the army is what made me the man I am. I think being able to get to where I am while maintaining my military career is something I’m also a little proud of.” A little? Yeah. That’s like saying the great pyramid of Giza is merely a tombstone. But, downplaying Cedric’s awesomeness was one of his trademarks.

To me, as not only an observer, but also a bodybuilding fan and a bodybuilder, perhaps the most touching element to Cedric’s career has got to be his 2017 Arnold Classic win. Normally, Arnold interviews the winner on stage and asks some rudimentary questions about their prep, how many hours a day they train, and whatever else they commit to the cause. It’s pretty much his anticipated line of questioning. Well, Cedric didn’t go at it alone. After he was crowned, he pulled all of the rest of the top six with him and approached Arnold. He made it a point to bring them together because to him, it was not about just him. It was about all of them. He loved them and he said so. He stood there and asked the audience to join him in a round of applause for all the guys with him on the stage. “It’s about all of us,” he said.

Then, in the most jovial – almost boyish – yet respectful manner, Cedric held the mike up to “Mr. Schwarzenegger” and turned the tables on his bodybuilding idol. He asked Arnold how it felt to be back at the Arnold again and how many hours he trained to fit into his beautiful suit and something about his beef with Donald Trump. To say the crowd loved it is an understatement. And, from what I’ve been able to glean from Cedric’s friends, fans, fellow servicemen, and fellow competitors —-that was classic Cedric. And you can see clearly by the 4×6 smile on his face that he was in his natural element doing it. Even half naked in posing trunks!

A post shared by Cedric McMillan -The One (@cedricmcmillan)

Cedric’s emphatic reverence for his fellow man extended far beyond the stage – beyond bodybuilding altogether. I asked Chris Aceto, Cedric’s good friend and, at one point his prep coach, if he could expound upon that a little. While Chris loved Cedric’s physique, he said it was his heart and mind that stole the show. “He was kind to people and genuine,” Chris said. “In 2015, at the Arnold in Brazil, an elderly cleaning lady was stationed backstage and she was constantly cleaning up around him; his tanning goop and oil running all over the floor around him – it was a mess. When we got back to the hotel I asked him where was that ridiculously expensive watch they gave you at the show?”Cedric replied, ‘I gave it to the little old lady cleaning up after me.” She could have bought a house with it.

“Cedric was like that,” Chris said. “He always put others before himself. I used to beg him, ‘Dude,you have a show coming up, you can’t be taking care of this person and that person and allowing so and so to come over and dump all their issues on you. You need to protect Cedric.’ Cedric’s reply, ‘I can’t do that.’ He was one of the greatest people I’ve ever known. Happy, kind, funny, caring, and full of empathy and compassion. He impacted so many people. I know it sounds cliché, but in my case it’s not. I will never ever forget him. I will continue to pray for his soul and his family.” Chris’ sentiments are echoed by everyone who’s remembering him today.

A post shared by Cedric McMillan -The One (@cedricmcmillan)

Bodybuilding has lost yet another icon. A potential Mr. Olympia. A protector of our great nation. By all accounts, a great, great man. Someone I wish I had gotten to know.

Godspeed Cedric. Thank you for shining a bright spot in our world and thank you for your service to our country. You touched us all. Undoubtedly, your name is one that will be in our hearts and minds, and on our lips, forever.

The former Arnold Classic winner died at the age of 44. 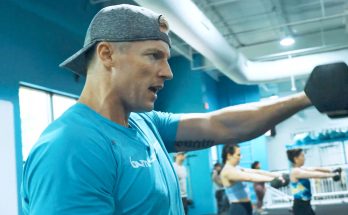 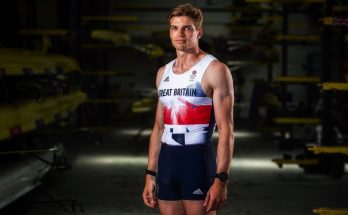 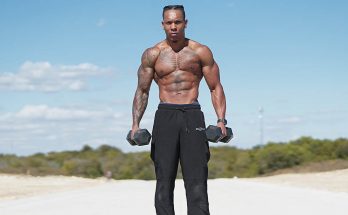