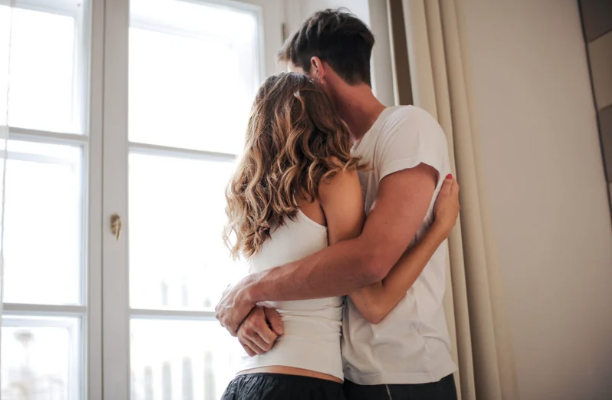 When asked what he thought a psychologically healthy person should be able to do, the famed psychoanalyst, Sigmund Freud, answered, “to love and to work.” Two simple words, love and work. We all aspire to learn to do them well, but the truth is that too many of us fall short. Like many, I grew up in a family where my mother and father provided a distorted map for finding and achieving success in both these endeavors.

My mother grew up without a father. She never understood or dealt with the loss and it undermined her ability to have a joyful and successful marriage. My father longed for a career as an actor, was initially successful, but his career was cut short when he was blacklisted in Hollywood during the red scare in the 1950s. His subsequent depression and despair, when he was unable to work, led him to take an overdose of sleeping pills. He didn’t die from the drugs, but was committed to the state mental hospital and our lives were never the same.

I was five years old when my father was hospitalized and my mother had to go out to work, which it turned out she was very good at doing. She started as a secretary and rose through the ranks to become associate director of a large building supply company. I learned a lot from her about being successful at work, but like many males I thought my love life would take care of itself. I thought if I were successful at work, I’d attract the right woman, and we’d live happily ever after.

I went through two marriages and two divorces before I realized that I needed to learn a lot about love. It started with going into long-term therapy to deal with my wounds from the past. Later, I met and married Carlin. Together we’ve learned the true meaning of love and work and shared it in the book, The Enlightened Marriage: The 5 Transformative Stages of Relationships and Why The Best is Still to Come.

What really opened my eyes and my heart about love was learning about The Harvard Study on Adult Development that has been producing data on how we all can live longer, healthier, and more joyful lives for more than eighty years. The project has followed 724 men since they were teenagers in 1938. The group consisted of men from various economic and social backgrounds, from Boston’s poorest neighborhoods to Harvard undergrads. President John F. Kennedy was even part of the original group. Over the years, the researchers have collected all kinds of health information, and every two years they ask members questions about their lives and their mental and emotional wellness. They even interview family members.

They now have information from four generations of participants, produced more than 200 scientific papers based upon the Study’s data. Nine books have been written about the Study, including Triumphs of Experience: The Men of the Harvard Grant Study, by George E. Vaillant, M.D., who directed the study for more than three decades. The current director, Robert Waldinger, M.D, has written numerous professional articles and given one of the most popular TED talks ever with more than 22 million views. He began by asking the audience,

“What keeps us healthy and happy as we go through life? If you were going to invest now in your future best self, where would you put your time and your energy?”

We all want answers to these questions, but for the first time we have the long-term results from this unique Study that can finally tell us what we long to know and understand. What we now know can help men and the women and children who love us.

“To get the clearest picture of these lives, we don’t just send them questionnaires,”

“We interview them in their living rooms. We get their medical records from their doctors. We draw their blood, we scan their brains, we talk to their children. We videotape them talking with their wives about their deepest concerns. And when, about a decade ago, we finally asked the wives if they would join us as members of the study, many of the women said, ‘You know, it’s about time.’”

There have been many things this 84-year-old Study has to taught us, but the primary thing is that love is about relationships and relationships are the key to health and happiness for men and their families. Close relationships, more than money or fame, are what keep people happy throughout their lives, the Study revealed. Those ties protect people from life’s discontents, help to delay mental and physical decline, and are better predictors of long and happy lives–our love lives as well as our work lives–than social class, IQ, or even the genes we inherit.

“Taking care of your body is important, but tending to your relationships is a form of self-care too. That, I think, is the revelation.”

We know there are differences between men and women as we age, and understanding those differences can help us all improve our love lives.

One of the most significant differences between men and women is in the number and quality of our intimate relationships. Women have more close friends, and what’s most important, they develop and maintain them throughout their lives. Men have fewer close relationships to begin with and as we age the close friendships we may have developed often drop away.

Loneliness has been shown to increase irritability, anger, and depression as men age. It has been shown to be one of the main contributors to the high suicide rate for males over 40.  Dr. Waldinger is clear and emphatic on this fact:

“Loneliness kills. It’s as powerful as smoking or alcoholism. Good relationships don’t just protect our bodies; they protect our brains.”

“The first is that social connections are really good for us, and that loneliness kills. It turns out that people who are more socially connected to family, to friends, to community, are happier, they’re physically healthier, and they live longer than people who are less well connected. And the experience of loneliness turns out to be toxic. People who are more isolated than they want to be from others find that they are less happy, their health declines earlier in midlife, their brain functioning declines sooner and they live shorter lives than people who are not lonely.”

As a marriage and family counselor for more than fifty years, I know that too many marriages fail, just when the couple could be enjoying their lives the most. In fact, nearly 70% of divorces are initiated by women. Not only do men and women suffer when a marriage ends, but often loneliness lives inside the marriage.

“We learned that it’s not just the number of friends you have, and it’s not whether or not you’re in a committed relationship, but it’s the quality of your close relationships that matters. It turns out that living in the midst of conflict is really bad for our health. High-conflict marriages, for example, without much affection, turn out to be very bad for our health, perhaps worse than getting divorced. And living in the midst of good, warm relationships is protective.”

So, the million-dollar question is what can we do to improve our relationships? Although both men and women need to learn relationship skills, I believe men need specific help where they can learn about love and relationship without feeling shamed or blamed. That’s why I’ve started a new program at MenAlive. It’s called “Men’s Relationship Training (MrT): How to Be Wildly Successful at Love and Work.” I teach men the skills they need to improve their relationships in all aspects of their lives, but particularly in relationship to their spouse or intimate partner.

If you’d like more information about The Harvard Study and Dr. Waldinger’s work at the Lifespan Research Foundation where you can learn practical skills for improving your life and relationship, you can visit him here.

If you’d like to learn more about the “Men’s Relationship Training,” email Jed@MenAlive.com and put “MrT” in the subject line. You can also get more resources about my work at MenAlive.

The post The One Thing Men Need to Know About Love: What The World’s Longest Study on Health Can Teach Us appeared first on MenAlive.