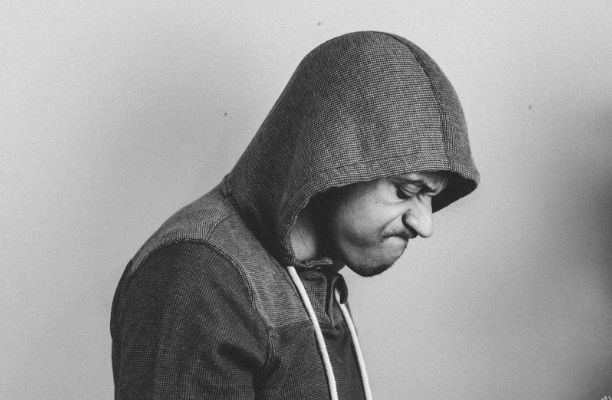 My father was an angry man. His anger was not the kind that explodes in flames, but the kind that simmers and scorches. To those who knew him, he was a kind and gentle man struggling to make a living as writer, but he was doing it in Hollywood during the time when progressive writers, directors, and actors were blacklisted and suspected of being Communists or left-leaning radicals. His dark moods, his pain and anger, were mostly turned inwards. But as a child I didn’t see his pain, only his irritability and anger, and always felt I had displeased him in some way I could never fathom.

I was five years old when he was committed to the state mental hospital at Camarillo, north of our home in the San Fernando Valley. I later learned that he had taken an overdose of sleeping pills. I was an adult, dealing with my own irritability, anger, and depression before I found his journals that he had kept at the time, but had been hidden away with unpublished manuscripts and story ideas that he hoped to sell.

In his last journal I found the following entries:

Two weeks after this last journal entry, my father took the sleeping pills. His irritability, anger, and depression nearly killed him. He didn’t die and he did recover, but not from any help he received in the mental hospital. In fact, while he was there, he became increasingly worse. The doctors told my mother he just needed more drugs. My father had other ideas. He escaped and never returned. I grew up wondering what happened to my father and terrified it would happen to me. I recounted his healing journey in my book, My Distant Dad: Healing the Family Father Wound.

My own issues with irritability, anger, and depression undermined my first marriage and brought it to an end. Still in denial, I didn’t get the help I needed. I met and married a woman on the rebound. She had grown up with a father who was angry and our two wounded and unhealed souls were drawn to each other like moths to a flame.

The fact that she slept with a gun under her pillow might have tipped a healthy person off that this was not a person he should get involved with. For me, I was drawn to the danger, and the unconscious familiarity I felt when I was with her. We were both lucky to get out of the relationship alive.

People who grow with in a home with an angry man, either have anger issues themselves or become addictively attracted to an angry woman or man. It took me years to heal the childhood wounds, but I was finally healthy enough for a healthy relationship. My wife, Carlin, have now been together for forty-two years.

I write about my work with angry men and the women who love them in two books, The Irritable Male Syndrome: Understanding and Managing the 4 Key Causes of Depression and Aggression and Mr. Mean: Saving Your Relationship From the Irritable Male Syndrome. In addition to working with individuals and couples who are dealing with male anger, I’ve developed two self-guided, on-line programs, for those who want to get the benefit of what I teach my private clients in a format they can work on their own:

Heal The Irritable Male Syndrome (IMS) covers many important aspects of IMS including:

Stop Male Anger From Destroying Your Relationship offers additional help and support for women who are living with angry men and includes the following topics:

Recent research on chronic stress and how early experiences of anger impact our adult relationships has provided even more compelling reasons why men, and the women who love them, need help and support. Dr. Lisa Feldman Barrett is among the top 1 percent most-cited scientists in the world for her revolutionary research in psychology and neuroscience. In her recent book, 7 ½ Lessons About the Brain, she says that people growing in an angry environment suffer physical and emotional harm.

“When you’re on the receiving end of ongoing insults and threats, for example, studies show that you’re more likely to get sick.”

She goes on to cite a study of 554 young adults who were asked to rate their exposure to verbal abuse from parents and peers when they were children.

“The scientists found that people who reported exposure to verbal abuse in childhood were more likely to experience anxiety, depression, and anger during young adulthood.”

That has certainly been my experience in my own life and for millions of men and women who don’t recognize or fully understand the damage that male anger can cause. And women who experience male anger growing up can become angry themselves and be abusive with their spouse or children or marry an angry man. The cycle continues until people get help.

That’s why I feel so strongly that male anger, whatever the underlying cause, needs to be addressed and healed.

You can learn more about our work at www.MenAlive.com and you can receive your free newsletter with my current articles and programs for help and support here.

The post What You Don’t Know About Male Anger Can Kill You Or Someone You Love appeared first on MenAlive.