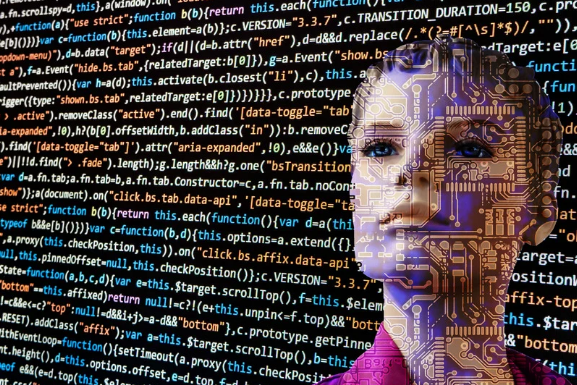 On the morning of August 29, 2004, the world changed for Rebecca and I believe 2004 will be remembered as the year that things changed for the whole world. Here’s how Rebecca remembers that day:

“I was driving to the birth of my nephew Ben. As I was rushing to the hospital, I was typing my address on my GPS screen, plugging my Blackberry into the cigarette lighter, getting my iPod into the docking station, plugging my laptop into the second outlet, putting my telephone headset and seatbelt on, and trying to drink my coffee. All the while keeping a two-ton vehicle moving at sixty miles an hour on the road. That’s when it hit me. Life has become really complicated.”

That same year Mark was wrestling with a complicated problem with his love life. He wanted to learn which women at his college were prettiest and how to get one to date a guy like him. He created a website where students could vote on which of two randomly selected women was more attractive. However, he ran afoul of both the administration and several women’s groups and his website was soon shut down.

Rebecca Costa went on to write one of the most widely read and respected books of our time. The Watchman’s Rattle: A Radical New Theory of Collapse with endorsements from such luminaries as Sir Richard Branson, Dr. James Watson, Dr. Edward O. Wilson, and many others who describe the book as life-changing and critically important.

But, the problem is that few people understand what is causing the these problems or how to fix them.

Based on her experience as a sociobiologist and her unique expertise as a Silicon Valley entrepreneur and CEO, Costa was able to spot and explain emerging trends in relationship to human evolution. She studied past civilizations that collapsed including the Mayans, the Romans, the Egyptians, and others and concluded the ultimate cause their collapse was complexity.

It seems that we humans develop more and more complex systems and civilizations until they ultimately collapse.

“From an evolutionary perspective, social progress moves fast,” says Costa, “but our brains—the apparatus that must process all the new information—evolve over millions of years. So while the world is changing in picoseconds, my brain is struggling to keep up.”

As she studied past civilizations to see what they could teach us about our present one, she found there were two early warning signs of coming collapse:

“Gridlock occurs,” says Costa “when civilizations become unable to comprehend or resolve large, complex problems, despite acknowledging beforehand that these issues may lead to their demise”.

As things become more and more complex and we can’t get our collective brains around the problems, we try and simplify things by holding on to beliefs whether they work or not.

“Throughout human history,” says Costa, “when knowledge cannot be attained, we treat beliefs as if they are facts.”

Costa believes that our current world-wide civilization is on the brink of collapse. When civilizations encounter these two warning signs, the specific calamity that triggers collapse isn’t far behind.

This where the young college student, Mark, comes back into the picture. Although his first attempt at using technology to get a date failed, his next attempt was successful beyond his wildest dreams. After Mark’s website Facemash failed, he and fellow students at Harvard University created a new social network called Facebook.

Like many modern technologies that start out small, some get big, and what began as a service to improve the lives of a few, end up harming many. Facebook now has 2.89 billion monthly active users. Mark Zuckerberg is now 37-year-old  and worth $84.5 billion. In October 2021 Facebook announced that it was changing the name of its parent company to Meta Platforms. The name change reflected an emphasis on the “metaverse,” in which users would interact in virtual reality environments.

How Surveillance Capitalism is Stealing the Lives of Our Children, Democracy, and Minds

In his book Stolen Focus: Why You Can’t Pay Attention—and How to Think Deeply Again, Johann Hari says,

“We think of our inability to focus is a personal failure to summon enough willpower to ignore our devices. The truth is even more disturbing: our focus has been stolen by powerful external forces that have left us uniquely vulnerable to corporations determined to raid our attention for profit.”

Facebook is not the only company whose business model is to addict our children, undermine our democracy, and control our minds, but they are the most powerful and dangerous. A large number of internal Facebook documents and communications were leaked to the Wall Street Journal that showed that the company had responded to claimes that their algorithms had damaged our collective attention and helped the rise of Trump and Brexit by convening a team of some of their best scientists and tasking them with figuring out if this was really true.

After studying all the hidden data the company’s scientists concluded,

“Our algorithms exploit the human brain’s attraction to divisiveness,”

and “if left unchecked,” the site would continue to pump its users with “more and more divisive content in an effort to gain user attention and increase time on the platform.”

A separate internal Facebook team, whose work also leaked to the Journal, had independently reached the same conclusions. Hari reports in Stolen Focus,

“They found that 54 percent of all people joining extremist groups were finding their way to them because Facebook’s algorithms were directly recommending them. This meant that across the world, people were seeing in their Facebook feeds racist, fascist, and even Nazi groups next to the words: ‘Groups You Should Join.’ They warned that in Germany, one-third of all the political groups on the site were extremist. Facebook’s own team was blunt, concluding, ‘Our recommendation systems grow the problem.’”

Hari was shocked by what he had learned.

How We Can Save Our Children, Our Country, and the World?

So, what can be done? Clearly, changing things won’t be easy. The writer, James Baldwin, reminds us,

Rebecca Costa’s book is a wakeup call for humanity.

“In earlier times,” says Costa, “ordinary citizens volunteered as watchmen to protect the welfare of their communities. They patrolled neighborhoods, lighthouses, and important institutions, watching for early warning signs of danger. Surprisingly, these early watchmen never carried weapons. They carried wooden rattles that made a loud, harsh, clacking noise designed to summon help. The sound of the watchman’s rattle was an alarm—a call for citizens to wake from their sleep and quickly join forces against danger.”

Costa followed up her book by creating The Costa Report. The Report is the most in-depth, politically agnostic, one-stop news podcast available. It’s where people in-the-know go to separate fact from fiction, reality from ranting, proven prescription from politics. I am pleased to be one of the regular guest experts.

Another woman who is sounding the alarm is Shoshana Zuboff. She is an expert in the tech field, Professor Emerita at Harvard Business School, and author of three books on technology including her most recent, The Age of Surveillance Capitalism: The Fight for a Human Future at the New Frontier of Power. In this book she reveals a world in which technology users are no longer customers but the raw material for an entirely new industrial system whose purpose is to addict users to their media and sell every detail of their lives to companies who would use us all for the benefit of creating billions of dollars for a select few.

Dr. Zuboff is also one of the experts who appears in the film The Social Dilemma which demonstrates that technology’s promise to keep us connected has given rise to a host of unintended consequences that are catching up with us. If we can’t address our broken information ecosystem, we’ll never be able to address the challenges that plague humanity.

In my own field of mental health, the film shows how design techniques are built into the system to keep us hooked impact our mental well-being. A 5,000 person study, reported in the film, found that higher social media use correlated with self-reported declines in mental and physical health and life satisfaction.

Although the problems we face impact males and females alike, I have come to believe that the problems we face are predominantly problems associate with males. That is why I have made a commitment to heal the wounds that keep men cut off from themselves from each other and the community of life on Earth.

I am not saying men are to blame for the problems we face, but we can’t deny that the world to technology and surveillance capitalism is predominately led by men, who are in positions of power, but who lack the humility, vision, and compassion to recognize the harm they are doing. In my recent article, “Why I’ve Launched My Moonshot Mission for Man Kind in Support of Humanity and You Are Welcome to Join,” I say,

“It is apparent to everyone, though many have trouble accepting the reality, that humanity is in grave danger and we face threats to our very survival. Having worked for more than fifty years in the field of gender medicine, I believe that healing men is a key component for healing humanity.”

If what I’m saying resonates with you, I hope you’ll join us. You can read regular articles like these and learn more about our Moonshot Mission programs by visiting MenAlive and subscribing to our free newsletter. I hope to hear from you.

The post Losing Our Minds: How Our Children, Democracy, and Thoughts Are Being Stolen and What We Must Do  appeared first on MenAlive.