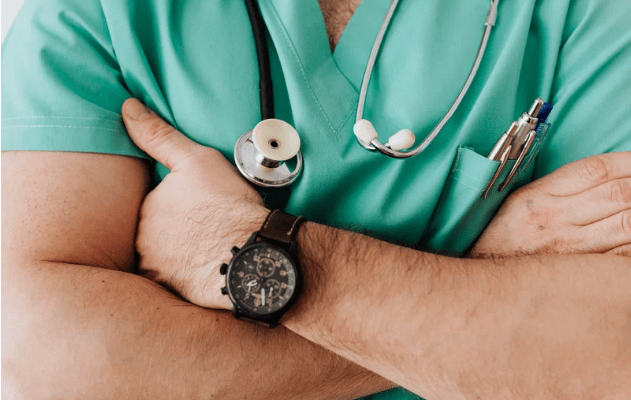 I’ve been interested in men’s health for a very long time. I was five years old when my uncle drove me to the mental hospital. I was afraid and confused. “Why do I have to go?” I asked Uncle Harry. “Because your father needs you,” he answered simply. “What’s the matter with him?” I was beginning to cry, and I clamped my throat tight to stop the tears. There was only silence. In our family, we didn’t talk about such things.

It was only later that I learned that my father had taken an overdose of sleeping pills and committed to the state mental hospital in Camarillo. He had become increasingly depressed because he couldn’t make a living to support his family. Though he didn’t die, our lives were never the same. I grew up wondering what happened to my father, whether it would happen to me, and what I could do to prevent other families from the pain and suffering we went through.

Marianne J. Legato, MD, is an internationally renowned academic, physician, author, lecturer, and pioneer in the field of gender-specific medicine. She is a Professor Emerita of Clinical Medicine at Columbia University College of Physicians & Surgeons and an Adjunct Professor of Medicine at Johns Hopkins Medical School. Dr. Legato is also the Director of the Foundation for Gender-Specific Medicine. Like me, her interest in men’s health also began early.

“My physician father illustrated many of the biological and societal hazards of being male,”

Dr. Legato says in her book, Why Men Die First: How to Lengthen Your Lifespan.

“My mother outlived him by a decade, mourning his absence every day. He was a formal, taciturn man who sometimes framed his conversations with me as though I were his student. Although he suffered through periods of deep depression, I never knew him to complain about the fact that he worked 16-hour days, or discuss any difficulties he may have experience in his personal relationships.”

“My father’s lifestyle was not conducive to a long and healthy life. He had what I came to consider the quintessentially male nature: He worked with an amazing tenacity at his vocation and he never asked anyone for help or complained about the burdens it placed on him. He took risks that were unnecessary, asked no one for advice or counsel, smoked three packs of Philip Morris cigarettes a day, ate huge amounts of pasta, oiled vegetables, and rich Italian pastries, and frequently finished his long day with a generous helping of Scotch on the rocks in one of the beautifully faceted crystal glasses he favored.”

It’s no wonder that, world-wide, men live sicker and die sooner than women. In a recent article, “The Man Kind Challenge: Why Healing Men Will Do More Good Than Curing Cancer,” I reported on a study by Randolph Nesse, MD and Daniel Kruger, PhD that examined premature deaths among men in 20 countries. They found that in every country, women outlived men and concluded,

“Over 375,000 lives would be saved in a single year in the U.S. alone if men’s risk of dying was as low as women’s. If you could make male mortality rates the same as female rates, you would do more good than curing cancer.”

I began working in the field of gender medicine and men’s health on November 21, 1969 when our first child, Jemal, was born. When I held him in my arms shortly after his birth, I vowed to be a different kind of father than my father was able to be for me and do everything I could to create a world where fathers were healthy in body, mind, and soul. At that time there were very few programs that were interested in men’s health. Most of the programs focused on women. Now more programs recognize that men and women are forever connected and our health is intertwined.

One of the recent programs addressing men’s health issues in a significant way is Roman, now called simply Ro. In a 2017 article in Medium, “Why Start Roman,” co-founder Zachariah Reitano says this:

“When I tell people I co-founded a men’s health company, their first reaction is ‘Why?’ “

When I then tell them our first product will help treat men who experience erectile dysfunction, their reaction is silence. I can see their mind churning. Why men’s health? Why erectile dysfunction? Why you? Frankly, I don’t blame them. On the surface, I appear to be a healthy 26-year-old male trying to solve a problem they associate with rich, old men. Based on what is commonly (mis)understood about the topic, their surprised silence is understandable.”

Zachariah’s father, Michael, played a key role in the incubation of Roman and their initial focus on men’s health. In a 2015 article in Medium, “Why Airbnb Brought My Family to Tears (the good kind),” Reitano says,

“My father had his first heart attack and a stroke at the age of 39. In an instant, the fulfillment of his life’s purpose ended. He could never return to his practice, his research was to be completed by others, and he retired from medicine. For the last 20 years, he has been a full-time dad.”

It was in his role as dad, along with his medical expertise, that allowed Dr. Michael Reitano to help his son get the diagnosis and treatment that was needed and the support to launch a company that is now helping millions of men, women, and families. In an article in Forbes, “Digital Health Startup Ro Raised $500 Million at $5 Billion Valuation,” the core values of gender-specific medicine are evident:

“Everyone in Zachariah Reitano’s immediate family has dealt with a life-threatening illness, ranging from congenital heart disease to cancer. But they also had access to a physician 24/7: his dad. ‘Whenever we had a question, we’d go to him and he would handle it from beginning to end,’ says Reitano, cofounder and CEO of New York-based digital health startup Ro. ‘Part of me wanted to place my dad in everyone’s home.’”

Ro has recorded 6 million patient-provider interactions since its launch.

“What Ro represents, is this idea of wanting to create a healthcare system in which patients are in control of their health,”

For the three male co-founders of Ro, healthcare is up close and personal. They say,

“We get it. We’re patients too. We’ve experienced the highest highs and the lowest lows the healthcare system has to offer. We’ve been brought back to life from the brink of death. We’ve brought new life into the world, six times! We, and our loved ones, have defeated some of the most formidable diseases. But we have also been put in debt by exorbitant medical bills. We’ve been lost and without a clue where to turn. We’ve had to put our lives on hold because we couldn’t get sufficient care. We started Ro because we wanted you to never have to put your life on hold because you couldn’t get high-quality, affordable healthcare.”

I believe that the “Men’s Health Revolution” is well underway. When I started MenAlive fifty-two years ago I made a commitment to help men live fully authentic lives, to love deeply and well, and to make a positive difference in the world. It was clear to me then, and even clearer now, that if we can heal men, we will go a long way to helping improve the lives of women, as well as the planet we all share.

If there’s one thing the Coronavirus has taught us, it is this: Humans are out of balance with the community of life. It is time for a new partnership, where we can truly heal men and improve our health and longevity for the benefit of men, women, and children. I know what it is like to be locked in the “man box” trying to live up to societal expectations to climb the ladder of success, even if it kills you. I know how this impacts women and children when they live with men who are cut off from their feelings and who die sooner and live sicker. I look forward to creating a world of true partnership, where men and women live healthier and more joyful lives.

MenAlive, along with a number of like-minded organizations, will be offering programs and practices in 2022 to accomplish these goals.

If you would like to join us, drop a note to Jed@MenAlive.com and put “Mankind Challenge” in the subject line. We’ll send you information on what we all are doing and how you can get involved. If you’d like to receive our newsletter, receive our regular articles, and get information on  upcoming programs, you can subscribe here.