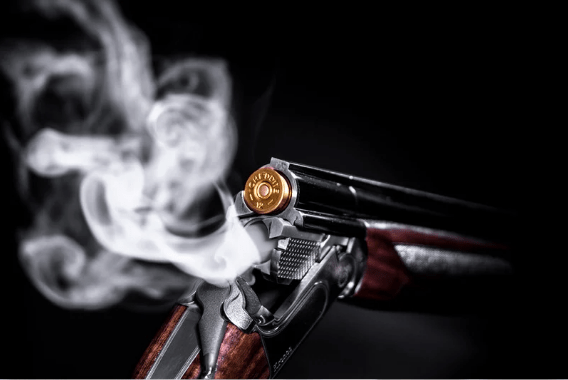 The end of the year can be a time of joy or one of deep anguish. We need to talk about the things we often try and hide. There were times in my life I wasn’t sure I wanted to go on living. When I was five years old, my mid-life father took an overdose of sleeping pills in despair because he couldn’t find work to support his family. I grew up wondering what happened to my dad and worried that it would happen to me. I vowed that I would never be out of work and nearly worked myself to death to keep my promise. I was in my mid-fifties when my company was downsized and I lost my job. I fell into despair and death seemed my best option. I was lucky. I had a supportive wife who encouraged me to get professional help, even though I was resistant. Many others are not so lucky.

Men aren’t the only ones who lose hope and think about ending their lives, but males are at higher risk than females, and our risk is highest when we are younger and when we are older. In his book, Dying to Be Men, Dr. Will Courtenay alerts us to the troubling fact that too many males are killing themselves, sometimes slowly over the course of their lifetime or abruptly through impulsive risk-taking, violent encounters, and suicide. According to the National Center for Health Statistics at the CDC, age-adjusted death rates per 100,000 U.S. population (2019):

Clearly males as a group are more susceptible to “deaths of despair” than are females.

say Anne Case and Angus Deaton, in their book, Deaths of Despair and The Future of Capitalism. Both Case and Deaton are Professors of Economics and Public Affairs Emeritus at Princeton University and go on to say,

“We found something else that puzzled us. Middle-aged white Americans were hurting in other ways. They were reporting more pain and poorer overall health.”

They detail a number of causes and demonstrate that our current economic system is one of the primary factors. They note that

“men without prospects do not make good marriage partners and marriage rates among less educated whites fell, and more people lost out on the benefits of marriage, of seeing their children grow, and of knowing their grandchildren.”

When my father couldn’t find work, he blamed himself. I did the same, as do many men, even when they sense that it is the system that is broken. In a society based on values of “rugged individualism,” being out of work feels like a personal failure. We often don’t realize the importance of jobs until we lose them.

“Jobs are not just the source of money,”

In looking at suicides, Case and Deaton note that

“Suicide, like other deaths of despair, has been increasing among white not-Hispanics in the United States since the late 1990s. This is true at all ages from fifteen to seventy-four, and it has led to the U.S., whose suicide rate used to be unexceptional with those of other rich countries, now having one of the highest rates among them. Women are much less likely to kill themselves than men, in part because they choose less effective means—drugs versus guns—and in part because they are less susceptible to social isolation than men.”

In my most recent book, 12 Rules for Good Men, I quoted social scientists John Cacioppo and William Patrick. In their book, Loneliness: Human Nature and the Need for Social Connection, they say,

“When people are asked what pleasures contribute most to happiness, the overwhelming majority rate love, intimacy, and social affiliation above wealth, or frame, even above physical health.”

Males seem to have more difficulty with love, intimacy, and social affiliation than do women. When I’ve spoken to large groups of men and women, I’ll often ask “how many of you have a number of close friends you confide in?” Most of the women have at least three, other than their spouse. Most men have none. That’s why my first rule in 12 Rules for Good Men was for guys to join a men’s group. It is one of the best ways to address the loneliness epidemic. I’ve been with the same group of guys now for forty-two years.

“Men’s main problem is not self-loathing, stupidity, greed, or any of the legions of other things they’re accused of. The problem, instead is loneliness.”

He goes on to offer this chilling example from a postmortem following a suicide of a man in his 60s.

“He did not have friends…He did not feel comfortable with other men…he did not trust doctors and would not seek help even though he was aware that he needed help.”

I thought of my father. I thought of myself when I felt deep despair. I think about the millions of men in the world who are disconnected from others and feel forgotten and passed over by society. I think about the millions of men who will lose their jobs and an economic system that is based on wealth for a few at the expense of jobs for the many.

“Men’s main problem is not self-loathing, stupidity, greed, or any of the legions of other things they’re accused of. The problem, instead, is loneliness.”

The Brookings Institution is an American research group founded in 1916 and has been rated by the University of Pennsylvania as “the top Think Tank in the world.” They are bipartisan and are cited equally by conservative and liberal politicians. In a recent report, “Addressing America’s Crisis of Despair and Economic Recovery,” they offer important insights about deaths of despair, their causes, and potential solutions.

According to the Brookings report,

“From 2005 to 2019, an average of 70,000 Americans died annually from deaths of despair (premature self-imposed deaths due to suicide, drug overdose, and alcohol and other poisonings), with the numbers increasing gradually over the period. These deaths are concentrated among less than college educated middle aged whites, with those out of the labor force disproportionately represented.”

The report also notes that the problem has gotten worse since Covid-19 arrived.

“The COVID-19 pandemic was a fundamental shock, exacerbating an already a growing problem of despair,”

“Before the pandemic, the U.S. boasted robust stock markets and record low levels of unemployment. Yet those numbers masked the roughly 20 percent of prime aged men (ages 25-54) who had permanently dropped out of the labor force (OLF)—i.e., neither employed nor searching for work.”

Male deaths of despair not only impact millions of men and their families, but also undermines the very foundations of American democracy.

“White despair contributes to decreasing levels of geographic mobility, it reflects in our cognitive skill ‘deserts’, and has political spillovers,”

“For example, counties with more respondents reporting lost hope before 2016 were more likely to vote for Donald Trump.”

“White males out of the labor force, middle class whites with high levels of debt, and whites from towns with high levels of fear of being ‘replaced’ by growing minority populations were disproportionately represented among the protestors who stormed the U.S. Capitol on January 6th,”

The report concludes that

“there is the need for a new federal interagency task force to coordinate existing and new efforts to address addiction, despair, and economic recovery as a critical first step.”

Given the state of conflict and paralysis in our Federal government, I’m not holding my breath waiting for government response.

Over the last fifty-plus years since I founded MenAlive, we have become a world-wide leader in addressing these issues. In a recent article on MenAlive, “The Man Kind Challenge: Why Healing Men Will Do More Good Than Curing Cancer,” I described the efforts of a group of colleagues who, like me, have been working in the field for many years. We had a kickoff event on International Men’s Day on November 19th and are planning further events in 2022.

If you’re interested in getting more information, please send me an email to Jed@MenAlive.com and put “Man Kind Challenge” in the subject line. In the meantime you don’t have to wait to start a men’s group. Just reach out to a guy who you like who may need some extra support. It will be good for you both. Let’s make 2022 a year of greater connection man to man.

The post Deaths of Despair: Are Males More Vulnerable? appeared first on MenAlive.