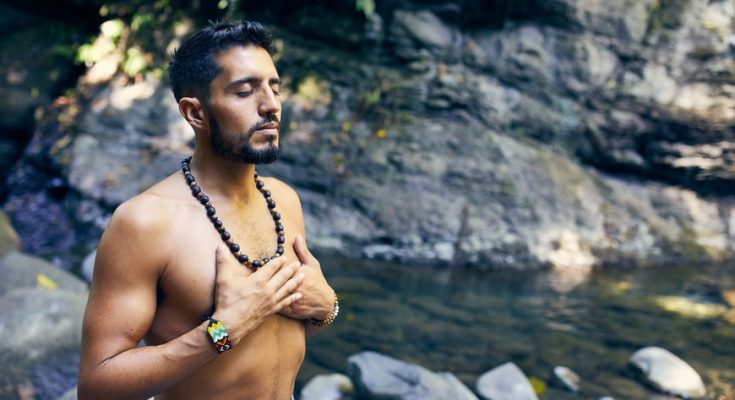 In my recent article, “My Moon Shot Mission to Save Man Kind,” I quoted my colleague Randolph M. Nesse, M.D. who said,

Some may be surprised by the statement, but for me and many men and women working in the field of gender medicine and men’s health, it is a call to action that is needed now more than ever.

A report by The Commission for the Human Future which I learned about from Stanford’s Millennium Alliance for Humanity and the Biosphere (MAHB) says,

The authors of the report, headed by cardiologist and physician Arnagretta Hunter, go on to note,

“While the above may seem like isolated threats, they are parts of a larger puzzle of which the pieces are all interconnected.”

They describe ten potentially catastrophic threats to human survival. Not prioritized over one another, these risks are:

Although all of these catastrophic threats are caused by humans, they are really systemic problems, not the fault of any person or group. Men and women who are fully healthy in body, mind, and soul, can help solve the many threats we face.

Why Improving Men’s Health is Vital for Solving Our Human Problems.

There are so many threats we face, many people become overwhelmed and lose any sense of purpose or meaning in life. Existential threats can result in existential despair. Men and women often respond differently.

The comedian Elaine Boosler captures an important reality about the different ways men and women respond to feelings of pain and fear.

Although the statement is meant to parody the different ways women and men respond, it does speak to a real difference in how some men and women respond to feeling of depression and despair.

Not only would this help millions of men and their families, but it can also provide a purpose that millions of men and women can embrace. We all want to help create a better world for our children, grandchildren, and future generations. Helping man kind and humankind is a mission that we can all get behind.

“Males experience higher mortality rates than females at all stages of life from conception to old age.”

Men die sooner and live sicker than women, which impacts the lives of men as well as women, children, and the extended family.

Let’s look at the specifics areas of men’s health that need improvement. Statistics from the National Center for Disease Control and Prevention show that men have a higher death rate for the ten leading causes of death (numbers are deaths per 100,000 population):

Dr. Will Courtenay is an internationally recognized expert on men’s health.

“Men in the United States have greater socioeconomic advantages than women,” says Dr. Courtenay in his book Dying to Be Men. “Despite these advantages, men—on average—are at greater risk of serious chronic disease, injury, and death than women.”

There is an African proverb that says,

“The child who is not embraced by the village will burn it down to feel its warmth.”

We don’t have to wait for the next mass shooting to be reported in the news to know that there are a lot of wounded, angry, and violent males who don’t feel hope, love, and support from their society.

As we see from the CDC statistics on death noted above, that discrepancy in death rates between men and women are most significant for suicide and homicide. The World Health Organization issued a report, “World Report on Violence and Health” that took a comprehensive look at violence world-wide. In the Foreword to the report Nelson Mandela says,

“Many who live with violence day in and day out assume that it is an intrinsic part of the human condition. But this is not so. Violence can be prevented. Violent cultures can be turned around. In my own country and around the world, we have shining examples of how violence has been countered.”

The report breaks down violence into three main categories:

Self-directed violence is primary suicide. Interpersonal violence occurs most often in families, but also includes community violence. Collective violence involves conflicts between groups and includes genocide, terrorism, and war. Women certainly can be driven to violence, but violence is primarily a problem for men.

Some believe that males are inherently violent. That has not been my experience or the findings of many studies. In their book, Nurturing Our Humanity: How Domination and Partnership Shape Our Brains, Lives, and Future, Riane Eisler, author of The Chalice & The Blade and anthropologist Douglas P. Fry, say:

“Domination-oriented societies provide socially approved channels for this violence, which in turn serve to maintain these kinds of systems. One such channel is the military. Of course, we realize that in a world that still orients heavily to the domination system, armed forces are needed for self-defense. However, because the equation of ‘real’ masculinity with ‘heroic’ and ‘manly’ violence sets up self-fulfilling prophecies of violence, this need would greatly diminish as societies worldwide shifted more to the partnership side of the continuum.”

James Gilligan, M.D. has spent his professional life working with violent men. In his book, Violence: Our Deadly Epidemic and Its Causes, he says,

“Violence is primarily men’s work; it is carried out more frequently against men; and it is about the maintenance of ‘manhood.’ To say that is not to minimize men’s violence against women; it is, rather, to take the first step toward understanding the etiology of all violence, against both men and women.”

If we are going to heal men and heal and save humanity, we need to understand why more and more men feel disconnected and disrespected by the society. In his book, Under Saturn’s Shadow: The Wounding and Healing of Men, psychologist James Hollis gives a concise summary of the ultimate cause of male violence.

“Men’s lives are violent because their souls have been violated.”

The Challenge to Heal the Masculine Soul

On November 19, 2021 I was part of two kick-off events in support of healing men, healing our communities, and healing our world. The first was convened by Ubiquity University. It was called The Masculine Dialogues. The Founder/President of Ubiquity University, Jim Garrison and the other organizers described the importance and timeliness of the event with these words:

“We believe it is time for us to revisit, re-imagine and redefine who we are and what our role is – and can be – in relationship to ourselves, to others, and to the world. It is time to set aside our old beliefs and examine in detail who we can become in order to mitigate the damage we’ve done and begin to contribute more fully to regenerating the world.”

The second event was sponsored by my own organization, MenAlive. It was called, “Healing Men, Healing the Planet” and included myself and long-time colleagues, Riane Eisler, Michael Gurian, Lisa Hickey, Boysen Hodgson, and Frederick Marx as well as many others who work in the field of men’s health. You can learn more about our event here.

Both Ubiquity University and MenAlive are planning to host more events in 2022 and beyond. If you’d like more information, email me at Jed@MenAlive.com and put “Man Kind Challenge” in the subject line. If you’d like to read more articles and get additional information about coming events at MenAlive, I invite you to subscribe to our weekly newsletter.

The post The Man Kind Challenge: Why Healing Men Will Do More Good Than Curing Cancer appeared first on MenAlive.