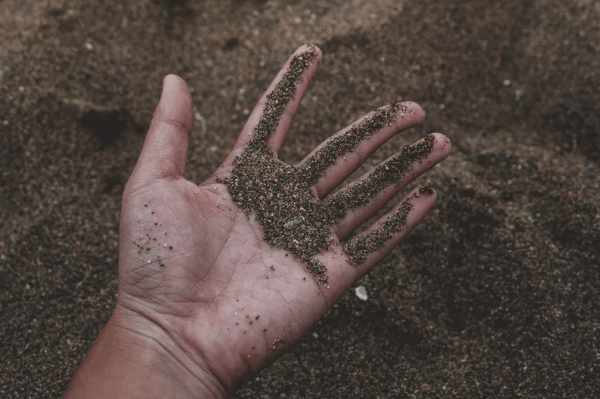 No one has to tell us that we are living during a time of massive change. The arrival of the Coronavirus has impacted everyone on earth, reminded us that we are all connected, and calling humanity to reconnect with our partnership roots before our dysfunctional practices bring about our demise. I recently wrote an article, “My Moonshot Mission to Save Man Kind,” to offer a call to action in support of humanity.

I began the article by quoting from Charles Dickens classic novel A Tale of Two Cities written in 1859, the same year that Charles Darwin’s On The Origin of Species was published. It was set in London and Paris before and during the French Revolution, another time of massive change and speaks to the bipolar nature of our times:

I began my work at MenAlive on November 21, 1969 following the birth of our first son, Jemal. I made a promise to him that I would be a different kind of man than my father was able to be for me and do everything I could to bring about a world where men were fully healed and involved with their families throughout their lives.

Since I began my work helping men and their families more than fifty years ago, there has been a steadily growing recognition of the importance of healing men if we are going to heal humanity. In November 2021, I joined colleagues from all over the world at a five-day conference called “The Masculine Dialogues: Exploring, Reimaging, Redefining What It Mean to Be a Man in the 21st Century”. MenAlive also sponsored a program on International Men’s Day, November 19, 2021, Healing Men, Healing the Planet.

When I wrote my first book, Inside Out: Becoming My Own Man in 1983, there were few books that focused on healing men. Now there are many good books available. One of the best books, that speaks to the times in which we are living, is  Under Saturn’s Shadow: The Wounding and Healing of Men by James Hollis. There is also a wonderful short film by José Enrique Pardo called Soulheal that highlights important themes in the book.

“The title of this book,” says Hollis, “alludes to the fact that men, as well as women, labor always under the heavy shadow of ideologies, some conscious, some inherited from family and ethnic group, some part of the fabric of a nation’s history and its mythic soil. This shadow is an oppressive weight on the soul.”

Hollis begins by naming a number of “secrets men carry” including the following:

I believe that Hollis speaks to the reality that most men are not only estranged from their own fathers, but from the whole lineage of our male ancestors. In my book My Distant Dad: Healing the Family Father Wound, I quote men’s activist Roland Warren who says,

“Kids have a hole in their soul in the shape of their dad. And if a father is unwilling or unable to fill that role, it can leave a wound that is not easily healed.”

One person who recognizes this wound and has a vision for healing is author, poet, psychoanalyst, and post-trauma specialist Clarissa Pinkola Estés. She is well known for her book, Women Who Run With the Wolves: Myths and Stories of The Wild Woman Archetype. She is less well-known for her understanding of wounded men and what they need in order to heal. She served Columbine High School and community after the massacre, 1999-2003 and she continues to work with 9-11 survivors and survivor families on both east and west coasts.

I was present in San Francisco at a workshop she offered with mythologist and author Michael Meade. The workshop was appropriately titled, “Ovarios y Cojones: Labyrinths of Memory and Danger Within Women and Men.”

It was a lively interchange and a powerful collaboration between two powerful storytellers, one male and one female, who alternated in sharing their gifts that took us deeply into the male and female experience. Towards the end of the day something unexpected occurred when Clarissa offered the following poem which took everyone by surprise. “It’s called Father Earth,” she intoned in her quiet voice.

Like most, I had associations with God, the Father, and with Mother Earth. But what she offered in her poem, took me to a whole new world and healed wounds that had been part of the human experience for thousands of years. The room grew quiet. I felt the hairs on the back of my neck come alive when named the title of the poem.

By the end of her poem, I had tears in my eyes. Finally, finally a woman understands, I thought to myself. I’ve recited the poem at many gatherings of men and women. Everyone is moved. For me, it speaks to a number of personal and archetypal truths:

Matthew Fox is another person who recognized the importance of healing the masculine soul through a new understanding of the sacred. In his book, The Hidden Spirituality of Men: Ten Metaphors to Awaken the Sacred Masculine, he says,

“Our culture has latched onto images of God, as Male and then defined for us what male means. Male means winning (being number one in sports, business, politics, academia), going to war (‘kill or be killed’), being rational, not emotional (‘boys don’t cry’), and embracing homophobia (fear of male affection). Male means domination, lording over others—whether nature, one’s own body, women, or others.”

Clearly a new understanding of maleness and masculinity is emerging and demanding our attention and engagement.

“It is time for us to take our manhood back,” says Fox. “And we must do this before it is too late—before excessive yang energy (which is fire) literally burns the earth up.”

This is a calling that can unite man kind and woman kind, humanity and the community of life on planet Earth.

In a recent article, “Father Earth and The New Partnership Revolution: Relationships in the Post Coronavirus World,” I closed with a quote from Pema Chödrön, an American Buddhist nun in the lineage of Chögyam Trungpa Rinpoche. In her book, When Things Fall Apart: Heart Advice for Difficult Times she offers words which seem just right for these times.

“Look at your mind. Be curious. Welcome groundlessness. Lighten up and relax. Offer chaos a cup of tea. Let go of ‘us and ‘them.’ Don’t turn away. Everything you do and think affects everyone else on the planet. Let the pain of the world touch you and cause your compassion to blossom. And never give up on yourself.”

If this article and my Moon Shot for Man Kind resonate with you, please join me at MenAlive to learn more about our work in 2022 and beyond.

The post The 2 Million Year Old Man No One Knows: Awakening The Masculine Soul appeared first on MenAlive.