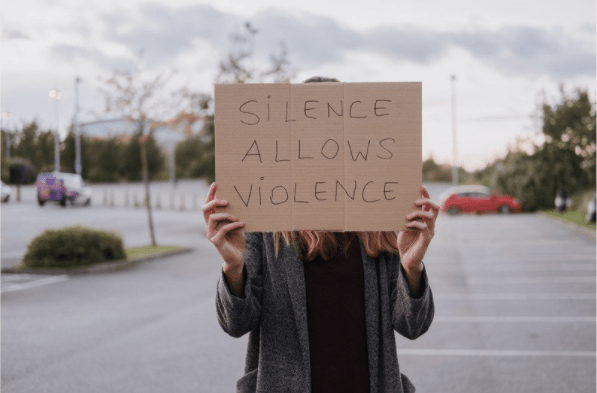 When I wrote the book, The Irritable Male Syndrome: Understanding and Managing the 4 Key Causes of Depression and Aggression, I warned that irritability and anger could escalate into violence. I described the group I directed for men who had been arrested for domestic violence.

“When you talk with these men,” I said, “you wouldn’t suspect that anger is a problem for them. They are generally soft-spoken. They care about their families and they say they wouldn’t do anything to hurt them. Nevertheless, they were involved in blowups that were serious enough to draw the attention of the police.”

Mark is a twenty-seven-year-old man who has been married for four years. He and his wife have a 3-year-old son. He is good-looking, full of energy, and talks easily.  When asked what brought him to the program, like most of the men, he describes the incident as though it were quite minor:

Mark and his wife were the lucky ones. He stayed in the program, listened to the stories of the other men, and gradually began to address his anger and rage. Which led him to deal with his alcohol problems, underlying depression, and the childhood abuse he experienced with his father who beat up his mother and raged at he and his brother when he drank too much.

There are too few programs for people like Mark. Most domestic violence does not get reported and most that is reported is not dealt with adequately. The consequences can be deadly.

• Those involved in domestic violence are not out of the ordinary. They are, in many ways, just like you and me.

• Domestic violence is universal. According to the World Report on Violence and Health,

“Violence against intimate partners occurs in all countries, all cultures and at every level of society without exception.”

• Men tend to minimize the extent or the effect of violent behavior. Although, not always obvious, they usually are quite ashamed of their behavior and want to deny that it happened.

• Domestic disputes often occur when one or both parties are intoxicated.

• Around the world, the events that trigger male violence in abusive relationships are remarkably consistent. According to the World Report on Violence and Health, they include disobeying or arguing with the man, questioning him about money or girlfriends, not having food ready on time, not caring adequately for the children or the home, refusing to have sex, and the man suspecting the woman of infidelity.

In a recent article in The Guardian, “Femicides in the U.S.” writer Rose Hackman notes,

According to analysis of FBI data, of all female homicides accounted for in 2018 where the relationship between perpetrator and victim could be identified, 92% of cases involved women or girls killed by a man they knew, 63% of whom were killed by current husbands, ex-husbands or current boyfriends.

Hackman says in the article,

“This puts confirmed American female intimate gendered killings happening at a staggering rate of almost three women every day. Those circumstances are drastically different to men’s, who are killed by other men in three quarters of cases, and in over a quarter of cases by strangers.”

Hackman goes on to examine male violence towards women in other countries and how it compares to the US.

“While in France, the word femicide, or féminicide, is now used as a way of describing the epidemic of women killed by men in intimate settings, the term is barely understood outside of niche circles in the US,”

“This, in spite of the fact that there are 10 times more women killed in this way in this country than in France (1,014 confirmed intimate acquaintance killings of women in the US in 2018 compared to 120 that same year in France). Adjusting for population size, the problem is twice as bad in the US than it is in France.”

“In Turkey, where so-called ‘honor killings’ are reportedly still practiced, and where the murder of a 27-year-old woman by her ex-boyfriend last summer sparked globally-covered protests, the rate of women killed is also below that of the US,”

“There, 474 women were killed in 2019, compared to 2,991 women in the same year here. Even accounting for the fact that the US is four times larger in population than Turkey, the proportion of femicides here remains distinctly larger.“

Clearly, femicide resulting from male anger and rage is not being addressed adequately in the US. For more than fifty years, I have been addressing these issues in my research, my books, articles, and in my counseling practice. Not all irritability and anger ends in violence. But, even when it doesn’t result in physical violence, the effects can be long-lasting and deadly.

Currently, I am offering an online course for women who want to better understand male anger so they can protect themselves and help those they most care about. You can learn more here.

If you find my articles of interest and aren’t already subscribed to my weekly newsletter you can do so here. As always, I look forward to your comments.