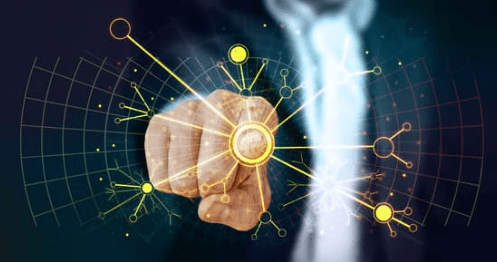 Part 1 — We Can Handle The Truth

My world was turned upside down on November 21, 1969. “Mr. Diamond, you’ve done your job,” the nurse told me. “Now you can go to the waiting room. It won’t be long now.” I felt sad to leave now, but also relieved. I had coached my wife through twenty-two hours of labor with what I had learned from our Lamaze childbirth classes. But I knew the hospital rules: No fathers in the delivery room.

I kissed my wife as they wheeled the gurney one way and I went the other. But as I began to go through the waiting-room doors, something stopped me. I heard the voice of my unborn child. “I don’t want a waiting-room father. Your place is here with us.”

I was shocked, but turned around and walked back down the hallway, walked into the delivery room, and took by place at the head of the table. There was  no question of leaving if asked. My child needed me and I was there. Shortly thereafter, amid tears of relieve and joy, our son, Jemal, was born. When he was handed to me I made a vow: I will be a different kind of father than my father was able to be for me and I will do everything I can to create a world where fathers are fully engaged with their families from beginning to end.

My work in the world had begun and the idea of MenAlive: Helping Men and the Families Who Love Them had come to life. A month later, on December 21, 1969, I turned 36 and was given an early release copy of the book Future Shock by Alvin Toffler which came out in July, 1970. I had always been interested in the future, but the book took my breath away and I feared for the life of my new-born son.

“In 1965, in an article in Horizon,” wrote Toffler, “I coined the term ‘future shock’ to describe the shattering stress and disorientation that we produce in individuals by subjecting them to too much change in too short a time.” Toffler goes on to say, “Future shock will not be found in Index Medicus or in any listing of psychological abnormalities…The malaise, mass neurosis, irrationality, and free-floating violence already apparent in contemporary life are merely a foretaste of what may lie ahead unless we come to understand and treat this disease.”

As a marriage and family counselor I was certainly seeing clients who were feeling the effects of too much change in too short a time. And I was seeing it in my own life and in the lives of my friends and family.

Fast forward to June 1995. I’m in the 4th round of a sweat lodge ceremony at a Men’s conference in Indianapolis, Indiana. The leader has thrown too much water on the hot stones and the lodge has become so overheated that most of the twenty men in the lodge crawled out, including the Native American man who was leading the sweat. I’m sitting in the back, the hottest part of the lodge, but I’m transported into a vision where we are all on a huge ship, the Ship of Civilization. It’s an unsinkable ship, yet this ship is sinking.

In the vision, most of the people don’t believe the Ship of Civilization can ever sink, refuse to get off, and they go down with the ship. A few courageous souls, go overboard into individual boats of life, and as they each row off in their own directions a web is formed that is the beginning of a new way of life beyond civilization. Since 1995 I have tried to make sense of what it means to get off the sinking ship of civilization. I have drawn my own conclusions and written about them in a number of articles.

I got a clearer understanding of what we’re facing in the world from the most important book I’ve read since Future Shock. In The Watchman’s Rattle: A Radical New Theory of Collapse, sociobiologist Rebecca Costa builds on the work of Toffler, Margaret Meade, Malcolm Gladwell, and others. She examined civilizations throughout the world and eventually collapsed. They differed in what was the specific cause of their demise. Yet, the ultimate cause of civilization collapse–whether it was the Mayan, Khymer, Roman, or any other in history—was increasing complexity and the resulting inability to solve the problems humans create. She goes on to examine the danger signs in our current civilization.

Reflecting on our present situation she quotes her mentor, world-renowned biologist E.O. Wilson, who has been called “the Darwin of the 21st Century.” According to Wilson,

The danger we face concludes Costa is this:

“From an evolutionary perspective, social progress moves fast, but our brains—the apparatus that must process all this new information—evolve over millions of years. So while the world is changing in picoseconds, my brain is struggling to keep up.”

“Gridlock occurs,” says Costa, “when civilizations become unable to comprehend or resolve large, complex problems, despite acknowledging beforehand that these issues may lead to their demise.”

“When complexity makes knowledge impossible to obtain,” says Costa, “we have no alternative but to defer to beliefs; we accept assumptions and unproven ideas about our existence, our world.”

With fires raging in the western United States (where I live) and U.N. climate report sounding a “code red for humanity,” not to mention that the Covid pandemic continues to rage, it is clear we face life-threatening dangers. Yet, as a world-community we seem unable to come together to adequately address and solve these existential threats to our existence. In order to solve our problems, we have to face some unpleasant realities about human nature, not the least of which is that we seem to be addicted to self-deception.

We act like the man who thinks he can fly. He climbs to the top a hundred-foot-high building, straps on some home-made wings, jumps of the top while flapping furiously, and as he descends past the fiftieth floor is heard to say, “So far, so good.” We might shake our heads and sadly lament this guy’s stupidity, but is humanity really that much smarter?

We call ourselves Homo sapiens, wise man, but are we really wise enough to save ourselves? Two recent books by well-respected scientists conclude that our penchant to deny reality may be built into our human psyches. In The Folly of Fools: The Logic of Deceit and Self-Deception in Human Life, Robert Trivers, professor of anthropology and biological sciences at Rutgers University, says,

“At the core of our mental lives is a contradiction. Although our senses have evolved to give us an exquisitely detailed perception of the outside world, as soon as that information hits our brains, it often becomes biased and distorted.”

A similar conclusion is made by Ajit Varki, a physician-scientist and Professor of Cellular and Molecular Medicine at U.C. San Diego and Danny Brower, a biologist and geneticist, who was Professor and Chair of Molecular and Cellular Biology at the University of Arizona. In their book, Denial: Self-Deception, False Beliefs, and the Origins of the Human Mind, they conclude that it was not a biological leap that set humanity apart from other species, but a psychological one: namely, the uniquely human ability to deny reality in the face of inarguable evidence—including the willful ignorance of our own inevitable deaths.

One conclusion we can draw is that humans may be too smart for our own good and are doomed to create civilizations that inevitably collapse, while we live in denial until the inevitable end of humankind. Another is that we can learn to honestly address our denial of reality and find a way to save ourselves before it’s too late.

There’s a famous scene in the movie, A Few Good Men, starring Jack Nicholson and Tom Cruise, where the Cruise character goads Nicholson’s, Colonel Jessup to tell truth and Nicholson finally breaks down and screams, “YOU CAN’T HANDLE THE TRUTH!”

It seems that much of humanity is in denial and many believe we can’t handle the truth. Yet, I see many who face reality head on, remain hopeful, and are happy in a world were many are lost in despair. I’ll share more about these people and the formula that we can all use to maintain hope and joy as we find the light at the end of the tunnel.

I look forward to your comments. Come visit me here.