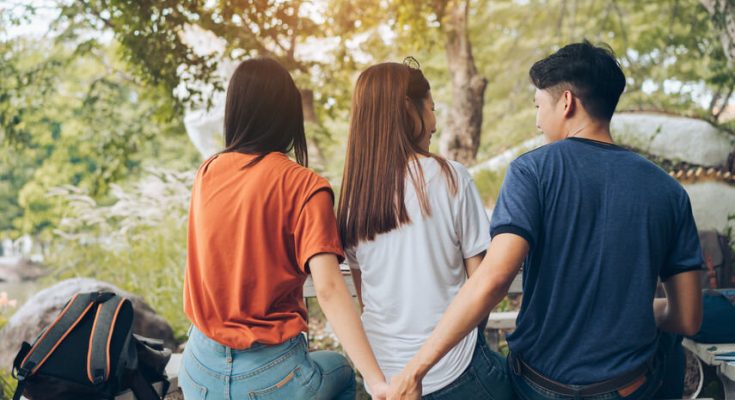 Why does monogamy work for some people but not for others? Research suggests that it might have something to do with the way our brains are ‘wired.’

Consider a study in which 20 heterosexual men underwent brain scans while looking at different types of images. Some of the images were sexual, depicting couples engaged in penile-vaginal intercourse. Others were romantic, showing clothed men and women engaged in non-sexual intimacy. Yet others were neutral, depicting nature scenes or imagery of people engaged in non-romantic and non-sexual activities.

Half of the men were “highly monogamous.” They’d never had a sexually open relationship, nor had they committed infidelity. They also reported having a lower than average number of lifetime sexual partners and said they rarely fantasized about anyone other than their relationship partner.

The other half were “highly non-monogamous.” These men reported having had experience with both sexually open relationships and infidelity. They reported a greater than average number of sex partners in their lifetime and said they had a preference for having multiple partners at the same time.

The results showed that, regardless of relationship orientation, men showed substantial activation of the brain’s reward pathways when exposed to sexual images. Put another way, and not surprisingly, pretty much everyone found the sexual images to be rewarding.

Put another way, monogamous men processed romantic and sexual images in a similar way—and found both types to be very rewarding.

These findings suggest the possibility that different people might be predisposed to different styles of mating based on the way their brains are ‘wired.’ In other words, perhaps tendencies toward monogamy vs. non-monogamy are rooted in brain structure.

Of course, other explanations are possible. For instance, perhaps having more practice or experience with monogamy vs. nonmonogamy “rewires” the brain. In other words, we might be observing the outcome rather than the cause in this case—and with correlational studies, that’s something you can never tell with certainty.

More research is needed to explore this limitation—and also to replicate the findings in larger and more diverse samples (e.g., would we see similar results across gender, sexuality, and other demographic features?). Further, it would be worth exploring whether the brain responses of non-monogamous men vary based on the type of non-monogamy they practice. In this study, all of the non-monogamous men had been both consensually and non-consensually non-monogamous. So what about men who only have experience with one or the other? Do their brain responses differ?

While it’s probably best to consider these results preliminary, they do suggest the possibility that we might have a relationship orientation ‘wired’ in the brain, which would mean that different people might be predisposed to different mating styles.