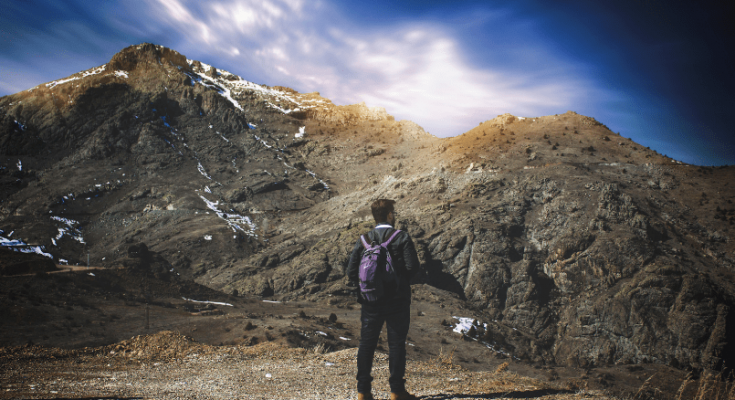 I have been writing a lot lately about The 5 Stages of Love because the ideas and practices in the phrase capture the work I’ve been doing with men, women, and communities since November 21, 1969. Let me invite you to come with me on a short journey into my world. It’s late at night at Kaiser Hospital in Vallejo, California. My wife is in her fourteenth hour of labor and I’ve been doing my best to “coach” her through the breathing techniques we had been taught in our Lamaze classes.

The nurse checks her again and smiles. “O.K, Mrs. Diamond, you’re ready to go into the delivery room. It’s time.” My wife offers a smile of relief and I give her a hug. The nurse turns to me and says, all business now, “Your job is done now, Mr. Diamond. You can go to the waiting room.” I gave my wife a quick hug and wished her well. “I’ll see you after,” I told her. We both knew the rules, which had been spelled out for us in advance. No Fathers in the Delivery Room.

The lights are bright and I am a bit disoriented, but there is no question of leaving if asked. I have gotten the call and no hospital rules are going to keep me from answering it. Soon, amid tears of relief and joy, our son, Jemal, is born. He is handed to me and with tears running down my face, as I look down at him, I make a vow that I will be a different kind of father than my father was able to be for me and do everything I can to create a world where father’s are fully involved with their children and families.

Fast forward to 1972 and my wife and I are in Los Angeles to meet our new little baby. When we were in college and had talked about marriage and children, we decided we would have a baby and then adopt a child. We both felt the world was getting crowded with humans and we should help limit growth by having only one child and then taking a child who needed a home and family.

Angela was 2 ½ months when we first met and when I looked into her eyes and she smiled at me, I fell instantly in love. We had told the adoption agency that we wanted a girl, that she should be younger than our son, but that race didn’t matter. Angela was African-American and bringing her home was another transformational step on the journey of love.

If you had met my wife and I in 1972, you would have seen a couple who were on top of the world. I had a job that I loved as a marriage and family counselor and therapist. My wife, took care of the children and eventually went back to work. No one, least of all me, would have ever predicted that the stresses in our lives would begin to increase and eventually pull our family apart.

Shortly before our tenth anniversary in June 1976, after a short try at marriage counseling, we decided we had to end the marriage. We went to an attorney who tried to mediate an amicable settlement, but our anger and pain overwhelmed us and we went through a rancorous divorce with competing attorneys arguing our case. I was sure my ex-wife was to blame. She was sure I was the cause of our problems.  Our children were caught in the cross-fire and the damage we caused still haunts me forty-five years later.

I continued working helping others, though my own life was a mess. I dated a little while trying to be a decent father to Jemal and Angela who were living with their mother, since the courts at the time felt that mothers were inherently better parents than fathers and my requests for custody were denied.

I had an ill-conceived, and potentially deadly, rebound relationship with a woman who slept with a gun under her pillow. I was sure she was the passionate dream lover I hoped would take my pain away or at least drown it in adrenaline. We got married, much to the surprise of my friends and family. We fought for most of the two years we were together. Even the make-up sex as full of high drama and danger. When I tell you, I was lucky to get out alive without killing her, I’m not exaggerating. You’ll have to read my books if you want to get the full story.

For the next part of the story, we have to go back in time to November, 1949. I’m a month shy of my sixth birthday and my uncle Harry is driving me to Camarillo State Mental Hospital. “Why do we have to go,” I asked. I was trying to hold back my tears.

“Because your father needs you,” he said. Harry was my father’s sister’s husband and was always kind and supportive to me.

“What’s the matter with him?” I wanted to know.

Silence. In our family we didn’t talk about those things.

It took me years to come to understand that my father’s “breakdown” involved him taking an overdose of sleeping pills. He had become increasingly depressed because he couldn’t support his family doing the work he loved. I grew up wondering what happened to my father, whether it would happen to me, and what I could do to keep other families from the pain of growing up with a depressed father and an anxious father who was sure she was going to die, I was going to die, or both of us would die young.

The final part of this journey began in 1979 when I joined a men’s group. It was the first step in my own healing journey. A year later I met my present wife, Carlin, and together we’ve learned about the 5 Stages of Love, which I describe in my book, The Enlightened Marriage: The 5 Transformative Stages of Relationships and Why the Best is Still to Come.

We’ve been joyfully married for forty-one years now, though we both continue to learn more about all five stages of love and the importance of understanding and healing the wounds from the past.

Based on my personal experiences and my professional work over the last fifty-two years helping men and women to live fully, love deeply, and make a positive difference in the world, I’m planning to offer a series of courses on the 5 Stages of Love.

I’m sure not everyone will resonate with everything I’ve shared here about my own journey. But if you resonate with any part of my story and you’d like to learn more about the upcoming training programs, please drop me a note to Jed@MenAlive.com and put “5 Stages of Love Training” in the subject line. Tell me a little about yourself and your interest and I’ll send you details about the upcoming training programs.

I trust I’ve given you a quick overview of my story, enough to help you resonate with your own story, and where you are in your own relationship. This training might be for you if:

To read more articles about relationships come visit me here.

The post The 5 Stages of Love: A Hero’s Journey for Men, Women, and Humanity appeared first on MenAlive.