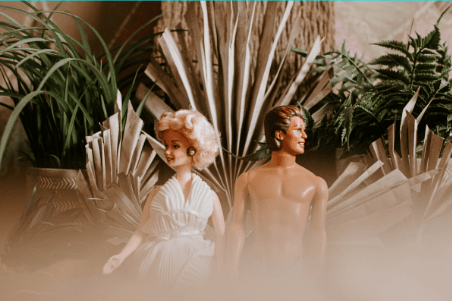 This is the last part of my four-part series to help us better understand why men feel what they feel and do what they do. June is Men’s Health Month and on Father’s day I made available my on-line course “Healing the Family Father Wound.” Like me, many men and women grew up in a home where our father was absent physically or emotionally. It took me a long time to recognize that my father’s absence had impacted my view of myself and caused problems in my later relationships with women and men. There’s still time to sign up for the course. You can learn more here.

If you’d like to review the earlier parts of this article, you can read Part 1, Part 2, and Part 3, but you don’t have to read them in order to learn why men have the warrior spirit and understand the different ways our brains work.

Let me say at the outset, I’m not talking about men being soldiers or going to war.

“Warriorship here does not refer to making war on others”, says Chögyam Trungpa, author of Shambhala: The Sacred Path of the Warrior.

“Aggression is the source of our problems, not the solution. Here the world ‘warrior’ is taken from the Tibetan pawo, which literally means ‘one who is brave.’ Warriorship in this context is the tradition of human bravery, or the tradition of fearlessness. Warriorship is not being afraid of who you are.”

Dr. Joyce Benenson is a professor of Psychology at Emmanuel College in Boston and an Associate Member of the Human Evolutionary Biology department at Harvard University. In her groundbreaking book, Warriors and Worriers: The Survival of the Sexes, she offers new insights about men and women and offers important information based on evolutionary science she says,

“For thousands of years, human females and males have faced different sorts of major problems and found different types of solutions.”

As a result of these different evolutionary challenges, Dr. Benenson concludes,

“At essence men are warriors and at essence women are worriers.”

Women worry about themselves and their families, while men size up the potential danger coming from other males.

“We are not conscious of being warriors or worriers. Rather, being a warrior or a worrier is like having a special program continually running in the background of your mind.”

We are not prisoners of our evolutionary past. War is not inevitable and societies can learn more peaceful ways to solve problems. We can do everything we can to create a society where peaceful warriors can flourish and at the same time we can recognize that there are still times when men will be called to battle.

We need a new kind of warrior for today’s world. “Is now the time,” asks Matthew Fox, author of Creation Spirituality:  Liberating Gifts for the Peoples of the Earth, “when the Earth yearns and humankind yearns for the end of war–to take back the archetype of the spiritual warrior from the Pentagon and bastions of militarism?”

Fox asks who is a warrior today?

Louann Brizendine, M.D. is a professor of clinical psychiatry at the University of California, San Francisco and Co-director of the UCSF Program in Sexual Medicine. Dr. Brizendine has written two books, The Male Brain and The Female Brain and a few of her findings:

It’s the worry-wort center, and it’s larger in women and smaller in men.

It’s the elephant that never forgets a fight, a romantic encounter, or a tender moment—and won’t let you forget it either. It is larger and more active in  women.

In his book, The Essential Difference, The Truth about the Male & Female Brain, Dr. Simon Baron-Cohen says, “The subject of essential sex differences in the mind is clearly very delicate. I could tiptoe around it, but my guess is that you would like the theory of the book stated plainly. So here it is:

He goes on offer scientific studies in support of his theory. He also describes the two types of functioning. “Empathizing,” he says, “is the drive to identify another person’s emotions and thoughts, and to respond to them with an appropriate emotion.” He contrasts empathizing with systemizing which he says is “the drive to analyze, explore, and construct a system. The systemizer intuitively figures out how things work, or extracts the underlying rules that govern the behavior of a system.

He offers a 50 question “Empathy Quotient  (EQ) Test”  and a “Systemizing Quotient (SQ) Test” at the end of the book.

I took the test hoping to have a manly SQ score, but to my surprise, I scored low on Systemizing, but high on Empathy.

Dr. Simon Baron-Cohen did offer the following statement at the beginning of the book, which I read, and promptly ignored (“just like a man,” I imagined my wife shouting in my brain):

When Dr. Baron-Cohen’s new book, The Pattern Seekers, was recently released, he had an updated questionnaire. I thought, perhaps I’d shifted towards the manly end of the scale, but I scored, once again, as an extreme empath. Of course, this is a good quality to have if you’re a psychotherapist and healer. You can check out the test here and see what type you are.

But bottom line, we all have to accept who we are and appreciate our strengths and weaknesses. We also have to accept that a great deal of our brain functioning is a result of our evolutionary history which shows up in everything from our gender differences to our political divide.

In his book Sex, Power, and Partisanship: How Evolutionary Science Makes Sense of Our Political Divide, Dr. Hector A. Garcia introduces the topic with these provocative words:

“A nation’s sinew begins to tear. Triumph in one group is met with fear and bewilderment in another. Old prejudices are reanimated and new ones are invented. The masses succumb to irrational forces, prodded to frenzy by politicians and the media. The nation is poised to devour itself.”

Dr. Garcia goes on to detail the ways in which evolutionary science can help us understand the political divide and how it can be healed.

“The difficulties we face forming cohesive societies in the modern era reflect the psychological adaptations with a simple, ancient purpose—keeping our ancestors alive in a savagely dangerous environment.”

Republicans on the right tend to focus on one set of survival strategies while Democrats on the left focus on others. These different approaches tend to be influenced by gender. For instance, American political commentator Chris Mathews once described Republicans as the “Daddy Party” and Democrats at the “Mommy Party.”

“Republicans protect us with strong national defense; Democrats nourish us with Social Security and Medicare. Republicans worry about our business affairs; Democrats look after our health, nutrition and welfare…’Daddy’ locks the door at night and brings home the bacon. ‘Mommy’ worries when the kids are sick and makes sure each one gets treated fairly. The partition of authority and duty may seem an anachronism from the Leave It to Beaver era, but it’s an apt model for today’s political household.”

Ann Coulter boasted on Fox news, “I am more of a man than any liberal.”

What I would say to Ms. Coulter is, “No, you are 100% female and the liberal men you are comparing yourself with are 100% male.” But I take her point. Gender roles are changing and we don’t have to get locked into outdated and limiting conceptions of masculinity and femininity.

Just as our sex and gender roles need to change, so too do our political roles. It is time the two political parties stopped demonizing each other. Just as children’s lives are better when they have fully engaged and loving mothers and fathers, so too does our country need both the protection and strength of enlightened Republicans as well as the compassion and care of enlightened Democrats. We also need enlightened leaders who represent other points of view than can be contained by the two-party system.

If you appreciate these articles, let me know. That’s the reward I get for writing. If you’d like to read more, come visit me here.