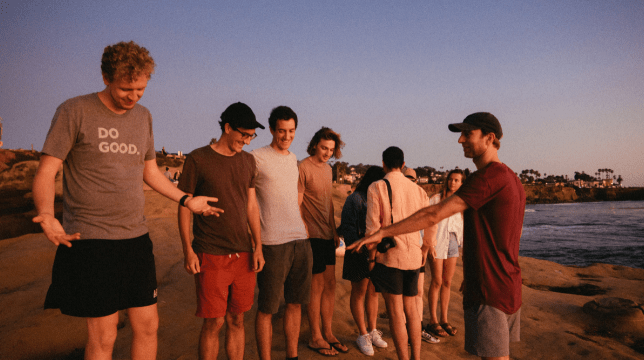 In Part 1, we began our exploration of the hidden reasons men feel what we feel and do what we do. We explored the world of evolutionary science and what it can teach us about men and women. Although we may think about biological differences between men and women, biology is not destiny. Even our genetic essence is not fixed. Though males may have an XY pair of chromosomes in every cell of our bodies and females have an XX pair, that does not mean differences are fixed. In fact, the new science of epigenetics shows how fluid our sexuality can be.

We’ll continue our exploration with open minds and open hearts as we explore the mysteries of sex and who we are as males and females.

Cross-cultural studies demonstrate that children, throughout evolutionary time, must be assured of two kinds of nurturance: (1) The provision of physical security and (2) The provision of emotional security. Although roles can be flexible traditionally men provided the former and women the latter. Dr. David Gutmann, professor of psychiatry and education at Northwestern University offers these evolutionary insights about the division of labor:

“In the species sense, there is always an oversupply of males that are not needed for reproductive success of the species, in that one man can inseminate many females, but women, on average, can gestate only one child every two years during their relatively brief period of fruitfulness.

“The more expendable male sex, armed with large muscles and a greater store of intrinsic aggression is generally assigned to hunt large game and to guard against human and nonhuman predators or to raid other communities for their wealth.”

“By the same token,” says Gutmann,

“the sex on whom the population level ultimately depends on is less expendable. The sex that has breasts, softer skin, a milder nature, the sex that fashions the baby within its own flesh, is generally assigned to secure areas, there to supply the formative experiences that give rise to emotional security for children.”

Dr. Gutmann is not saying that all women must stay at home and all men must go out and “bring home the bacon.” He is saying that someone must be responsible for meeting children’s needs for physical security and emotional security. The division of labor has never been rigid. Fathers have always given a great deal of emotional support to children, and mothers have always provided a great deal of protection.

The insight of evolutionary science leads me to the following conclusions:

Think back to our male ancestors in the animal kingdom competing with each other for access to females. Think about sperm competing to be the first one to the valuable egg. In the scheme of things, females are more valuable and males are more expendable. In his book, Is There Anything Good About Men?, social scientist Roy F. Baumeister, describes things this way:

“Of all the people who ever reached adulthood, maybe 80% of the women but only 40% of the men reproduced.” He goes on to say, “That’s a stunning difference. Of all humans ever born, most women became mothers, but most men did not become fathers. You wouldn’t realize this by walking through an American suburb today with its tidy couples.”

But it’s an important fact throughout our male history. “I consider it the single most under-appreciated fact about the differences between men and women,” says Baumeister.

The reality is that throughout human history, some men had more sexual partners. In fact, some had many partners and some had none at all. Some women would choose to be the second wife of a successful man than the first wife of one who was unsuccessful. Then, as now, alpha males had more sex. But even alphas had to compete to remain on top.

All men fear being passed over by women. They fear they won’t be chosen and in the genetic lottery of life, they will not be able to pass on their genes. Many men experience a basic insecurity and resentment towards women for having the power to reject them. This resentment can turn into violent rage for some men. See my article, “What We Need to Know About Man Kind and the Kind of Men Who Kill Women.” And most men are not consciously aware of their dependency on women and anger that it provokes.

Even successful men today are always trying to have “more.” More money, more resources, more women. If men appear to be more preoccupied with sex than women, its because males are more insecure, always worried that some other man will take his woman.

Most women who want sex, can find a willing partner. Most men have to work for it. Although all individuals are different, most men feel more insecure about finding a sex partner than most women. Understanding this imbalance can help us understand men and help us deal with male anger more effectively.

In Part 3, we’ll continue our exploration. The more we learn about who we are, the more we can accept ourselves and each other. People who feel confident about themselves can be more authentic in their relationships. I describe my own relationship journey in my book, The Enlightened Marriage: The 5 Transformative Stages of Relationships and Why the Best is Still to Come.