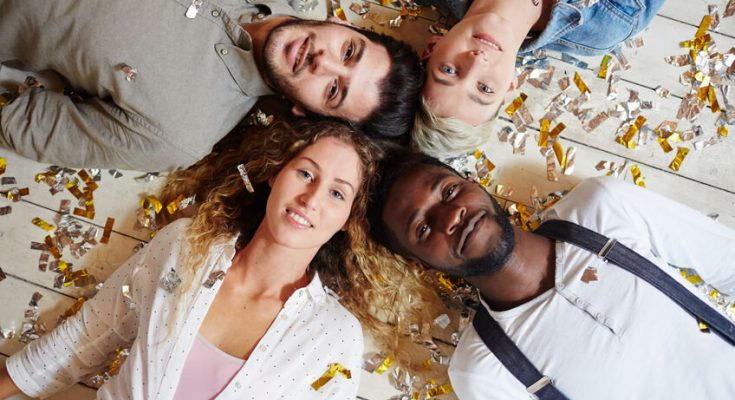 Google trends have shown an uptick in searches related to polyamory in recent years, which suggests growing interest in the idea of consensual non-monogamy (or at least growing curiosity about it). But how many people are actually interested in being polyamorous? And how many have ever tried it before?

In a new study that involved a demographically representative U.S. sample of 3,438 single adults, researchers surveyed participants about their desire for, familiarity with, and previous engagement in polyamory.

For purposes of this study, polyamory was defined as being “in a committed, sexual and romantic relationship with multiple people at the same time.”

What they found was that 16.8% of participants (about 1 in 6) reported the desire to try polyamory at some point. Further, 10.7% (about 1 in 10) reported having previously been in a polyamorous relationship, while 6.5% reported knowing someone who is (or was) polyamorous.

Of those who had personally explored polyamory before, about 1 in 3 said they would be willing to do so again. Thus, people’s actual experiences with polyamory seem to be rather mixed.

Among those with polyamory experience, the most common negative issues reported were being “too possessive to cope” (21.1%) and difficulty navigating the emotional aspects of the relationship (32.8%).

Thus, while the idea of polyamory is appealing to many people, the actual practice of it is something that many appear to find challenging.

There were sizeable gender differences in terms of interest in and engagement with polyamory, such that men were much more likely than women to report desire for and experience with polyamory (which is consistent with what I see in my sexual fantasy research—I find that men are far more likely than women to fantasize about all forms of consensual non-monogamy, including polyamory, swinging, open relationships, and cuckolding).

Likewise, there was a small tendency for younger adults to report desire for polyamory over older adults. I found this to be interesting because in my sexual fantasy work, I actually find the opposite trend—older adults, and especially those at mid-life, report the most frequent fantasies about all forms of consensual non-monogamy. However, we know that sexual fantasy and sexual desire are different things, and whereas I was researching the fantasy, this study focused on the desire.

This research is limited in that it only focused on single adults and only considered interest in one form of consensual non-monogamy; however, it provides an important set of data points in that it is based on a demographically representative sample, which gives us a much more reliable sense of what interest in polyamory might actually look like in the broader population.

These results suggest that, at least among single Americans, a sizeable proportion are open to the idea of polyamory and have experienced this relationship style before. However, they also tell us that the actual practice of polyamory is something that many people seem to struggle with.

This isn’t surprising, considering that most people don’t have a model for how to navigate non-monogamous relationships. This points to the need for more educational resources and tools to support those with interest in consensual non-monogamy to increase the odds of more positive (and pleasurable) experienecs.

If you’re looking for reading material on this subject, a few books you might want to check out include The Ethical Slut, Opening Up, and Polysecure.

To learn more about this research, see: Moors, A. C., Gesselman, A. N., & Garcia, J. R. (2021). Desire, Familiarity, and Engagement in Polyamory: Results From a National Sample of Single Adults in the United States. Frontiers in Psychology, 12, 811.