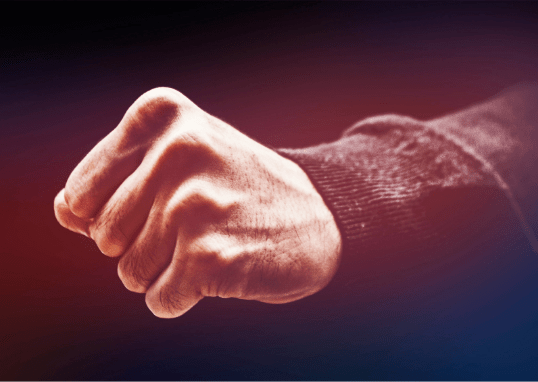 We now have a verdict in the George Floyd case, but male violence continues and must be addressed. We don’t need experts to tell us that we live in a very violent country. The April 16, 2021 headline in the New York Times headlines, “A Partial List of Mass Shootings in the United States in 2021.” The article goes on to say, “The Gun Violence Archive, which defines a mass shooting as one with four or more people injured or killed, not including the perpetrator, counted more than 600 such shootings in 2020, compared with 417 in 2019. That carnage has continued into 2021, with 147 mass shootings as of April 16.

We hear the stories and are outraged and saddened, but we are left with questions to answer:

Most people, including the experts, will say that the problems are complex and solutions difficult to find. I disagree. I believe there is a simple solution that is worth considering. Simple does not mean easy. It will take time to fix the problem, but we can begin right now:

Instead of focusing on “gun violence” or “mass shootings,” or “use of force by the police,” we need to recognize that the problem is male violence. Yes, women can be violent, but most violent people are male.

2. Address the root cause of violence.

Humiliation is at the root of male violence.

Caitlin Roper is a feminist activist. In a Huffington Post blog titled, “Male Violence is the Worst Problem in the World,” she says, “While many of us have been directly harmed by male violence, the threat alone is enough to keep women as a class in a state of fear, controlled, pliable. Yet when reporting on male violence, mainstream media neglects to call it what it is, with headlines often stating the sex of the victim while downplaying the sex of the perpetrator, if even mentioning him at all.”

Women are not the only victims of male violence or know that the threat alone is enough to keep women in a state of fear. Ask any black male in America. But I agree with her main point: Male violence is the worst problem in the world.

What is the root cause of male violence? James Gilligan, M.D. is one of the world’s leading experts on violence and has spent his professional career working with violent men. His experiences can help us understand that humiliation is at the root of male violence. In an interview by psychologist Rebecca Aponte, she began by asking what drew him to work with  violent men.

“That’s a good question,” said Dr. Gilligan. “I think the ultimate answer, as with most major life decisions that people make, goes back to my earliest childhood. I grew up in a family with a father who was quite violent toward my two brothers who he would really whack around. He would knock them across the room to the point where I was really scared he would accidentally kill one of them.”

Gilligan went on to say, “He was never arrested, and nobody ever made a complaint of child abuse or anything. People could see the bruises on my brothers, but nobody would say a word. So without consciously intending this at all, I became interested in becoming a peacemaker and trying to figure out how to prevent violence—how to get it stopped, or how to prevent it from happening in the first place.”

When Dr. Gilligan began working in prisons he learned about levels of abuse and humiliation that he never dreamed existed. “What I found was that the most violent among them, and many of those who weren’t even at the highest level of violence, had been subjected to a level of child abuse that was beyond the scale of anything I had even thought of applying that term to. The most violent people were really the survivors of lethal violence, either of their own attempted murders at the hands of one of their parents, or the actual murders of close family members who were often killed by other family members right in front of their eyes.”

In working in the prisons for more than 25 years, there were only a few times when an inmate attacked him. “I began to realize that each of these incidents had occurred under almost identical circumstances,” says Gilligan. “Namely, it was late in the afternoon, I was getting tired, I was eager to get home to see my wife and family. I wasn’t really completely listening to them, and my lack of attention was disrespecting them. They succeeded in getting my attention. That’s how you do it—you hit somebody, you sure get their attention.”

Gilligan came to recognize that disrespect and humiliation were at the core of male violence. “I have yet to see a serious act of violence,” says Gilligan, “that was not provoked by the experience of feeling shamed or humiliated, disrespected and ridiculed.” This has also been the experience of Dr. Evelin G. Linder, Founding President of Human Dignity and Humiliation Studies. In an article, “Healing Humiliation: From Reaction to Creative Action, written with Director, Linda M. Hartling, they quote Kofi Annan, Nobel Peace Prize Laureate and former Secretary-General of the United Nations. “All the cruel and brutal things, even genocide, starts with the humiliation of one individual,” says Annan.

Linder and Hartling go on to say, “Violent aggression is the most devastating outcome of humiliation. Examples of this are illustrated in incidents ranging from school shootings to suicide bombings.” They note that the origins of the humiliation that leads to violence begins with childhood trauma. “In addition to being profoundly humiliating, being a victim of parental violence and abandonment forces a child into a position in which child feels deeply degraded, devalued, and dehumanized.”

In order to prevent male violence, we must get to the root of what causes men to feel so humiliated that they want to harm others. In the second part of this article, I will explore the way in which abused boys grow up to become abusive and violent men.

If you’d like information on how you can help stop the cycle of humiliation that leads to violence, drop a note to Jed@MenAlive.com and put “heal male violence” in the subject line.

The post The One Thing We Must Do to End Male Violence in America Now and Forever appeared first on MenAlive.