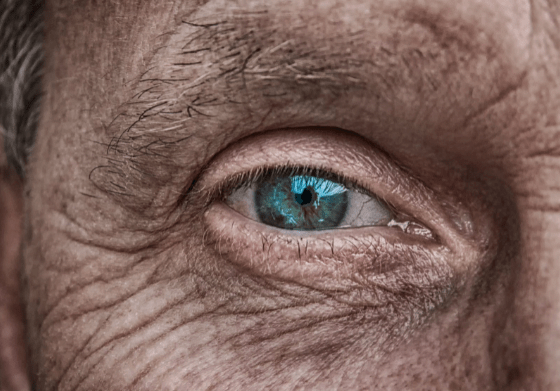 “I am what survives me” – Erik Erikson

“Leaving a Legacy” is one of the chapters of Ken Dychtwald’s new book, Radical Curiosity: One Man’s Search for Cosmic Magic and a Purposeful Life and Ken leads with the above quote from Erik Erikson.

When I was in graduate school at U.C. Berkeley in 1965 I learned about the stages of psychosocial development proposed by world-famous psychoanalyst Erik Erikson. He described eight stages, the psychosocial crisis each of us must confront, and the existential question we must answer.

At a time when I was very unsure of myself and my life path, it brought comfort and order to my days and nights. It still does:

I will be 78 this year and find myself reflecting on my life, the stages I’ve gone through, what lies ahead, what I will leave behind when I’m gone, and what my legacy will be. My friend and colleague, Ken Dychtwald, has written a wonderful book. In Radical Curiosity: One Man’s Search for Cosmic Magic and a Purposeful Life, he offers great wisdom and an exciting ride through all the stages of life.

Like me, he’s enjoying the later stage of life while still feeling the presence of all the earlier stages. “I’ve discovered that growing older hasn’t been a Lego-like replacement of ‘young’ Ken figures  with increasingly older versions. Instead, all of these younger me’s are still very much alive and thriving, layered and integrated over the years into a fuller, more experienced, wiser, and more complex human who continues to grow and evolve.”

Some Ken’s mentors you’ll read about in the book include a number who were moved to offer us a glimpse into Ken’s world which can enrich our own:

And what subject could be more important in today’s world of conflict and disconnection, anger and violence, a global climate crisis and a world-wide pandemic, than finding guidance for living a purposeful life?

What I appreciated most about the book is the practical wisdom Ken shares. One of life’s challenges we all must address is the reality of our own death as well as the death of those we love. In the chapter on Aging, Death, and Beyond, he interviews legendary religious scholar Huston Smith. Dr. Smith was raised as a Christian by Methodist missionary parents in China and having also studied and practiced Vedanta, Zen Buddhism, and Sufism throughout his life, Smith’s book, The World’s Religions, stands as an iconic reference to the role different religions play in the people’s lives worldwide.

Huston Smith was 91 years old when Ken interviewed him at the Buddhist seminary in Berkeley, California. Ken asked honest questions and drew out practical wisdom about what we can all learn as we face our own mortality:

Ken: With your own aging process, do you think of it as an ascent or a descent?

Houston: With the body it is very clear; it is a descent. Yes, old age sort of creeps up on one, so incrementally that you don’t realize that you crossed the line and you’re old. But with the mind and spirit, it’s easy to say that aging is an ascent.

I love St. Paul’s statement in one of his letters: “I have learned whatsoever condition I find myself in therein to be content.” I think that’s wonderful, and I am practicing that.”

Ken: Do you question whether or not this pursuit of a conscious life was the right path or not?

Houston: Well, it was Socrates who said, “the unexamined life is not worth living.” I agree 100%.

Ken: If I were to ask you to provide simple advice about how to age well and you’d give five suggestions to younger people based on your life experience, what would you advise?

Second, keep your mind alert and occupied. I recently reread The Brothers Karamazov by Dostoevsky. It’s complicated, but it an amazing book.

Third, friendships are very, very important. I have a friend I pick up for lunch about three days a week to go out, and we have an enjoyable time. Just being with friends and catching up on what’s going on in their lives is so nourishing, at so many levels.

Fourth, do not overlook the beauty of the world.

Fifth, listen in order to understand the lives of others that you are associated with because they, too, have their story.

Ken: And making the most of it, of one’s life, of one’s aging, how is that done?

Houston: How do you make the most of your life? By making the right choices and trying, from experience, to cultivate wisdom. I have sought out His Holiness, the Dalai Lama, Gerald Heard, Aldous Huxley, and so, and I have been rapacious in trying to assimilate as much wisdom as I can from them. I think I’ve gleaned almost ruthlessly from wise people.

As you read Ken’s wonderful book, you, too, can become rapacious in assimilating wisdom. You will definitely meet some of the world’s leading experts that Ken has learned from along the way.

The thing I learned from Ken, which touched me the most, was the exchange he had with his father at the end of his life. Ken recalled, “Not knowing how I should handle my dad in this truly extreme situation, I called one of my closest friends Stuart Pellman, who was a bit older than me and had already dealt with the death of both of his parents. He wisely told me, “Get one-on-one time with your dad, and tell him everything you need to tell him. Even if he’s unconscious, tell him you love him, ask him to forgive you for anything you may have ever done to trouble him. Tell him you forgive him for anything he might have ever done to upset you, and then tell him you’ll always remember him.”

“And that’s what I did,” Ken says. You can read the full exchange towards the end of the book, but you will be moved most fully and learn most deeply once you’ve read everything that led up to the end.

You can get more information about Ken’s book and order your own copy here.

To learn more about my own healing journey over the last 50 years, you can take a look at my latest book, 12 Rules for Good Men, here.

The post Leaving A Legacy: Values and Lessons For The Later Stages of Life appeared first on MenAlive.