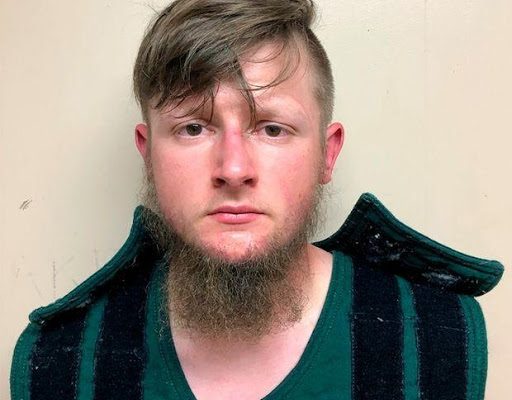 When scientists turn their attention to people, they usually focus on the entire human race, humankind, or about individual human beings. I’m a social scientist who has worked as a psychotherapist with individuals for more than fifty years. I also have been studying, what anthropologist Lawrence A. Hirschfield calls, “human kinds,” particularly the large group of humans we call men.

I have written sixteen books including The Warrior’s Journey Home: Healing Men, Healing the Planet, The Irritable Male Syndrome: Understanding and Managing the 4 Key Causes of Depression and Aggression, and my most recent book, 12 Rules for Good Men. I also write weekly articles on my blog,

In the aftermath of the tragic killings of eight people in Georgia, I wanted to share some things that we need to know about men, and particularly the kind of men who kill women, so women can protect themselves and we call can protect those we love. According to the Wall Street Journal article March 19, 2021, “Eight people, many of them women of Asian descent, were killed in three shootings at massage parlors in the Atlanta area. Police have identified and detained a suspect, Robert Aaron Long.”

While writing this article, the U.S. experienced another mass shooting in Boulder, Colorado: “Monday’s carnage was the nation’s second mass shooting in a week, coming six days after an attack at three Georgia massage spas that left eight people dead.” Both episodes remind us that male violence and gun violence are intimately linked.

There is still much to learn about man who committed the murders in Atlanta. But here are a few things we know according to writer Alyssa Choiniere, in an article, “Robert Aaron Long, Atlanta Asian Spa Shootings Suspect: 5 Facts You Need to Know:”

In the article, Choiniere said,

“While authorities emphasized they had no indication the massage parlors Long targeted were involved in any sort of illegal activities, or that Long had even visited those specific locations, the suspect claimed his goal was to eliminate temptation.

‘He sees these locations as… a temptation for him that he wanted to eliminate,’ Cherokee County Sheriff’s Office Captain Jay Baker said. Baker said officials asked Long directly if he had racist motives, and Long denied this.”

Long had been treated for sex addiction and spent time in rehab, according to CNN. His addiction involved endless hours of watching pornography and visiting spas for sex. He told law enforcement he initially planned to kill himself but decided instead to “help” others with sex addiction by targeting spas.

Long was dealing with a sex addiction that involved him spending hours watching pornography and sometimes going to massage parlors for sex, CNN reported. He had lived with his parents until the night before the shooting, an anonymous 911 call obtained by CNN indicated.

Long was found with a 9-mm gun during his arrest, authorities said in a press conference Wednesday morning. He bought the gun earlier in the day from a Cherokee County gun shop, according to The Atlanta Journal Constitution.

In the coming weeks and months, we will learn a great deal more about why Robert Aaron Long killed the people he killed, but there are things we know now about why so many men are violent. Here are some initial thoughts, based on my own experience and life work.

Violence is a universal challenge and not the result of “a few bad apples.” As the “World Report on Violence and Health” published by the World Health Organization (WHO) says, “No country or community is untouched by violence.” The report also says that violence is primarily a male issue.

Many violent men seem like “nice, God-fearing, guys,” and those who know them are surprised that they could have committed such violent acts. But violence doesn’t occur by accident. When we learn about the underlying causes, we can learn to prevent violence. Based on my own work with irritable, angry, and violent men over the last fifty years, here are some of those underlying causes:

Most violent men I’ve worked with grew up in households where violence was present. Often the perpetrator was the father,  stepfather, or other male in the home. Sometimes the violence was directed at the boy. At other times, the boy may have experienced the violence directed at other family members.

ACEs are adverse childhood experiences that harm children’s developing brains and change how they respond to stress. ACEs damage the immune systems so profoundly that the effects show up decades later. ACEs cause much of our burden of chronic disease, most mental illness, and are at the root of most violence.

ACEs include physical, sexual and verbal abuse, physical and emotional neglect, as well as growing up in a home where a family member suffered from mental illness, alcohol or drug abuse.

Violent men often express their pain and fear through anger and aggression. According to Jane Ellen Stevens, founder of AcesTooHigh,

“People who have an overabundance of ACEs live out their lives in a number of predictable ways: They endure lives of depression, over-achieving, extreme anger, and/or anxiety. People who use anger to cope with their ACEs will latch onto anything that satisfies the craving for hate, including racism, hate groups, misogyny, etc. Fueling their hate is the belief that the world is a dangerous place, based on the traumatic experiences seared into their tiny bodies and brains when they were babies.”

In her book, Men Who Hate Women: From Incels to Pickup Artists: The Truth about Extreme Misogyny and How it Affects Us All, Laura Bates focuses on the most virulent groups of men who express their violence towards women. Bates says,

“Misogyny and violence against women are so widespread and so normalized, it is difficult for us to consider these things ‘extreme’ or ‘radical,’ because they are simply not out of the ordinary. We do not leap to tackle a terrorist threat to women, because the reality of women being terrorized, violated and murdered by men is already part of the wallpaper.”

Although most men are not violent and most men treat women with care and respect, many men are ambivalent towards women, both idolizing them and resenting the power they have over them. In his book, Misogyny: The Male Malady, anthropologist, David D. Gilmore, says,

“Man must cling helplessly to woman as a shipwrecked sailor to a lifeboat in choppy seas.  He desperately needs her as his salvation from all want and from oblivion; his dependency is total and desperate. But, and here’s the rub, man must also separate from woman to achieve anything at all. He must overcome his desire to regress to infantile symbiosis with her if he is to be accountable as a man.”

Although both males and females can commit violent acts, males are both more likely to be the perpetrators of violence as well as the victims. Men’s violence against women, men, and the planet are interrelated.

The World Report on Violence and Health divides violence into three broad categories:

In order to prevent future violence towards women, we need to recognize that violence is primarily a male problem and impacts us all. At MenAlive we focus on healing men so that women, children, and the planet we all share, can be healed. This month we’re offering a special on my book, The Irritable Male Syndrome: Understanding and Managing the 4 Key Causes of Depression and Aggression. One way to prevent violence is to deal with the early warning signs. I look forward to your comments.

The post What We Need to Know About Man Kind and The Kind of Men Who Kill Women appeared first on MenAlive.