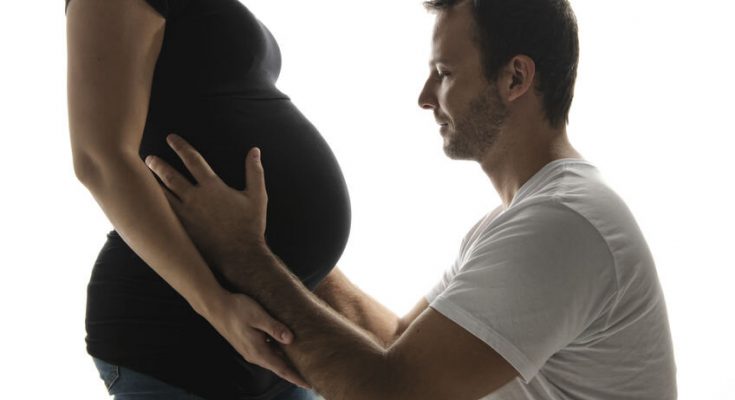 In the last couple of years, I seem to have become the go-to person for journalists and sex therapists who want to know how common a given sexual fantasy is. I’ve started getting regular emails that say, “if anyone would know how popular this fantasy is, it’s you!” As it turns out, they’re right more often than not,

I surveyed 4,175 Americans about their sexual fantasies for my book Tell Me What You Want. The survey I administered consisted of 369 questions and, to my knowledge, it is the most comprehensive survey of sex fantasies conducted to date. I ended up having way more data than I could reasonably fit into a single book, so I often get asked about the fantasies that I didn’t have room to explore.

Case in point: the other day, one of my colleagues asked how common it is to have fantasies about pregnancy—and, sure enough, this did appear on my survey. Here’s what I found:

One of the survey items asked how often people fantasize about “becoming pregnant or getting someone pregnant” (I know—it’s a double-barreled question and I wish I had asked about each part separately, but I ran into a wall with the length of the survey).

Overall, 30% of my participants reported having had this fantasy before, and 7.5% said they fantasize about this often. When broken down by gender identity, the numbers were:

For women, the numbers didn’t differ that much based on sexual orientation. For men, the main difference was that gay men (9%) were far less likely to report this fantasy than men of other orientations.

I also asked people if they’d fantasized about “sex with someone who is already pregnant.” Overall, 26% reported having had this fantasy and 4% said they fantasize about this often. Broken down by gender, the numbers were:

· 9% of women had this fantasy before, while 2% had it often

· 29% of trans and non-binary folks had this fantasy before, while 7% had it often

For women, the numbers varied across sexual orientation, such that lesbian- and pansexual-identified women reported much higher rates of this fantasy (29% and 23%, respectively). For men, again, those who identified as gay (2%) were much less likely to have this fantasy than men of other orientations.

What you can see from all of this is that fantasies about pregnancy or pregnant partners are not uncommon; however, there is pretty substantial variability in these fantasies across both gender identity and sexual orientation.

So why are these fantasies so common? Part of it may be due to early childhood learning. For example, a study published in The Journal of Sexual Medicine found that sexual attraction to pregnant and lactating women is linked to having more exposure to maternal pregnancy and lactation in childhood. So, specifically, this interest tends to be more common among older children who had more siblings.

However, I also see in my own data that fantasies about becoming pregnant or getting someone else pregnant are linked to having a more active imagination—so, sometimes, these fantasies are simply the product of having a wandering mind. People with active imaginations tend to fantasize more about almost everything.

I found that people high in attachment anxiety (i.e., those with more fear of abandonment and who need a lot of reassurance from their romantic partners) and those high in neuroticism (i.e., those with more emotional instability) report more of these fantasies as well. This is interesting because it suggests that some people may be drawn to pregnancy fantasies as a way of potentially reducing stress and anxiety.

For instance, someone who is worried about their partner leaving them might find comfort in fantasizing about sex that results in pregnancy because they see pregnancy as a cue or sign that their partner will stay.

As always, our sexual fantasies have very complex roots—and different people may fantasize about the same thing for very different reasons.