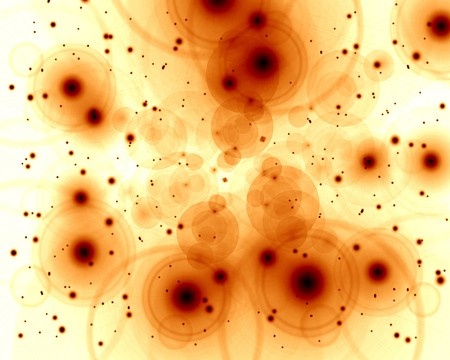 Most of us like to think of ourselves as having free will. We engage in behaviors—sexually and otherwise—because we choose to do so, right? But what if this wasn’t entirely true? What if some of our behaviors were unknowingly being manipulated by microorganisms that entered our bodies and brains?

I know what you’re thinking—this sounds kind of crazy, bordering on science fiction or conspiracy theory. But hear me out. Science suggests that there might very well be something to the idea that viruses (including STIs) could potentially “hijack” your brain, subtly directing you to behave in ways that serve the virus and help it to reproduce. Let’s take a look at the evidence.

A few years ago, I wrote a fascinating (and disturbing) article on how a certain sexually transmitted infection in crickets seems to wield a powerful influence over their mating behaviors in a way that appears to help the infection spread more easily. The virus makes the host infertile, but doesn’t cause any apparent change in external appearance (i.e., the cricket doesn’t look or appear to be sick), nor does it cause a change in general behavior—except that it makes male crickets much faster to mate, thereby creating more opportunities for viral spread.

Since publishing that article, another study has come out showing that cicadas infected with a deadly fungus essentially go on a “sex binge” post-infection, which helps to disperse the fungus far and wide. Here’s an article summarizing the research that’s well worth a read. It might be a tad sensationalized, given that it describes infected cicadas as “rampant sex-bots of destruction” (ha!), but that’s honestly one of the best lines I’ve read in a long time. If you’d rather read the more serious academic version of the study, you can find it here.

However, this is just the tip of the iceberg. Check out the fascinating TED Talk below titled “Zombie Roaches and Other Parasite Tales” by science writer Ed Yong for more provocative and disturbing examples of how parasites can manipulate a host’s behavior in dramatic ways.

Now, all of the examples discussed so far are about insects and animals. So is there any evidence that something similar can potentially happen in humans? Yes. Although not an STI, rabies is a prime example. In mammals, rabies increases aggressiveness and leads to more fighting and biting, which helps the virus to spread faster.

But what about STIs? Are there any STIs in humans that might alter sexual behavior in order to enhance viral spread? There has been very little research to date exploring this possibility, but a recent study actually suggests that HIV might potentially operate in this way.

The authors of this study (published in the journal Evolution, Medicine, and Public Health) hypothesized that “during the acute and early stages of HIV infection, the virus manipulates host behavior such that it increases male sexual behavior, resulting in more frequent and riskier sex with more partners.” Of course, providing a direct test of this hypothesis through a randomized controlled trial would be unethical, so what the researchers did was analyze reports of sexual behavior in studies of gay men who had recently been diagnosed with HIV.

They looked at data from five existing studies, and they all showed a similar pattern: when viral load (the amount of virus present in the bloodstream) was higher, people had more partners and more unprotected sex—and, importantly, when viral load is high, this is when the risk of disease transmission is greatest.

Of course, as mentioned above, this study has its limitations and alternative explanations are possible. However, it provides the first compelling evidence that STIs could potentially lead to sexual behavior modification in humans in ways that increase disease spread. Given all of the previous insect and animal studies demonstrating similar phenomena, it does at least seem plausible that some STIs in humans might have this effect. All of this points to the need for further research (including research that explores STIs beyond HIV) to better understand what’s going on in the interest of public health.

Watch more videos on the science of sex and relationships here.