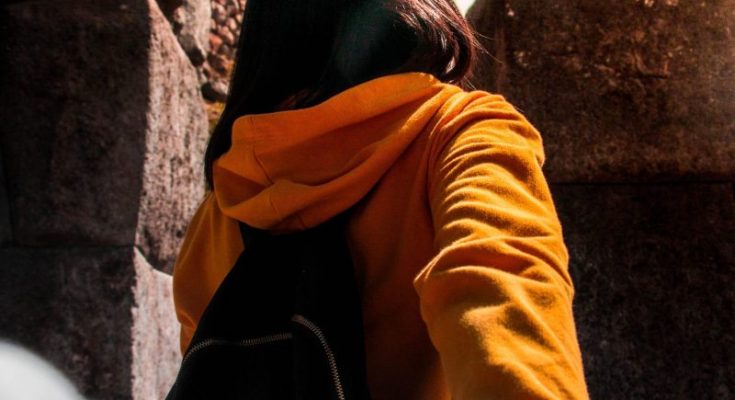 How to Navigate the Coming Collapse

As Rebecca Costa notes in Part 1, “when complexity makes knowledge impossible to obtain, we have no alternative but to defer to beliefs; we accept assumptions and unproven ideas about our existence, our world. When a civilization encounters a cognitive threshold and begins substituting beliefs for knowledge, the specific calamity that triggers collapse isn’t far behind.”

So, what is one to do? Here, I’ll suggest five things we should all consider doing:

In answering the question “What is Enlightenment?”, philosopher Immanuel Kant drew on the Roman Poet Horace’s coined phrase, Sapere Aude, which translates to “dare to know.” Written in 1784, Kant’s words can guide us today. “What is enlightenment?”, Kant asked. “It is man’s emergence from self-imposed immaturity…not in any lack of understanding, but in indecision and in the lack of courage to use one’s own mind.”

As Rebecca Costa reminds us, it takes courage and perseverance to attain real knowledge. It’s easy to hold a belief and defend it. Science requires us to test our facts, allow others to replicate them, re-test, assess, interpret, process, learn, and apply. Science, as opposed to dogma, is always open to new information. As new facts and understandings come to light, we re-evaluate our actions.

Those who base decisions on their beliefs often criticize science for these very qualities. “How can you trust what scientists say? They are always changing their minds,” people comment. To that, I want to respond, “Exactly. Science is characterized by changing and improving our understanding based on new information.”

2. Collapse is not the end of the world, but the transition to a better future.

When we hear the world “collapse,” it elicits fear in most people. I picture a building collapsing under the attack of a wrecking ball. I imagine death and destruction. But it does not necessarily indicate the end of the world.  The playwright and former Czech president Václav Havel suggests a more realistic view of what we’re facing.

“I think there are good reasons for suggesting that the modern age has ended,” Havel said. “Today, many things indicate that we are going through a transitional period, when it seems that something is on the way out and something else painfully being born. It is as if something were crumbling, decaying, and exhausting itself—while something else, still indistinct, were rising from the rubble.”

In a recent article, “Living in the Liminal World of 2020: How to Navigate the Transition Between Domination and Partnership,” I described a Native American sweat lodge experience I had in 1993 where I saw the sinking of the old dominator ship of civilization and the emergence of a new culture based on what Riane Eisler calls “partnerism.”

For the first time, we have an opportunity to create a more sustainable society, “the more beautiful world our hearts know is possible,” as my colleague, Charles Eisenstein, so beautifully describes it.

I’ve been a psychotherapist for more than fifty years. In my work, I see people suffer from two kinds of problems.

Some tend to blame themselves. When they look inside, they are extremely critical and demanding. If something is not working in their own life or in the world, they tend to feel guilty and ashamed. “What’s the matter with me?”, they lament. “Why can’t I do anything right?”

Others tend to blame someone or something else. They are often hostile, angry, and abusive. “What the hell is wrong with you?” they yell. “… (fill in the blank: my wife, the Republicans, Democrats, the Chinese, immigrants, the list goes on and on) have to be stopped. They are destroying the world.”

If Costa is right, no one is at fault. It is just in the nature of societies to become increasingly complex until things no longer work. No one is to blame. We need to take it easy, be kinder to ourselves, and extend that kindness to others. There are solutions to having our brains overloaded by too much change in too short a time, but we won’t find them until we accept our reality, take responsibility for making the world a better place, and deal with our own guilt and anger.

4. Future shock is a psycho-social ailment that we must accept and treat.

I still have my copy of Alvin Toffler’s book, Future Shock, which was published in 1970. I continue to learn from it today. “This is a book about what happens to people when they are overwhelmed by change,” Toffler states. He goes on to describe how “the roaring current of change, a current so powerful today that it overturns institutions, shifts our values and shrivels our roots.” If change was that consequential more than fifty years ago, imagine the effect on us now.

“The culture shock phenomenon accounts for much of the bewilderment, frustration, and disorientation that plagues Americans in their dealings with other societies,” Toffler warns. “It causes a breakdown in communication, a misreading of reality, an inability to cope. Yet, culture shock is relatively mild in comparison with the much more serious malady, future shock. Future shock is the dizzying disorientation brought on by the premature arrival of the future. It may well be the most important disease of tomorrow.”

Once we identify the dis-ease, we can begin to heal it.

5. We need guidance and support to let go of the old world and enter the new one.

In my sweat lodge vision, many people were not willing to get off the sinking ship of the dominator civilization. Even though there was ample evidence that the old system wasn’t working, they refused to let go. They didn’t want to give up the perks of power and went down with the ship. Those who realized the old ship was sinking were able to get into individual lifeboats and row towards a new future. They connected with other like-minded voyagers and together they created new, sustainable, and more joyful societies.

Margaret Wheatley is one person providing such guidance and leadership. In her book, Who Do We Choose to Be? Facing Reality, Claiming Leadership, Restoring Sanity, she says, “It is possible, in this time of profound disruption, for leadership to be a noble profession that contributes to the common good. It is possible, as we face the fearful complexity of life-destroying problems, to experience recurring moments of grace and joy.”

We need a new kind of leadership and a new kind of healing. When I began my work in 1969, my focus was on helping individuals to live fully authentic lives. I soon learned that to heal individuals, I had to heal families. But families live in communities and are subject to social and economic pressures. To heal families, I learned I had to become a community change agent.

In times past, the collapse of a community wouldn’t impact the rest of the world. But now we are so interconnected that problems in one part of the world impact people everywhere. If we’ve learned anything from the Coronavirus pandemic, it is that we must learn to heal at all levels: Individual, family, community, and planet.

One thing is certain: there is no turning back. Something truly is dying and something new and better is being born. Being in the liminal space, between the old and the new, is challenging. But coming together can give our lives meaning, provide hope, and create a better future for all.

If you’d like more information about my upcoming program on total healing, email me and put “Dare to Know” in the subject line. Be sure to respond to my Spam Arrest filter when writing for the first time.

I look forward to hearing your thoughts, feelings, and reactions. Come visit me at my blog.

The post Dare to Know: Practical Tools for Maintaining Meaning, Hope, and Joy in the Face of Collapse Part 2 appeared first on MenAlive.