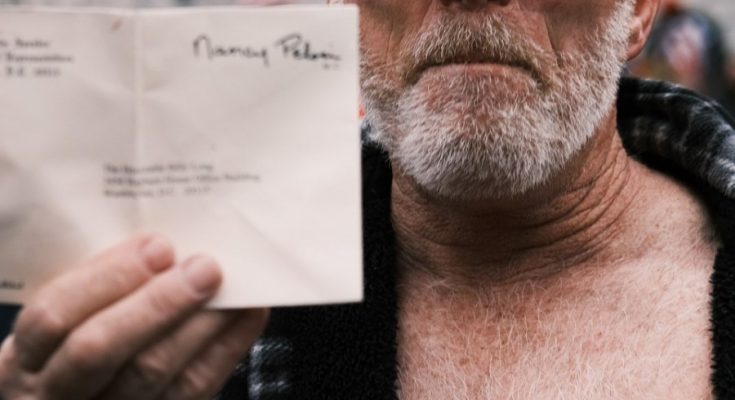 Like millions of people throughout the U.S. and around the world, I watch in horror as the results of a Donald Trump Presidency play out for all to see. Headline stories in The Washington Post on January 7, 2021, grab our attention:

Donald Trump’s Presidency will not be over until January 20, 2021, and the U.S. and the world are still in danger from his madness. There is still a lot we will learn about the events that occurred on January 6, 2021. We will also learn more about who was involved. Clearly not all who turned out to support Donald Trump were men. Yet, it seemed clear that most who violently broke into the Capitol were men.

To begin to make sense of what went on, we have to talk about authoritarian-minded males, starting with Donald Trump, the instigator of the violent attack on the Congress of the U.S and the American people. It will be a while before we know who the other leaders of the insurrection were, but we already know a few of them:

Barnett’s words are a key to understanding these men. These are the words of a hopeless, depressed man who wants to go out in a blaze of rage after desecrating the office of a powerful woman, taking a piece of her stationary and leaving a note, “Nancy, Bigo was here you b—-.” You don’t have to be a trained psychologist to guess the underlying issues that men like Bigo are dealing with.

One trained psychologist who knows the leader of the pack very well is Mary L. Trump, Ph.D. In her book, Too Much and Never Enough: How My Family Created The World’s Most Dangerous Man, she says,

“Donald’s father, Fred Trump, senior, destroyed Donald by interfering in his ability to develop and experience the entire spectrum of human emotion. By limiting Donald’s access to his own feelings and rendering many of them unacceptable, Fred perverted his son’s perception of the world and damaged his ability to live in it.”

“Donald Trump is more desperate now, and Americans should be both enraged and terrified. Nobody should be surprised by any of this, and that’s including the horrific not just lack of response, but apparently, polite assistance, offered to this insurrectionist mob.”

The philosopher George Santayana famously wrote in 1905, “Those who cannot remember the past are condemned to repeat it.” We would do well to look back on some of the warnings that too few people took seriously enough so that we might act differently in the future. I’ll begin with some of my own warnings.

“The election is over. Donald Trump lost. Joe Biden won. Yet, Donald Trump is angry and has trouble admitting defeat. Even after he leaves office, Trumpism will be alive in America and throughout the world. Our country will remain in turmoil until we understand and heal the underlying causes that have roots in the wounding of the masculine soul.”

On November 7, 2020, in an article, “After November 3rd: The Next 3 Days, 3 Months, and 3 Years Will Determine Our Future,” I reflected on past warnings and described the dangers ahead:

“On May 7, 2016, six months before the 2016 election when Donald Trump became President, I wrote an article titled, “The Real Reason Donald Trump Will Be Our Next President.”  I wrote at the time, A lot of people who identify as Democrats, Republicans, and Independents don’t want Donald Trump to be our next President. Yet, millions of men and women will vote for him despite unfavorable ratings that continue to climb.”

I went on to describe the underlying reasons I felt he would be the next President of the United States and the dangers a Trump presidency would present to the U.S and the world if action weren’t taken before he was elected.

“It is election day today…well really the election and voting has been going on for some time and we may not know the results and get all the votes tabulated and counted for some time. These are times of challenge and uncertainty. What we do know is this:

Some will feel the election was stolen and some will want to do harm to others.

Some will feel the America they knew had died and will feel such hopelessness and rage that they will want to destroy what’s left of our country.

Others will feel that though something has ended, something new, and even better, can emerge from the ashes.

The United States of American is a young country, ruled by young male energy (no accident that all our presidents have been male), with a certain macho, adolescent, insecure, competitive, pubescent spirit.”

Many wounded men, like Donald Trump, never grow up. They age but always feel like frightened little boys. It is not surprising that Donald Trump feels a kinship with The Proud Boys. According to Wikipedia:

“The group originated in the far-right Taki’s Magazine in 2016 under the leadership of Vice Media co-founder and former commentator Gavin McInnes, taking its name from the song ‘Proud of Your Boy’ from the 2011 Disney musical Aladdin.”

A number of years ago, Moore said,

“Our planet presently has a new form of chaos, a type that has never been seen before. It is a form of chaos that comes, not when the culture has the wrong leaders in its places of eldership, not when leaders need to be changed, but where the whole system of elders has collapsed, and the culture is falling apart and dissolving into chaos.”

We see clear expressions of monster boy masculinity in the last days of the Trump presidency. But Donald Trump is not the only “monster boy” trying to maintain power in the world. In her recent book, StrongMen: Mussolini to the Present, internationally acclaimed historian Ruth Ben-Ghiat describes other world leaders including those from the pas–such as Benito Mussolini and Adolph Hitler–as well as those living today, including Jair Bolsonaro, Brazilian President Victor Orban, Hungarian prime minister, Vladamir Putin, President of Russia, as well as Donald Trump, the present President of the United States.

In Strongmen, she lays bare the blue-print these leaders have followed over the past 100 years and calls on us to recognize, resist, and prevent their disastrous rule in the future.

“For ours is the age of authoritarian rulers: self-proclaimed saviors of the nation who evade accountability while robbing their people of truth, treasure, and the protections of democracy. They promise law and order, then legitimize law-breaking by financial, sexual, and other predators.”

“Trump had thought about running for president for years, but the stars aligned for the 2016 election cycle, when the uptick in global migration and the affront of eight years of Obama’s rule created the right degree of resentment against people of color. ‘I am your voice,’ he told Americans who felt economically vulnerable and ill at ease in an increasingly multiracial society, his ‘protector’ persona echoing past rulers who vowed to shoulder the nations burdens.”

Trump was also enabled by a shift in the Republican Party. “By the time Trump started his campaign in 2015,” Ben-Ghiat reminds us, “the Republican party had largely abandoned democratic notions of mutual tolerance, and its commitment to bipartisan governance had waned. A robust right-wing media universe, from talk radio to Fox News and beyond, supported this shift.”

She finishes by saying,

“Donald Trump’s relentless misinformation shows how authoritarian rule, far from ensuring stability, is marked by destructive chaos. No other type of leader is so transparent about prioritizing self-interest over the public good. As one country after another has discovered, the strongman is at his worst when true guidance is most needed by his country.”

As a clinician who has worked with wounded men for more than fifty years, I can tell you that these “strongmen” are actually very frightened and weak little boys in grown-up men’s bodies. They could not rise to power or stay in power without the support of enablers. This is certainly true of Donald Trump, whose enablers, both male and female, many within the Republican party who presently occupy positions of power in our government. There are many more people who voted for Donald Trump and continue to support him. All have a lot to account for and heal if our country is going to come together and let go of our attachment to monster boy masculinity and strongmen authoritarian leaders.

We need more than a new President and Vice President and a revitalized Congress. We need a Truth and Reconciliation Commission such as the one assembled in South Africa after the end of apartheid, perhaps led by mature grandmothers in the spirit of Maya Angelou and Ruth Bader Ginsberg. We need to tell the truth about the racism, sexism, and authoritarianism that is at the root of our country to truly heal and come together as a functioning democracy.

I look forward to your comments. If you’d like to read more of my regular articles, please visit me here.

The post Authoritarian-Minded Males Storm The Capitol: What The U.S. and The World Needs to Do Now appeared first on MenAlive. 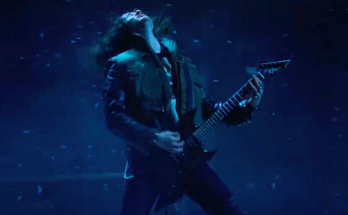 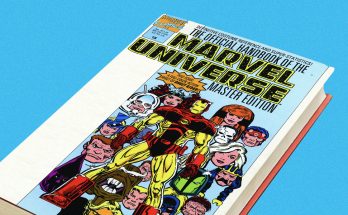 Exactly How Strong Thor and Every Other Avenger Is, According to Marvel 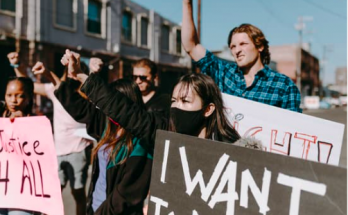 “A Republic, If You Can Keep It”: The Future of America