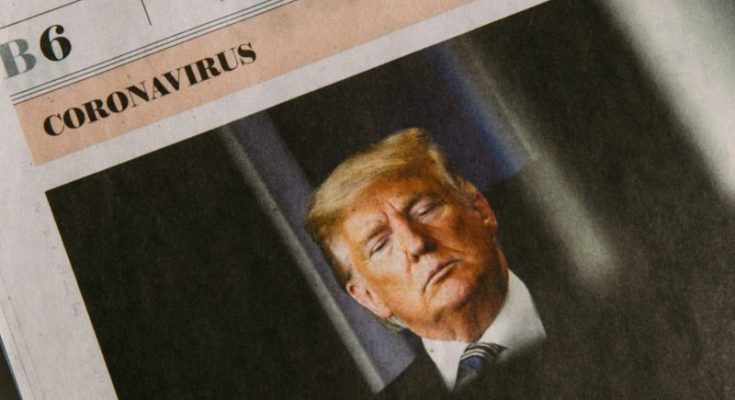 The election is over. Donald Trump lost. Joe Biden won. Yet, Donald Trump is angry and has trouble admitting defeat. Even after he leaves office, Trumpism will be alive in America and throughout the world. Our country will remain in turmoil until we understand and heal the underlying causes that have roots in the wounding of the masculine soul.

On May 7, 2016, six months prior to the previous election, and long before most people, including Donald Trump, thought he would have a chance to be the next President of the United States, I posted this article: “The Real Reason Donald Trump Will Be the Next President.” In the article, I said the following:

“ISIS? Trust me, I’ll eliminate them in short order,” says Mr. Trump. Too many people in the world and an economic system that keeps people in poverty? “Don’t worry, I’ll build a wall to keep illegal immigrants out,” says Mr. Trump, “and I’ll get Mexico to pay for it.”

People having difficulty with the rise of female power and prestige? “You know, it really doesn’t matter what the media write as long as you’ve got a young, and beautiful, piece of a**,” Donald Trump remarked. White men becoming uncomfortable with the non-white world? He’s got an app for that, too. “We’ll ban Muslims from America and ridicule and shame women until they get back in their proper place.”

If you think this is all ridiculous and the American people would never elect someone like this, you don’t fully appreciate the way our subconscious mind works to simplify the world and protect our psyche from being overwhelmed.

Mr. Trump seems to have suffered abuse, neglect, and abandonment as a child. Many in America resonate with his rage. We know from Mr. Trump’s own writing that he was an aggressive and violent child growing up, that he was sent to military school at a young age, and had difficulty controlling his temper.

We now have a more intimate understanding of the trauma at the core of Donald Trump’s life, from his niece Mary L. Trump, PhD. In her book, Too Much and Never Enough: How My Family Created The World’s Most Dangerous Man, she writes,

“Today Donald is much as he was at three years old—incapable of growing, learning, or evolving, unable to regulate his emotions, moderate his responses, or take in and synthesize information. Donald’s mother became ill when he was two and a half, suddenly depriving him of his main source of comfort and human contact. Donald’s father, Fred, could not empathize with Donald’s plight, so his son’s fears and longings went unsoothed. Love meant nothing to Fred; he expected obedience, that was all. Donald suffered deprivations that would scar him for life.”

She also offers insights about why Donald has trouble admitting defeat:

“The rules in the house, at least as they applied to the boys—be tough at all costs, lying is okay, admitting you’re wrong or apologizing is weakness—clashed with the rules he encountered in school.”

In Donald’s view of the world, Mary Trump concluded, “there can be only one winner and everybody else is a loser.”

There are millions of people in the U.S. and around the world who have grown up with trauma and subconsciously resonate with people like Donald Trump. Fortunately, healing is possible for individuals, families, countries, and the world.

Thomas Hübl is an expert in understanding trauma and has recently published a powerful book, Healing Collective Trauma: A Process for Integrating Our Intergenerational and Cultural Wounds. He says,

“I often describe the collective trauma field this way: Imagine you’re growing up in an apartment and, all your life, you never took a step outside. And one day somebody visits you and asks you, ‘How does the house look from outside?’ And you can’t tell them because you never saw it. You just saw your apartment from the inside. What I’m saying is that I believe none of us has ever seen the world outside of the thousands of years of trauma. But the thing is, the absent part of us is usually absent and only visible through symptoms, but never is the thing itself.”

To understand trauma, we need to go deeper. System scientist Otto Scharmer, and his team have developed a wonderful set of principles and practices, described in his numerous books, including Theory U: Leading from the Future as it Emerges, that help us to understand and prevent trauma. “I see three major divides happening in many countries, contexts, and systems, says Scharmer. “The ecological divide, the social divide, and the spiritual divide, which arise from the disconnect from self to nature, self to other, and self to self.” That’s just the background.

This recognition that so much of our history is trauma-based can be troubling and depressing, but Scharmer and his team offer real hope for the future. “There’s also something new happening, says Scharmer. “In the 20th century, it was totalitarianism with Hitler and Stalin and so on, that we hadn’t seen before. And in this century, something is happening that, again, cannot be understood with just a 20th-century lens.”

This image comes from my colleague in Cambridge, Kelvy Bird, who also is a co-founder of the Presencing Institute. And it depicts the current moment we are living in, which is a moment of disruption as seen on the left-hand side. And a moment of disruption means we’re standing here, and the future is going to be different. We don’t know exactly how it will be different, we know less about that. But what we know the least about is actually how to move from here to there.

My own journey has focused on understanding male trauma, the wounding of the masculine soul, and how we can heal. Like Donald Trump, I grew up with a wounded father who was angry and abusive. It has taken me a lifetime to heal. Millions of men and women have suffered similar wounding and need healing.

I believe the father wound is one problem that surpasses all others in its impact on men, women, and society. Without the presence of a loving, supportive father in the home, we become like puppets on a string, disconnected from our true selves. In our woundedness, we can become vindictive, aggressive, and dangerous.

I was lucky to have a loving wife who encouraged me to seek help. I hope all wounded men, and the women who love them, find the help they need. More than ever, the world needs the healing of the masculine soul.

Check out the following resources:

The post Trumpism, Trauma, and The Wounding and Healing of The Masculine Soul appeared first on MenAlive.