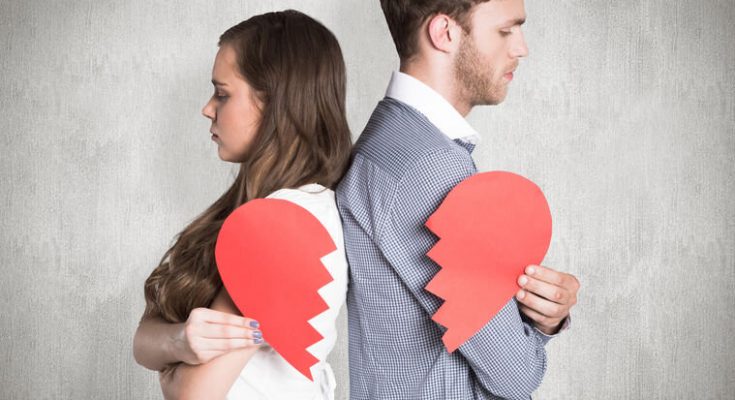 When a couple decides to end a relationship, the result isn’t always a clean break. There’s often some degree of contact that continues and, sometimes, that includes sex. But who has sex with an ex—and why? And are the answers to these questions similar or different for men and women?

A recent set of studies published in the journal Evolutionary Psychology offers a fascinating glimpse into the world of breakup sex.

In the first study, researchers recruited 212 college students (average age of 21, most of whom were White and heterosexual) who had engaged in breakup sex before, defined specifically as “sexual intercourse with an ex-romantic partner with whom the individual was in a long-term committed relationship, with this sexual activity occurring within 2 weeks of the termination of the relationship.”

Why focus only on sex that occurs within two weeks of breakup? Because research shows that sadness typically reaches its peak two weeks after a breakup and starts to decline around 4 weeks. Four weeks post-breakup is also when people tend to have sex with a new partner on average. In light of this, the researchers wanted to look at sex with an ex at a time before emotional distress was highest (to ensure that sadness wasn’t the primary motivator) and also before they’ve likely had sex with anyone else.

Participants were asked a series of questions about the most recent time they had breakup sex, as well as how they think they would feel about having breakup sex in the future.

However, men and women did not differ in their openness to breakup sex when they still loved their partner—in that case, men and women were equally (and highly) likely to say they would have breakup sex. Likewise, there was no gender difference when it came to using breakup sex as a tool to show an ex what they were missing out on.

Compared to women, men reported more willingness to try new sexual behaviors—things they would not normally engage in—during breakup sex, perhaps as a way of demonstrating their sexual value or getting their partner back. Alternatively, perhaps they see it as an opportunity to explore fantasies and desires with a comfortable partner without fear of judgment or concern about how it would affect the relationship.

In the second study, researchers recruited 92 college students and asked them to come up with a list of all of the possible reasons why they or someone they know has had breakup sex in the past.

In total, 292 reasons emerged; however, after combining similar responses, the researchers came up with a set of 52 distinct reasons for breakup sex that included: sex is fun, missing sex, wanting to get back together, missing one’s partner, feeling lonely, still having feelings, and being bored.

What they found was that participants’ responses statistically clustered into three distinct groups:

· Relationship maintenance motives: these were reasons that centered around the emotional elements of breakup sex, such as being in love or still having feelings, longing for or missing one’s partner, being lonely, and wanting attention or to feel better.

· Hedonistic motives: these were reasons that centered around the enjoyable and physical elements of breakup sex, such as having a fun or exciting experience, relieving sexual tension, satisfying needs, and having a partner you’re comfortable with.

· Ambivalent feelings: these were reasons that centered around dealing with unresolved emotions, moving on, and/or using sex as a means to an end. This included wanting to have “hate sex,” trying to get over one’s ex, wanting to regain power or feel confident, and coping with stress.

Beyond these three main motives, there were a few that didn’t seem to fit anywhere, such as being drunk, wanting to say a “final goodbye,” and not seeing any better options.

It is important to note that these findings do not tell us how common breakup sex actually is, and they don’t come from a representative sample of the population. Thus, it is possible that people might engage in breakup sex for other reasons, and that the most common reasons might vary across different groups of persons.

That said, these results tell us that breakup sex is a complicated phenomenon. People might have sex with an ex shortly after breaking up for a wide range of reasons. However, there do seem to be some gender differences in willingness to have breakup sex, one’s motivations for pursuing it, as well as how one feels afterwards.

The fact that women tend to not feel as good about their breakup sex experiences as men has several potential explanations. For example, it could be function of the sexual double standard, or the idea that women tend to be judged more harshly than men for their sexual behaviors—this may partly explain why women are more likely to regret casual sex in general. Alternatively, some would argue that there could also be an evolutionary explanation: there are more potential reproductive costs for women than men when it comes to having sex outside the context of a committed relationship.

However, it could also be due to the fact that men and women may pursue breakup sex for very different reasons. For example, men’s most common reason for having breakup sex was hedonism—and men reported more hedonistic motives than women. So if men are more likely to be using breakup sex purely for sexual enjoyment, then it’s probably not surprising that they report more positive experiences with it.