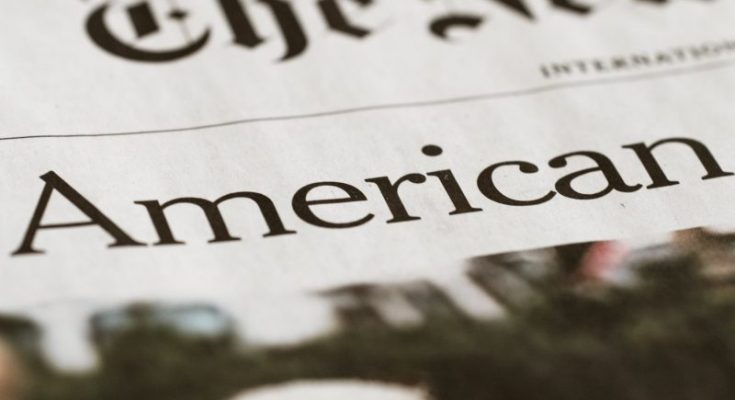 On May 7, 2016, six months before the November election, I wrote an article titled, “The Real Reason Donald Trump Will Be Our Next President.”  I wrote at the time, “A lot of people who identify as Democrats, Republicans, and Independents don’t want Donald Trump to be our next President. Yet, millions of men and women will vote for him despite unfavorable ratings that continue to climb.” I went on the describe the underlying reasons I felt he would be the next President of the United States and the dangers a Trump presidency would present to the United States and the world.

We now know a great deal more about Donald Trump than we did on May, 7, 2016. Here is what I wrote and posted on the morning of November 3, 2020 before people went to the polls to decide if Donald Trump would be re-elected or Joe Biden would be our next President:

“It is election day today…well really the election and voting has been going on for some time and we may not know the results and get all the votes tabulated and counted for some time. These are times of challenge and uncertainty. What we do know is this:

1. Regardless of whether Joe Biden and Kamala Harris or Donald Trump and Mike Pence win the election, about half the country will be overjoyed.

2. About half the country will feel angry, fearful, stressed, and depressed.

3. Some will feel the election was stolen and some will want to do harm to others.

4. The winners will believe that they were right and the other side was wrong.

5. The losers will feel that they were right and the other side was wrong.

6. Some will feel the America they knew had died and will feel such hopelessness and rage that they will want to destroy what’s left of our country.

7. Others will feel that though something has ended, something new, and even better, can emerge from the ashes.

8. The United States of American is a young country, ruled by young male energy (no accident that all our presidents have been male), with a certain macho, adolescent, competitive, whose-dick-is the-biggest, pubescent spirit.

9. The outcome of the election will be less important than what Americans choose to do when the results are in.

10. Will we remain young and immature and kick the shit out of each other? Or will we begin to grow up, recognize that there are no simple solutions to our problems and learn to live with our differences.”

As I write this article, it is Friday, November 6, 2020, three days after election day. Some things are clearer now and some things are yet to be known. Joe Biden has small, but significant, leads in a number of crucial states and it seems likely he will be our next President. What is yet unknown is the final outcome and where we go from here. Whatever, the final results, there will be a need for healing.

I am a marriage and family counselor, writer, and healer and for fifty years I have specialized in helping men live fully, love deeply, and make a positive difference in the world. I have written sixteen books including, The Warrior’s Journey Home: Healing Men, Healing the Planet, Surviving Male Menopause: A Guide for Women and Men, and The Irritable Male Syndrome: Understanding the 4 Key Causes of Depression and Aggression.

There will be a great deal written about the 2020 election. Here, I’d like to share some ideas about masculinity and the decisions we will be making over the next three months and three years about whether we will support a kind of masculinity based on domination or one based on partnership.

In a recent article, “Masculinity in America: Biden, Trump, Partnership and Domination,” I quoted Jackson Katz, Ph.D., an educator, author, and social theorist who is internationally renowned for his pioneering scholarship and activism on issues of gender, race and violence. In his recent documentary, The Man Card: White Male Identity Politics From Nixon to Trump,” he says,

“Trump is a more caricatured version of masculinity—aggressive, physically tough, physically strong, never back down.”

We saw this type of masculinity played out in Donald Trump’s response to the Coronavirus. He saw mask wearing as a show of weakness and refusing to wear one an expression of manly strength. When he contracted the virus and got sick, he saw himself as easily triumphing over the virus, saying it was no big deal, and the virus would soon disappear.

“One of Biden’s political calling cards is an expression of empathy with voters, and unlike Trump, he is not afraid to show vulnerability in public. He often tears up as he speaks of his son, Beau, who died in 2015. He talks of his childhood stutter and how he worked to overcome it. He has spoken in the past of contemplating suicide after a family tragedy. He refers to the grief he felt when his first wife and daughter died in a car crash.”

Biden also took the arrival of the virus seriously, took precautions, listened to the scientists, and saw mask-wearing as a caring response to protect others from possible infection.

These two expressions of masculinity are related to two ways societies organize themselves—one based on domination, the other on partnership—a contrast that cultural historian and systems scientist Riane Eisler has been studying for more than thirty years.

Eisler, who is the President of the Center for Partnership Studies, says,

“Underlying the great surface diversity of human culture are two basic models of society. The first, which I call the dominator model, is what is popularly termed either patriarchy or matriarchy—the ranking of one half of humanity over the other. The second, in which social relations are primarily based on the principle of linking rather than ranking, may best be described as the partnership model. In this model—beginning with the most fundamental difference in our species, between male and female—diversity is not equated with either inferiority or superiority.”

In her recent book with anthropologist, Douglas P. Fry, PhD, Nurturing Our Humanity: How Domination and Partnership Shape Our Brains, Lives, and Future, they demonstrate that for more than 99% of our two-million year human history, our ancestors lived with the following partnership practices:

2020 will forever be remembered as the election year when two men with contrasting styles of masculinity offered America a choice of which leader would best represent them. It will also be remembered as the year that under one man’s leadership the U.S. led the world in Coronavirus cases, 9,932,885, and deaths, 241,098. (As of November 6, 2020).

Over the next three months and three years, regardless of who is in the White House, we must each commit ourselves to a new partnership future, where we are kinder to ourselves, more caring towards those who voted differently than we voted, and more understanding of those who were so discouraged they didn’t vote at all. We need to commit ourselves to healing the wounds between whites and people of color, between women and men, between yin and yang within each one of us, and between humankind and the Earth and all its creatures, including viruses. Together we have the challenge to create, in the words of my colleague Charles Eisenstein, “the more beautiful world our hearts know is possible.”

The post After November 3rd: The Next 3 Days, 3 Months, and 3 Years, Will Determine Our Future appeared first on MenAlive.