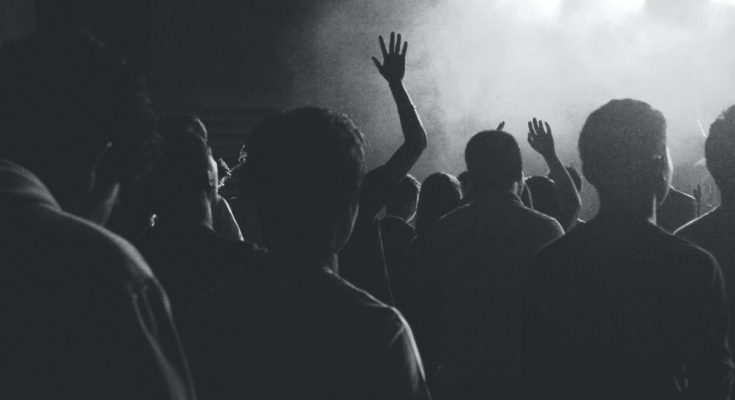 As the U.S. election nears and the Coronavirus continues to infect more than 50,000 Americans a day, the one question we must ask ourselves is this: Which man will truly protect and serve us? When faced with complex social problems that are difficult to understand and solve, it’s human nature to cling to our group. Most people have already decided whether they are in the red group or the blue group. But an even more ancient question must be answered. Which type of masculinity do we want for our men and boys in the years to come?

In a recent Washington Post article, Trump, Biden, and Masculinity in the Age of Coronavirus writer Matt Viser says,

The president’s emergence from his bout with the novel coronavirus is being hailed by many allies as a sign of his physical strength—the latest chapter in the effort by Trump and his supporters to cast himself as the manliest of men, conflating masculinity and strength and engaging with Joe Biden over the meaning of machismo.

Voters are not just deciding which man will be our next president, but what kind of masculinity do we want to support in our world. In the article, Viser quotes Jackson Katz, creator of a documentary called “The Man Card: Presidential Masculinity from Nixon to Trump.” Katz says,

Trump is a more caricatured version of masculinity—aggressive, physically tough, physically strong, never back down.

One of Biden’s political calling cards is an expression of empathy with voters, and unlike Trump, he is not afraid to show vulnerability in public. He often tears up as he speaks of his son, Beau, who died in 2015. He talks of his childhood stutter and how he worked to overcome it. He has spoken in the past of contemplating suicide after family tragedy. He refers to the grief he felt when his first wife and daughter died in a car crash.

The back-and-forth between Trump and Biden has long resembled a testosterone-filled, mano-a-mano bluster between the high school jocks they used to be. They evoke different brands of manliness—an old-fashioned machismo for Trump, a manly bur caring-boy-next-door for Biden.

I believe there is an even more important contrast between the two men who would lead our country—one between domination and partnership—a contrast that cultural historian and systems scientist Riane Eisler has been studying for more than thirty years.

I first met Riane Eisler in 1987 shortly after the publication of her book, The Chalice & the Blade: Our History, Our Future, and I remember discussing our views on the future of humanity and the healing that is needed to occur between men and women. In the extensive research findings detailed in The Chalice & the Blade, Eisler noted that “war and the war of the sexes are neither divinely nor biologically ordained.” She goes on to say, “Underlying the great surface diversity of human culture are two basic models of society,” which she described this way:

“The first, which I call the dominator model, is what is popularly termed either patriarchy or matriarchy—the ranking of one half of humanity over the other. The second, in which social relations are primarily based on the principle of linking rather than ranking, may best be described as the partnership model. In this model—beginning with the most fundamental difference in our species, between male and female—diversity is not equated with either inferiority or superiority.”

Most guys I know, including myself, grew up with a view of masculinity that is heavily influenced by dominator values. In my first book, Inside Out: Becoming My Own Man, I described them as “The Manly 10 Commandments.”

It didn’t take me long to realize that I couldn’t live up to these manly commandments. It took me much longer to realize that they represented a kind of masculinity that is self-destructive, harmful to others, and has the following characteristics:

Donald Trump and Joe Biden represent two aspects of manhood. In Trump we have the aggressive, take-no-prisoners, macho-man. In Biden, we have a caring, gentle, Mr. Nice-Guy. The truth is that neither offers men a real guidance for the future. Trump represents the man who flourished in the Dominator role. Biden represents the opposite.

What’s needed is a model of manhood that draws on a new partnership model. This kind of man can say, “hell, yes” to the following three core questions:

This kind of man is strong and as well as vulnerable, gentle as well as tough, sure of himself as well as open to others. He truly protects and serves. In my book, The Warrior’s Journey Home: Healing Men, Healing the Planet, I described him as a new kind of warrior with roots in ancient traditions of manhood.

We must separate the life of the warrior from the destruction of war. Warriorship here does not refer to making war on others. Aggression is the source of our problems, not the solution. Here the word ‘warrior’ is taken from the Tibetan pawo which literally means ‘one who is brave.’ Warriorship in this context is the tradition of human bravery or the tradition of fearlessness. Warriorship is not being afraid of who you are.

In my book 12 Rules for Good Men, I offer the following guidance for men who want to follow the new warrior-partnership way.

Rule #1: Join a Men’s Group.
Rule #2: Break Free From the Man Box.
Rule #3: Accept the Gift of Maleness.
Rule #4: Embrace Your Billion Year Male History.
Rule #5: Recognize Your Anger and Fear of Women.
Rule #6: Learn the Secrets of Real, Lasting, Love.
Rule #7: Undergo Meaningful Rites of Passage.
Rule #8: Celebrate Your True Warrior Spirit and Learn Why Males Duel and Females Duet.
Rule #9: Understand and Heal Your Adverse Childhood Experiences.
Rule #10: Heal Your Father Wound and Become the Father You Were Meant to Be.
Rule #11: Treat the Irritable Male Syndrome and Male-Type Depression.
Rule #12: Find Your Mission in Life and Do Your Part to Save Humanity.

The book was inspired by my wife Carlin who told me, “Both men and women need a book that talks about what’s good about men and how they can break through the armoring that society demands of so many men these days.” The book is dedicated to her, our five children, sixteen grandchildren, one great granddaughter and all future generations of men and women who are wanting to join together for a true partnership future.

If you found this article helpful, you can learn more at my blog.