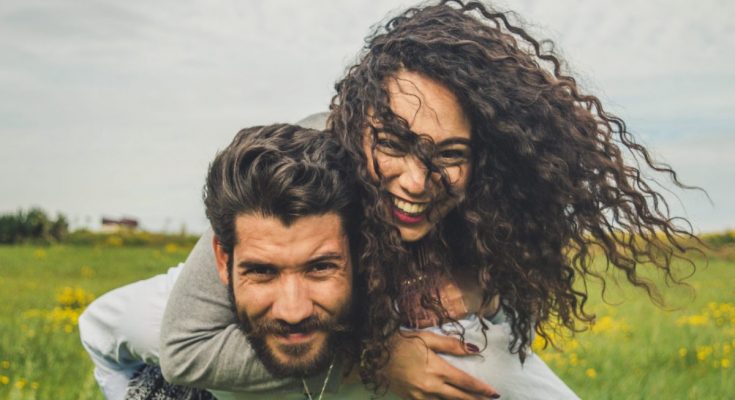 I have been a marriage and family counselor for more than fifty years now. My work began in 1969 when I held my new-born son and made a vow to be a different kind of father than my father was able to be and to do everything I could to bring about a world where fathers were fully involved with their families throughout their lives.

My business card has a picture of me and my wife, Carlin, and reads, “Jed Diamond Ph.D, Helping men the women who love them since 1969.” Although my work focuses on men, my clients are about 50-50 male and female. I know that women are vitally interested in understanding men and what both can do to have long-lasting and loving relationships that nourish both partners and their families.

If you’re reading this you may also be interested in my companion article, “The 5 Stages of Love and Why Most Relationships Hit the Wall at Stage 3: What A Man Must Do to Save His Marriage.”

Old stereotypes would have us believe that women are more focused on relationships than men, but I have found that is not true, though men and women do see marriage through different lenses. A loving, intimate, and joyful marriage is just as important to men as it is to women. It is also just as painful and heart-breaking for men when a marriage ends. I know, I have been a marriage counselor for more than fifty years specializing in helping men and the women who love them.

Before I tell you about the five stages of love, I need to tell you about the different lens through which men and women see themselves, each other, and the world. But before I do that, I need to say something about “generalizations.” When I say that women are shorter than men, most people will recognize I am not saying that all women are shorter than all men. As a man who is five feet, 5 inches tall, I am very aware of this fact. So, please remember this when I talk about women and men.

I also need to say that sex differences have often been used to denigrate or limit one gender, usually the female. This need not be the case. There is good science and research that recognizes sex differences without putting one sex above or below the other or suggesting that women are unsuited for certain roles, such as soldier, professional baseball player, or President; or that a man should not be a nursery school teacher, nurse, or First Gentleman.

I wrote a book, 12 Rules for Good Men,  along with “The Good Men Manifesto” about men, who we are, and what we need, so I’ll just touch on a few important differences here that are particularly important in helping a man understand the five stages of love, why most relationships end at stage 3, and what a man must do to save his troubled marriage.

Louann Brizendine, M.D., is an American scientist, a neuropsychiatrist who is both a researcher and a clinician and professor at the University of California, San Francisco. She has written two books, The Male Brain and The Female Brain and notes significant differences including the following:

Simon Baron-Cohen, Professor psychology and psychiatry at Cambridge University has gone a number of research studies on brain differences. In the first lines of his book, The Essential Difference: The Truth About the Male & Female Brain, he says simply: “The subject of essential sex differences in the mind is clearly very delicate. I could tiptoe around it, but my guess is that you would like the theory of the book stated plainly. So here it is:

In my book, The Enlightened Marriage: The 5 Transformative Stages of Relationships and Why the Best is Still to Come, I describe the following stages:

Like many people I thought there were only two stages to have a great relationship. First, the magic moment where we meet that special someone and fall in love. Second, we become a couple and live happily ever after. Also, like many whose marriage hit the rocks and disillusionment overcame us, I got divorced, became depressed, decided I had chosen the wrong partner, and eventually tried again.

In my article “The 5 Stages of Love: Why Too Many Stop at Stage 3,” I highlight important points in the book. Here, I will expand on some subtle, yet critically important distinctions that most people fail to grasp.

When we fall in love, we think we’ve found our dream lover, the one we’ve been looking for all our lives, the one we can build a life with and who will make us happy. The truth is falling in love is nature’s trick to get humans to pick a mate so that our species carries on. It feels so wonderful because we are awash in hormones such as dopamine, oxytocin, serotonin, testosterone, and estrogen. Evolution has no interest in making us happy, just getting us to pass on our genes.

Once we have find the right partner we imagine we will have the regular ups and downs of living, but that we can relax now and focus on career, kids, making a living, and making a life together. We think we are creating real, lasting, love. Instead, we are setting ourselves up for disillusionment.

Most people who are together for more than a few years will become disillusioned. “Is this all there is,” we wonder. “This isn’t the person I married. What happened? Where did they go?” We blame our partner, or we try harder to fix ourselves. What we rarely do is understand that disillusionment is the third, and most crucial, stage of love and those who have the courage, who are true love warriors, are called to the biggest challenge of their lives.

What a Woman Must Do to Save Her Marriage

Most women who come to me for help are terrified that their marriage will end. There are different reasons for their fear, but it immobilizes them or causes them to do exactly the wrong thing. Take a deep breath. Your first step is to tell yourself the truth. The end of your marriage is not the end of the world. In fact, you can’t save your marriage unless you’re willing to let it go and focus on yourself. Loving yourself more is the first step in bring love back into your marriage.

Women often reach out to me because they have read an article such as “why is my husband so angry.” They imagine that if they could just fix him, or get me to fix him, then everything would be all right. Most men are angry because they can’t make you happy. Trying to fix him won’t make you happy. Loving yourself better and taking charge of your own happiness is your next step.

Of course, he is angry. He has a lot to be angry about. His life isn’t working the way he wants. Empathize with his anger, but stand up for yourself when he blames you or puts you down. Think, feel, act, on these words (or ones you create yourself). “Hey, my friend and lover, I know you are feeling miserable. The world is out of whack. But quit taking it out on me. I am your wife and I love you. Knock it off.”

For too long we’ve put the burden of keeping our relationship life alive and well on the shoulders of the woman. Women are good at empathy, so you naturally tune into anyone who is hurting. But men are good at understanding and fixing systems. Modern marriage is a complex system and needs both the empathy a woman brings and the fix-it skills that a man can bring.

Draw on his strengths and appreciate the good things he does to improve the marriage. Stop trying to fix him and encourage him to take leadership in fixing the complex system you call your “married life.”

Without a presence of a loving, engaged, caring father, men grow up “with a hole in their soul in the shape of their dad,” says Roland Warren, former President of the National Fatherhood Initiative.

My wife, Carlin, and I, have been married now for 40 years. She attributes the success of our marriage, in large part, due to my 41-year participation in a men’s group. The poet Robert Bly said that “Young men must be in the presence of older men in order to hear the sound that male cells sing.” Whether your man had an engaged father or not, he needs to be in the company of other men who can help teach and guide him. It is not surprising that the first rule in 12 Rules for Good Men is to join a men’s group.

Men can’t be fully alive to themselves, to the women they love, to their families and friends, unless they understand and embrace their maleness. Encourage him to join a men’s group.

I hope you find these ideas helpful. You can read more of my work here.

The post The 5 Stages of Love and Why Most Relationships Hit the Wall at Stage 3: What A Woman Must Do to Save Her Marriage appeared first on MenAlive.