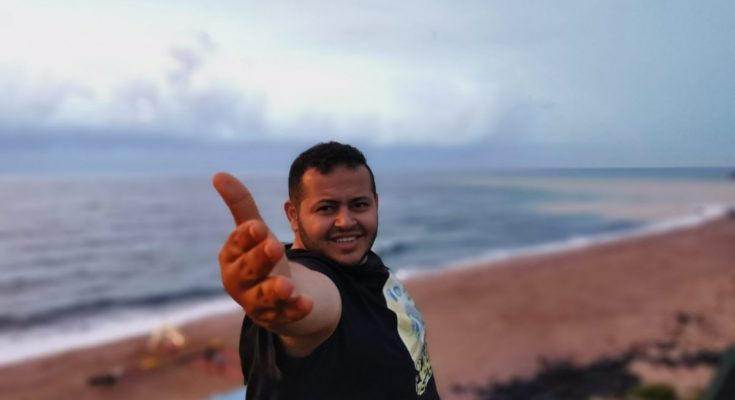 The world changed for me in 1993. It began on February 23rd at the Palace of Fine Arts in San Francisco where I sat with two-hundred men and women listening to mythologist Michael Meade and writer Clarissa Pinkola Estes talk about male and female archetypes. The workshop was appropriately titled, Ovarios y Cojones: Labyrinths of Memory and Danger Within Women and Men.

It was a lively interchange and a powerful collaboration between two powerful storytellers, one male and one female, who alternated in sharing their gifts that took us deeply into the male and female experience. Towards the end of the day something unexpected occurred when Clarissa offered the following poem which took everyone by surprise. “It’s called Father Earth,” she intoned in her quiet voice. Most present had read, or heard of, her best-selling book, Women Who Run With the Wolves, but no one knew she also wrote poetry. As soon as she shared the title, shivers ran down my spine with the surprise association between father and earth.

Like most, I had associations with God, the father, and mother earth. But what she offered in her poem, took me to a whole new world and healed wounds that had been part of the human experience for thousands of years.

Her words resonated in the silent auditorium: “There’s a two-million-year-old man no one knows.” “They cut into his rivers. They peeled wide pieces of hide from his legs. They left scorch marks on his buttocks.”

“No matter what they did to him, he did not cry out.

“Now he raises his stabbed hands and whispers that we can heal him yet. We begin the bandages, the rolls of gauze, the gut, the needle, the grafts.”

“Slowly carefully, we turn his body face up. And under him, his lifelong lover, the old woman, is perfect and unmarked.”

“He has laid upon his two-million-year-old woman all this time, protecting her with his old back, with his old scarred back.

And the soil beneath her is fertile and black with their tears.”

I felt tears running down my cheek. I felt moved beyond words. I knew that women had taken a significant step towards liberation when they changed the language from a male sky God to invoke the Goddesses associated with the Earth and Clarissa offered a healing and reconciliation between males and females and a new understanding of men, women, and the Earth that is our home.

I’ve often reflected on the words in the poem since I first heard them twenty-seven years ago.

The poem, the bringing together of the female body and spirit (ovarios) with the male body and spirit (cojones), the joining of Michael and Clarissa, and all the men and women who attended, and now you who are reading this, are part of a two-million year-old story of female/male love and healing that is needed now more than ever.

In the summer of the same year, 1993, I attended a men’s conference gathering in Indianapolis, Indiana sponsored by Wingspan magazine. As part of the conference we were invited to participate in a traditional sweat lodge ceremony, which turned out to expand and deepen the experience I had with Clarissa and Michael.

I had participated in a number of sweat lodge ceremonies where we entered a womb-like hut, made of natural materials, where we would follow ancient traditions to pray and ask for healing wisdom for ourselves and “all our relations.” But this time, I was transported into a vision where I saw the “ship of civilization” sinking and “boats of life” with people escaping and creating a new world where people were linked together and in balance with nature, not trying to dominate and control the natural world.

What I have come to understand over the years includes the following:

In their book, Our Human Story, Louise Humphrey and Chris Stringer, researchers at the Natural History Museum, say that our human ancestry goes back at least two million years to the time of Homo habilis (Handy man). Our human ancestors lived lightly on the land, hunting and gathering, until approximately ten thousand years ago when we began to domesticate plants and animals. It’s been common to view our earlier ancestors as “primitives” and our more recent ancestors as “civilized.”

But that’s really a myth. In his book, The Tender Carnivore and the Sacred Game, Paul Shepard, Professor of Human Ecology and Natural Philosophy at Pitzer college, said,

“Although it has long been fashionable to describe it as so, the world of the hunting and gathering peoples is not a vale of constant demonic threat and untold fears. It is a life of risk gladly taken, of very few wants, leisurely and communal, intellectual in ways that are simultaneously practical and esthetic. Most pertinent to our time, it is a life founded on the integrity of solitude and human sparseness, in which men do not become a disease on their environment but live in harmony with each other and with nature.”

As long as we buy into the myth that “civilization” is the best humans can aspire to achieve, we are doomed to go down with the ship. Riane Eisler, President of the Center for Partnership Studies has long recognized our human roots in partnership. In her 1987 best-seller, The Chalice & the Blade: Our History Our Future, she describes two alternate possibilities for humankind. “The first, which I call the dominator model, is what is popularly termed either patriarchy or matriarchy—the ranking of one half of humanity over the other. The second, in which social relations are primarily based on the principle of linking rather than ranking, may be best described as a partnership model.”

In her recent book, Nurturing Our Humanity: How Domination and Partnership Shape Our Brains, Lives, and Future, written with peace anthropologist Douglas Fry, they say, “The social categories of the partnership system and the domination system show that the different ways human societies socialize the male and female halves of humanity for ‘masculine’ and ‘feminine’ roles is how people learn to view themselves and others.”

As I write this on September 4, 2020, the Coronavirus pandemic has killed more than 875,000 men and women worldwide of which 200,000 have died in the United States alone. Everyone is hopeful that a vaccine will be found that will end the death, but fail to recognize that it is our futile attempt to dominate the control nature that is really killing us and a vaccine won’t safe us.

“Our species has relentlessly expanded into previously wild spaces. Through intensive agriculture, habitat destruction, and rising temperatures, we have uprooted the planet’s animals, forcing them into new and narrower ranges that are on our own doorsteps. Humanity has squeezed the world’s wildlife in a crushing grip—and viruses have come bursting out.”

“We never knew enough. Nor were we sufficiently intimate with all our cousins in the great family of the earth. Nor could we listen to the various creatures of the earth, each telling its own story. The time has now come, however, when we will listen or we will die.”

The hope for our future is not from more technology, but a return to our partnership roots. It may begin with the resurrection of father earth and the reunion of true partnership between men and women. I look forward to your comments. Please visit me at www.MenAlive.com/the-blog.

The post The Resurrection of Father Earth and the Return of True Partnership Between Men and Women appeared first on MenAlive.