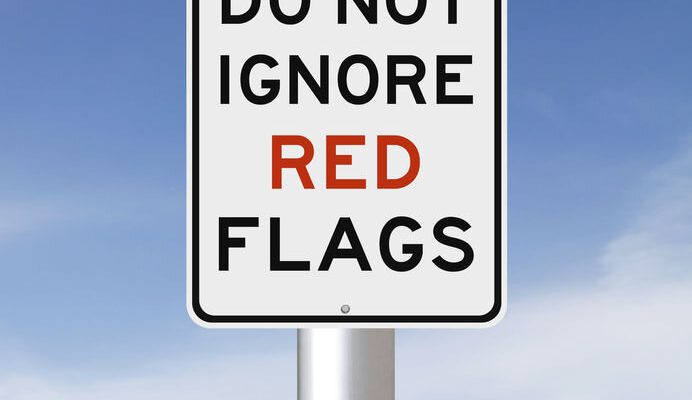 A question I often get asked is “what are the red flags I should watch out for in a new relationship?” While it can be hard to know early on whether a relationship is likely to stand the test of time, we do know that some factors predict greater odds of success and long-term satisfaction.

In this post, I’ll explore five things that are likely indicators of serious problems, according to the research. However, keep in mind that, when it comes to love and relationships, there are no universal rules and principles that apply in every possible situation. Also, some of the problems we’ll discuss (like poor communication) can potentially be overcome if you’re willing to work together on them, so it ultimately depends on how you feel and what you want.

1.) Abusive behavior. If you’re with a partner who is abusive to you physically or psychologically, it’s important to get out and get help early on. While this one might sound obvious, we know that many people end up staying with abusive partners for a range of reasons (e.g. hoping they’ll change, finding justifications for the behavior, etc.), and many find it harder to leave abusive relationships the longer they’ve been in them because they become very invested in the relationship and dependent on their partner [1]. Unfortunately, many then find themselves subject to a long-term pattern of abuse that increases in severity over time. Abuse is an unequivocal relationship red flag.

2.) Overly controlling and manipulative behavior. Another warning sign is when you’re with a partner who seems overly controlling or manipulative. These behaviors include things like controlling who you can see and what you can do, demanding access to your passwords so that they can check up on you, and trying to separate you from your family and friends. Research has shown a link between overly controlling behavior and domestic abuse [2], which suggests it could be an early sign of more serious problems down the road.

3.) Lack of communication. Study after study shows that communication is one of the biggest keys to both sexualand relationship satisfaction. A lack of communication can create a number of issues. For example, in the bedroom it means you’re less likely to get what it is that you really want from sex. Also, it means you’re going to run into a lot of difficultly resolving relationship conflicts and problems if you have a partner who just isn’t willing to talk about these things. One of the most problematic communication patterns is stonewalling, in which one partner effectively shuts down and disengages. That said, communication is a skill that can be learned, so if there are good reasons to stay in the relationship and you and your partner are willing to work on this, it may be possible to overcome. For tips on dealing with stonewalling and other problematic communication patterns, check out this article.

4.) Extreme selfishness and narcissism. Another big key to relationship success is a mutual willingness to give and take, both in and out of the bedroom. Partners who are motivated to meet each other’s needs (something known as “sexual communal strength” or “sexual communion”) and who take turns doing this tend to be more satisfied with both their sex lives and relationships [3]. So if you’re in a relationship where things are a one-way street—it’s all about your partner and never or rarely about you—that doesn’t bode well for the future. Of course, everyone can be a little selfish sometimes, so the red flag we’re talking about here refers to a persistent pattern of behavior. Related to this is narcissism, or having an overly inflated self-view. Narcissism is related to being selfish, but it’s also related to more manipulative behavior. People who have narcissistic partners tend to be less happy in their relationships [4].

5.) They make you feel bad more often than they make you feel good. One of the biggest questions to ask yourself is this: how does your partner make you feel? Do you typically feel happy, secure, and comfortable when you’re around them? Of course, every relationship has its own issues and conflicts will inevitably arise, so it’s normal to have some moments where you aren’t feeling great about yourself or about the relationship—but if you find yourself feeling bad more often than you’re feeling good, that’s a sign that it might not be the right relationship. It’s also worth noting that the ratio of positive to negative comments expressed during conflict situations is a key predictor of relationship success—specifically, couples who have 5 positive comments for every 1 negative comment are much more likely to survive. Having the right balance of positive to negative interactions is key during conflict situations, but also in the relationship more broadly.

Of course, these aren’t the only possible red flags to keep an eye out for. A severe lack of trust, extreme insecurity, a lack of respect for your boundaries, and strong jealous tendencies are also potential signs of conflict, turmoil, and other problems ahead.

What do you think? What have you found to be some of the biggest relationship red flags? Weigh in with your comments below. 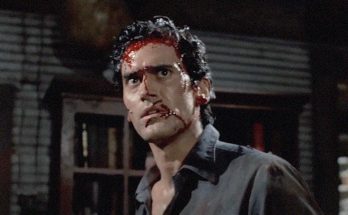