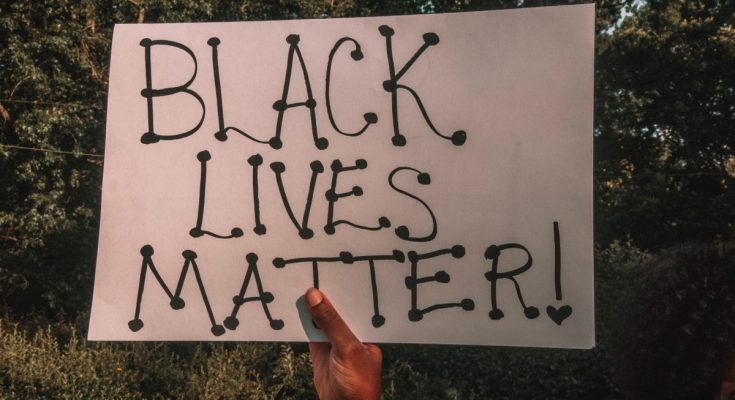 I’m not black, but what happens to black people strikes very close to home. It’s personal for me. My wife and I adopted Angela, an African American girl, when she was 2 1/2 months old. She’s 48 now and has three sons and a daughter who are all African American. For nearly fifty years, I’ve feared for their lives, particularly my grandsons, Deon (age 22), Derrick  (age20), and Trey’Shawn (age 7).

In these times of uncertainty and confusion, thoughts and feelings come together and click into place like the Lego blocks my grandchildren used to play with.

I remember taking Deon to a retreat sponsored by the Men’s Center of Los Angeles when he was fifteen years old. It was a special program for young men between the ages of twelve and twenty and included many African American young men and their sponsors from inner-city neighborhoods in Los Angeles. In one of the small group sessions Deon, who was generally very quiet and shy, opened up and talked about what he needed. “I’m lost in my life and I need guidance,” he said. Other young men talked about their own experiences and for the first time I had a deep appreciation for the violence that is so much a part of the lives of black boys and men.

One boy talked about killings he had seen in his neighborhood and Deon also talked about people knew who had been killed not far from the apartment where he lived. Another young boy said he didn’t want a lot in life, just to know that he would survive another day and not be shot by policeman for being black. Tears ran down my cheeks thinking that this was the world my grandchildren and his family lived in. Just staying alive was a task they faced every day, something I had never experienced growing up, or now, as I lived my life as a privileged white male.

I understand a little more about why black lives matter than the average white man, but until I saw the video of George Floyd’s murder, I didn’t really feel it in my bones. I had heard the stories from my daughter and her family. I had seen news reports about black men and boys being killed. Yet, watching that video ripped through every cell in my body as I watched a white police officer pressing his knee into the neck of a handcuffed black man, while other officers calmly looked on. George Floyd’s last, gasped, words will haunt me forever:

“My stomach hurts, my neck hurts, everything hurts” …

After seeing the video numerous times and feeling rage, terror, anguish, disbelief, numbness, and more rage, I thought, that could have been Deon, Derrick, Trey’Shawn, or my son-in-law, Walter Magee. Looking at pictures of Derek Chauvin, I wondered about him. He’s about the same age as my daughter, Angela, but he was a boy once who I’m guessing was joyful and caring, like most boys. What happened to him that he grew up to be a man who had no empathy for George Floyd? Did he experience violence as a youth as my grandkids have? What made him so enraged that he could kill a helpless man who was no threat to him? Why didn’t one of the other officers stop him?

On June 3, 2020 Chauvin was charged with third-degree murder and manslaughter in Floyd’s death last week. Chauvin pressed his knee on Floyd’s neck for more than eight minutes, including two minutes in which Floyd was unresponsive, according to prosecutors. The three additional officers — Thomas Lane, Tou Thao and J. Alexander Kueng — have been charged with aiding and abetting second-degree murder and second-degree manslaughter. All four officers had been fired.

Hearing the verdict, protestors who have been calling for justice for a week, cheered. I recalled the words of Winston Churchill who famously observed, “America always does the right thing, after it has tried everything else.” Maybe so, but we still have a long way to go before I can feel that we can say we have done the right thing for black Americans.

Today, as I was doing my morning jog through our little town of Willits, a police car drove by. I waved at the officer driving the car and he waved back. We don’t know each other, but for me I thought, he’s there to protect me. For him, I’m one of the good guys and, in his eyes, and in the fear centers of his brain, I’m no threat.

I know it’s a different experience for my grandsons and for all those males whose skin is closer to the color of my grandson’s than to the color of my own skin. As I reflect on what all this means to me, I can’t help thinking that it has a lot to do with the questions of maleness, male fear, and male privilege. Until he was killed, George Floyd was a man. He was killed by another man, Derek Chauvin, while three other men stood by and did nothing.

And in the aftermath of Floyd’s death, we see protests and violence in the streets of America. Most of the protestors were clearly non-violent. The ones doing damage after dark seemed to be young males. I wonder about the fear and despair that underlies the male violence and anger we are seeing. What’s the despair level for men in America today? So many are out of work now and so many haven’t ever had a decent job, or ever will. What does that do to a man’s self-esteem and hope for the future?

Another piece clicks into place as I feel a relationship between George Floyd’s death, the protests throughout the U.S. and around the world, and the fact that we are in the midst of one of the deadliest pandemics that has ever occurred. As I write this on June 3, 2020, there are more than 6,500,000 cases of Covid-19 reported and more than 385,000 have died worldwide. In the U.S. alone, there are over 1,800,000 cases reported and nearly 110,000 deaths.

It isn’t just race that is linked to increased death, but sex as well. Numerous studies show that Covid-19 is much more fatal for men than for women. “In every country with sex-disaggregated data … there is between a 10% and 90% higher rate of mortality among people diagnosed with COVID if they are men than if they are women,” says Sarah Hawkes, professor of global public health at University College London.

The Covid-19 crisis is forcing us all to decide what kind of men we are going to be and what kind of human beings we are going to be. Will we take our fear, anger, and rage out on others? Will we give in to the despair and choose death for ourselves? Or will we come together, heal our old wounds as individuals and as a country, and create a new tomorrow based on equality and justice for all.

Ted Kennedy asked, “Do we operate under a system of equal justice under the law? Or is there one system for the average citizen and another for the high and mighty?

We need to be reminded again and again, in the words of former slave and abolitionist leader Frederick Douglass, “Where justice is denied, where poverty is enforced, neither persons nor property will be safe.” Maybe this time we will listen and we will act in support of Deon, Derrick, Trey’Shawn, their father Walter, and all boys and men of color in our country.

The post Why Black Lives Matter to This White Man appeared first on MenAlive.