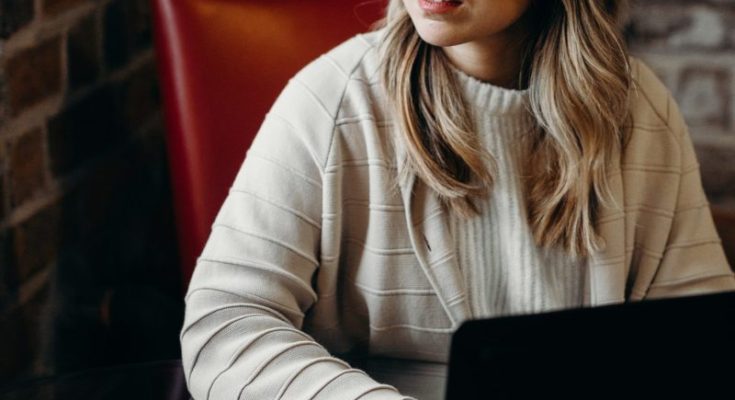 Most of my readers know that I specialize in helping men at my website MenAlive.com. Yet, I’ve always known that men’s health and women’s health can’t be separated. Men and women may be different in many ways, but like the pandemic, we are all in this together. But, we’re not in this together in the same way. The truth is, as in life, women and men face different challenges from the pandemic.

While we’re still dealing with the medical issues of Covid-19, we’re beginning to restart the economy. Though the economic downturn and unemployment have impacted both men and women, it has been women who are the most adversely affected. According to an article by Gender Reporter Alisha Haridasani Gupta in the New York Times, “The scale of the crisis is unlike anything since the Great Depression. And for the first time in decades, this crisis has a predominantly nonwhite, female face.”

“I think we should go ahead and call this a ‘shecession’,” said C. Nicole Mason, president and chief executive of the Institute for Women’s Policy Research, in a nod to the 2008 recession that came to be known as the “mancession” because more men were affected.

The article goes on to cite figures showing that women accounted for 55 percent of the 20.5 million jobs lost in April, according to the Bureau of Labor Statistics, raising the unemployment rate for adult women to about 15 percent from 3.1 percent in February. Women of color fared worse, with unemployment rates for black women at 16.4 percent and Hispanic women at 20.2 percent.

According to an analysis by the National Women’s Law Center, this is the first time since 1948 that the female unemployment rate has reached double digits.

The biggest reason for these losses is that the industries hardest hit by the pandemic — leisure, hospitality, education and even some parts of health care — are “disproportionately nonwhite and female,” said Diane Lim, senior adviser for the Penn Wharton Budget Model, a nonpartisan research initiative.

For years, those industries had been the fastest growing parts of the American economy, Lim noted, driving the strong job numbers and growth. At the same time, male-dominated industries, like manufacturing, were shrinking.

But female-dominated jobs, like hospitality or child care, tend to also be underpaid and undervalued, which means that many of the newly unemployed women now have less of a financial cushion to fall back on, said Mason, of the Institute for Women’s Policy Research. The problem is compounded for single mothers; a third of single mothers were already living below the poverty line and, since February, a million of them have lost their jobs.

Essential workers are also under tremendous stress since their jobs put them at a greater risk of infection from commuting to work and interacting with the public.

Grocery workers, for instance, may need more mental health services, including therapy, to help cope with the stress, according to psychologists and the nation’s top grocery worker union. Anxiety, depression and other mental health challenges may linger, even as coronavirus cases level out or decline — especially for those on the front lines.

Health care providers are especially vulnerable putting in the long hours and lack of personal protective equipment that places their own lives at risk, psychiatrists say. Some have had to make difficult decisions about how to allocate life-saving resources to patients, said Dr. Maria Oquendo, chair of psychiatry at Perelman School of Medicine at the University of Pennsylvania.

Women are not just becoming stressed and depressed at work, but stresses at home add to the problems.  School-age children are at home every day, while many are now working from home every day. Nearly 1.4 billion children are out of school or daycare worldwide, and the increased parenting responsibilities can get extremely complicated, particularly for women.

Men, too, are home more now and that can put a strain on relationships. In my article, “Can Your Relationship Survive This Much Togetherness,” I talked about the way male anger can build up as stress increases and is often directed at women. You can take my quiz to determine whether male anger may be reaching serious levels in your family.

In a recent article, “Women Face Unique Health Challenges During the Pandemic,” Kamal Patel noted, “If a woman can’t escape an abusive home environment because of physical distancing restrictions or financial dependence (or just lack of options for where to stay), domestic violence can erupt more easily.”

Patel goes on to cite these distressing statistics: Preliminary reports from around the world have suggested a 30% to 50% increase in domestic violence reports during the pandemic. Social distancing that can help limit the spread of the virus can have the undesired consequence of making women more vulnerable to domestic violence.

Writing in Psychology Today, Maclen Stanley JD, Ed.M. says, “COVID-19 has triggered common factors associated with domestic violence.” He goes on to say, “Unfortunately, social isolation is one of the most common tactics employed by perpetrators of Intimate Partner Violence (IPV). By isolating victims from friends, family, and any outside contact, abusers are able to assert control over the victim’s entire environment. Social isolation can lead to the normalization of abuse and allow abusers to more easily engage in gaslighting techniques. Severe and persistent isolation can cause victims to rely solely on their abusers to define a sense of reality, which feeds into a cycle of abuse that is very difficult to escape.”

While we’re doing everything we can to protect ourselves from the Covid-19 virus, we have to remember to protect ourselves and our families from the economic dislocations and interpersonal pressures that can also cause us harm. If you’re a man, remember to take care of those you love, and protect them from your own anger. I have lots of resources for taking control of your anger before it harms yourself or your family. Don’t wait until it boils over.

If you found this article helpful, come visit me here to read more about what you can do to stay healthy and happy even under the pressures of change that we are all facing today.

The post The Shecession, Domestic Violence, and Other Health Challenges Women Face During the Pandemic appeared first on MenAlive.