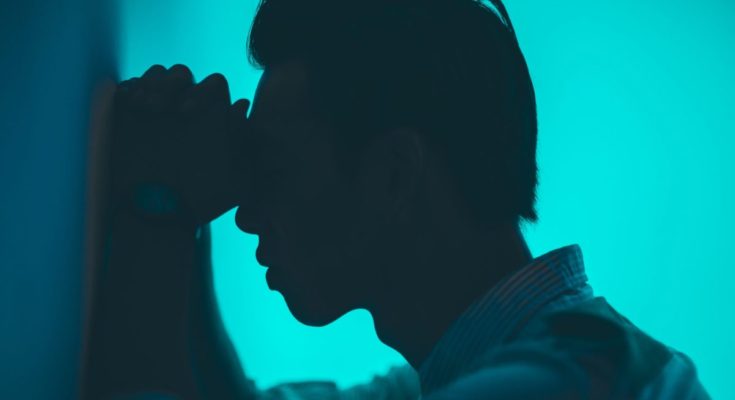 By now everyone is aware that Covid-19 can cause death, primarily in people who are over fifty or have health problems such as asthma, lung disease, diabetes, high blood pressure and other chronic health problems. To protect ourselves we have been asked to practice physical distancing, wear face masks, avoid large gatherings, and wash our hands more thoroughly and more often than any of us have done in our lives.

Yet, there’s another danger that has not been talked about. It’s called “Deaths of Despair.” According to the Centers of Disease Control and Prevention (CDC) “Across the United States, more people are dying from so-called ‘deaths of despair’—suicide, drug and alcohol poisoning, and alcoholic liver disease—than at any other point in recorded history.”

In 2017, the overall death rate from deaths of despair (45.8 people per 100,000) outpaced lung cancer, stroke and car crashes when adjusting for age, according to CDC data. That’s an increase of more than 180 percent since 2000.

“Deaths of despair have contributed to three years of consecutive reductions in average life expectancy, making the U.S. the only wealthy nation in modern times to exhibit such a reversal.”

Published earlier this year the book details the Americans who are a greatest risk and the underlying causes of the problem.

“For the white working class, today’s America has become a land of broken families and few prospects. As the college-educated become healthier and wealthier, adults without a degree are literally dying from pain and despair.”

Case and Deaton tie the crisis to the weakening position of labor, the growing power of corporations, and, above all, to a rapacious health-care sector that redistributes working-class wages into the pockets of the wealthy. Capitalism, which over two centuries lifted countless people out of poverty, is now destroying the lives of blue-collar America.

With the coming of Covid-19 deaths of despair may be on the increase. Nearly 90,000 have died from the virus thus far. Yet, a study by Well Being Trust, and the Washington, D.C.-based Robert Graham Center for Policy Studies in Family Medicine and Primary Care, on May 8, 2020 headlined these startling findings: “The COVID Pandemic Could Lead to 75,000 Additional Deaths from Alcohol and Drug Misuse and Suicide.”

“The collective impact of COVID-19 could be devastating. Three factors, already at work, include economic failure with massive unemployment, mandated social isolation for months and possible residual isolation for years, and uncertainty caused by the sudden emergence of a novel, previously unknown microbe. The economics of COVID-19 have already caused a massive jump in unemployment: job loss leading to personal and professional economic loss across all business sectors. Hourly workers as well as salaried professionals have been laid off and furloughed indefinitely.”

The report continues with further causes of increased deaths of despair. “Isolation, whether called social isolation or physical distancing is leading to loss of social connection and cohesion. No groups over 10, no cinema (a mainstay of the Great Depression), no sports, no clubs or social organizations, no church services. Virtual community may not be enough to hold off the impact of isolation and loneliness. And finally, uncertainty. The stress of uncertainty has a serious impact on the emergence and worsening of mental illness. These are unprecedented times, and uncertainty may lead to fear which may give way to dread.”

One of the few public figures who is looking at both sides is David L. Katz, M.D. Dr. Katz is a board-certified specialist in Preventive Medicine & Public Health, the founder and former director of Yale University’s Yale-Griffin Prevention Research Center, Past-President of the American College of Lifestyle Medicine, and Founder/President of the True Health Initiative.

“From the early going, I have championed total harm minimization noting that there was more than one way for the combination of infection and interdiction to hurt and kill people. These weeks (lifetimes?) into the pandemic response, we have new indications that the indirect death toll – so-called ‘deaths of despair’ – looks to rival the direct toll of the virus.”

In our politically charged atmosphere of fear and division, its simpler to choose a side—Left or Right, Democrat or Republican, stay at home or get out in the world. Either/or scenarios may be simpler and may fit our current state of polarization, but they are bad for our health. We need, as Dr. Katz recommends, “total harm minimization.”

Part of this approach recognizes the realities of life and death. No matter what we do we’re not going eliminate harm. Someday we’re all going to die and each death is a tragedy and loss. On any given day there will be deaths of people who stay at home and die from drinking, drugs, and suicide. There will also be people who go back out and mingle and die of heart attacks, accidents, cancer, flu, and yes, some will die of Covid-19, even some young and healthy people.

So, what are we to do? Ultimately, we all have to decide what’s best for us, for those we love, and those we care about. Dr. Katz reminds us that “more and more data are telling us that Covid-19 is two completely different diseases in different populations. It is severe and potentially lethal to the old, the chronically ill and those with pre-existing conditions. It is, however, rarely life-threatening, often mild — and often even asymptomatic — among those under 50 or 60 in generally good health.”

Being that I’m 76 years-old, have had chronic asthma, and lung problems, I’m doing to remain cautious and stay closer to home, maybe for a long time until we have a workable and safe vaccine. I’ll miss some of the community life, but I’ll adapt. Most of my neighbors are younger and healthier and can’t wait to get back out and mingle. No matter how you slice it, we’re in a new world. For me, I’m listening to those I feel I can trust and making decisions that make sense to me. As I learn more and my gut feelings change, I’ll decide accordingly.

I look forward to your comments. If you’d like to read more of my regular posts visit me here.

The post Deaths of Despair: The Other Covid-19 Crisis That is Killing Americans appeared first on MenAlive.