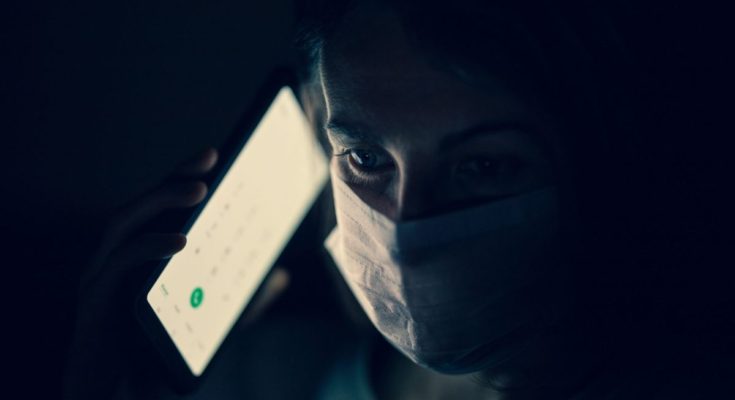 As I said in a recent article, “The Meaning of Covid-19: How to Survive and Thrive in the New Partnership Culture,” An old system is dying and a new one is coming into being. The old system has been around for a while 10,000 years or so and began when environmental change brought about serious drought that lasted for generations. It caused people to believe their only hope for survival in the future was to control and dominate the natural world. This led to the domestication of plants and animals, hierarchies with strong men at the top, wars to control land and resources, and what we call “civilization.” It supplanted a two-million-year-old tribal way of life that had served humans well.

We’ve been on a destructive path for thousands of years. I suggest that the Covid-19 virus may be our final warning to change our ways or become extinct. If the virus could talk to us, what might it say? Will you listen?

Can we talk? You humans are always in such a rush, but lately, you’ve decided to stay at home. Maybe you’ll be a little more receptive to hearing me. I hope so, I’ve got a lot I’ve been wanting to talk to you about. We may be small, but we’re mighty.

First off, it would help us communicate better if you got my name right. Most everything I hear and see in the news calls me, “Covid-19.” That’s not accurate.

My official name is “Severe Acute Respiratory Syndrome Coronavirus 2” or “SARS-CoV-2” for short. It was given to me by the scientists and virologists that serve on the International Board on Taxonomy of Viruses on February 11, 2020. The World Health Organization named the disease you humans have contracted, Covid-19.

So, please don’t call me a “disease” name. If you must refer to me by the name your scientists have given me, you can call me SARS-CoV-2. Even better you can call me by the name my friends use, “Vera.” (I quite like the British Crime drama on your T.V. The main character is Detective Chief Inspector Vera Stanhope.)

Now that we have my name taken care of, let’s get on with more important matters you need to know about me:

Your Wikipedia will tell you that microbes are microscopic organisms, which may exist in a single-celled form or in a colony of cells. They can be divided into six major types: bacteria, archaea, fungi, protozoa, algae, and the group I belong to, viruses.

The Earth is 4.54 billion years old. We’ve been here and have been doing well for 3.5 billion years. You all measure success by how much of the Earth’s resources you can control and use for yourselves. The community of life measures success by how adaptable you are and how long you have remained in balance with the community of life. Be honest, who do you think is really more successful?

Most microbes are pro-life. Not only were we here long before humans, but humans wouldn’t even be here if it weren’t for us. Don’t believe me? Listen to one of your own. Ed Yong is an award-winning science writer. If you really want to understand us you could do no better than to read his book, I Contain Multitudes: The Microbes Within Us and a Grander View of Life. He also writes regular articles for the Atlantic Magazine.

The stereotype you’ve created about us would have people believe that all we do is cause diseases and are unwanted spreaders of pestilence. No wonder you try to avoid or kill us at all costs. Mr. Yong says,

“This stereotype is grossly unfair. Most microbes are not pathogens. They do not make us sick.”

According to Mr. Yong, here are a few of the positive things microbes do for you:

Now, don’t get freaked out here, but every human on the planet is full of microbes. In fact, you have more microbial cells in you than human cells. “We have 30 trillion human cells,” says Ed Yong, “and 39 trillion microbial ones. These numbers are inexact, but by any reckoning, we contain multitudes.” So, what does it really mean to be human? Rather than trying to wipe us out, which is impossible, you might try learning to stay in good relationship with us. It’s really not that difficult.

Listen, I know all you hear on the news is about the Covid-19 pandemic. You’d think that all we do is go around spreading disease. That just isn’t true. You should know that there were no pandemics through more than 99% of human history. They only became possible when human populations began to increase about 10,000 years ago and you began to abuse wild animals. You call it domestication. You built villages, then towns, and cities and began living in close proximity with animals that you kept locked up. And you created the conditions that create pandemics.

One of your experts on pandemics, Dr. Michael T. Osterholm, author of the book, Deadliest Enemy: Our War Against Killer Germs, says,

“By venturing into the microbes’ homes deep in rain forests, for logging, planting, and hunting for bushmeat; by concentrating large number of people together; by breeding millions and millions of pigs and poultry and keeping them in close confines; by overusing and misusing antimicrobial drugs, we humans are forcing microbes to adapt to continual stresses and giving them opportunities nature never did.”

Viruses need other living things in order to reproduce. So, we’re not really “alive” in the way most other organisms are alive. We have to get into other cells in order to survive. We don’t invade other cells out of malice. Getting into host cells and using them to produce more viruses is our one and only way to survive. We don’t care if you’re a bacterium, a bird, a pig, or a human. We need you and you need us.

We’re very good at doing what we do. When there are so many humans on the planet and so many domesticated animals, you’re just begging us to get into your cells. You now have 24 billion chickens in the world and at least 2 billion pigs and you keep them locked up close to humans. When we spread one to another, don’t pretend that you’re surprised.

You’ll probably recover from this pandemic, but we’re not going away and unless you change there will be more, I promise you. Here are a few reasons:

So, that’s about all I have to say. Now you know a little more about us. You humans will have to decide what to do. You’ve been educated. If you choose to wipe yourselves out, well what can I say?

Oh, I must say just one more thing for those in the United States of America. Your current President is doing a great job keeping things revved up with his “scientifically sound” pronouncements. I say this tongue in cheek…Well, I would if I had a tongue or a cheek. Anyway, you get the idea. Well, that’s all for now. Vera, over and out.

And that’s it for me, Jed Diamond, PhD. If you have comments, please leave them. I like to hear from people. I do believe we can learn and we can change. We have to stop making war on viruses and learn to get back into balance with the community of life. Well, we don’t really have to stop, only if we want to have humans continue our evolutionary path on the planet. Thanks, Vera, for helping us do that. Visit me at Blog.

The post If the Covid-19 Virus Could Talk, What Would It Say and Will We Listen? appeared first on MenAlive.