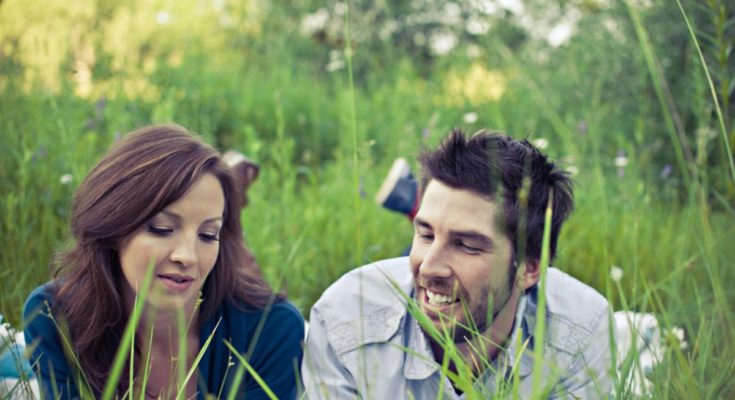 Throughout the world, people tell stories about how the Universe began and how humans came into being. Scholars call these tales “creation myths” or “origin stories.” These stories are embedded in each culture and lay the foundation for how we view ourselves and our world. But each of us has our own origin story and understanding it may make the difference between having a messed-up life or one that is full of creative potential, joy, and success.

For most of my life, I looked to the future, not the past. My memories of childhood were painful and confusing so I focused more on the future and what I wanted to achieve. I hungered to have a successful love life but found that I was looking for love in all the wrong places. After going through two painful divorces, I vowed I would figure out what was wrong and how I could fix it. My healing journey took me into my past, to my own personal creation story.

Most of us learn about our creation story from our parents or other family members. Here’s what I learned:

Here’s what she did say,

“I wanted to have a child more than anything. But we tried and tried and I never got pregnant. I thought I might never have a child and I was getting older. We finally went to a doctor and learned about a new procedure of injecting the father’s sperm into the mother. We tried it and I finally conceived.”

“I walked gingerly down Fifth Avenue in New York, terrified that I might lose the life that was developing in me. When you were finally born, I was overjoyed, but now even more afraid of losing you. I kept you close all the time and didn’t want your father to hold you. He’s clumsy and I was afraid he’d drop you.”

I grew up as a shy child, underweight, and anemic. I remember with fondness the few times my father held me and rode me on his shoulders. When I was five years old, I was devastated that he took an overdose of sleeping medications and was committed to the Camarillo State Mental Hospital. He had become increasingly depressed because he couldn’t make a living to support his family. I grew up with a single mom doing her best to raise me after my father left.

The philosopher, Thomas Hobbes, may have been speaking about my creation story when he wrote,

“My mother gave birth to twins: myself and fear.”

Growing up I became obsessed with becoming independent. I learned to ride the bus and go into town when I was eight years old. I learned to cook my own food. My mother celebrated my independence, but also clung to me for dear life. Most of my life I appeared to be independent and in control, but deep down I was terrified of death—my own and those I loved.

I came to realize that my early childhood experiences created a subconscious story that I wasn’t even aware I was telling myself. But it was always running in the background of my psyche. I came to recognize the story to be something like this:

Life is a magical gift that could end at any time. The people I love the most could die without warning. It’s best to learn to take care of yourself. I must find a partner and hold on to them, no matter what, but I can’t really become too emotionally connected, because you never know when you’ll lose them. The world is a dangerous place. Disaster could come at any time and there’s little we can do about it.

Once I could delve into my early life experiences and surface my subconscious life story, it helped me understand why I had such difficulty in my love life, why I was alternately clingy and demanding and then emotionally shut down and withdrawn.

I could also begin to see that my creation story was not only one of trauma and fear, but also one of resilience and healing. In my independence, I also reached out to others. I connected with a few supportive friends, teachers, and my own inner guidance. I realized that there was a great deal of love in my life as well as fear and I could change my core beliefs to something that was more creative, healthy, and true.

Now I would summarize and say,

“My mother gave birth to triplets: Myself, fear, and love and I can choose to make love the foundation for my life and gradually let go of fear.”

As a therapist who has worked with more than 25,000 men and women over my fifty-year career, I believe that most people have creation stories that need to be surfaced and understood. Many, like mine, have been buried because they felt painful and traumatic at the time. I wasn’t ready to deal with the truth. Like many people I work with, it took some kind of crisis to get me to get help and support to look honestly at my past.

When I remarried for the third time, I had matured enough to be ready for love. Carlin and I have been together now for 40 years. Delving into our creation stories has helped both of us to heal our past and create a joyful and loving present, and hopefully a future that allows love to deepen and grow.

I invite you, my readers, to explore your own creation story. If you liked this article, I appreciate any comments you’d like to share. You can read more on my blog. If you’re interested in counseling, you can email me. Put “counseling” in the subject line and be sure and respond to my spam arrest filter when writing for the first time.

The post How Your Personal Creation Story Can Ruin or Enrich Your Life appeared first on MenAlive.