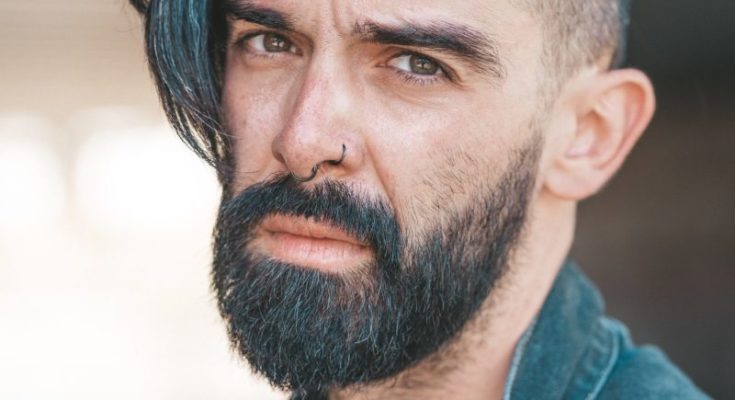 Like most of the things I write about, Irritable Male Syndrome (IMS) comes from both my personal and professional experience. Professionally, I’ve counseled more than 25,000 individuals and couples who took my IMS quiz and recognized that male anger was a problem in their lives. Personally, IMS nearly destroyed my marriage.

Here’s an excerpt from a letter my wife wrote to our counselor after our initial session:

“The thing that is most troubling about Jed is his rapid mood changes. He’s angry, accusing, argumentative, and blaming one moment, and the next moment he is buying me flowers and cards, and leaving me loving notes. He’ll change in an hour from looking daggers at me to being all smiles and enthusiasm. I usually shut down and it takes a lot of time for me to return to an open feeling toward him.”

What’s so devastating about IMS is that both people feel they are trying their best, both feel they are reacting to the provocation of their partner, and both become increasingly frightened as the marriage begins slipping away and they don’t know how to save it. Here are the things I’ve learned that helped save my own marriage and can help save yours.

It often feels to the woman as though he is the problem, after all he is the one who is irritable, angry, and blaming. I often felt that my wife didn’t understand me and was doing things that drove me up the wall. “Of course, I’m angry,” I’d scream. “Who wouldn’t be angry when you’re treating me that why. The problem isn’t him or her, one partner or the other, but the IMS downward spiral that is to blame.

2. The IMS Downward Spiral is often invisible to both partners.

Each of us believed that we were only acting in response to the other. My wife felt that my anger caused her to withdraw. I often felt alone and uncared for and her withdrawal terrified me and made me angry. It took us a long time to recognize the part that we each played in hurting ourselves and each other.

Although men may be the one to express the IMS, women have a role to play as well. They often do things, say things, or express displeasure through body language and tone of voice, that contributes to a man’s anger. When Carlin would pull away from me and close down, she didn’t express her feelings in words, but her body language told me, “You’ve hurt me and I want to get away from you.” My fear of her withdrawal would turn into anger.

4. There are four common symptoms of IMS.

For my initial research, which led to the publication of my book The Irritable Male Syndrome, I developed a 50-item questionnaire that was eventually taken by more than 60,000 men and 30,000 women. The following four symptoms were the most common.

It’s as though the man was emotionally sunburned. It seems that every little thing sets him off. His partner feels like they are walking on eggshells trying to avoid setting him off.  He feels like everyone is going out of their way to irritate him.

Anxiety is a state of apprehension, uncertainty, and fear resulting from the anticipation of a realistic, or fantasized, threatening event or situation. IMS men live in constant worry and fear.  There are many real threats that they are dealing with—sexual changes, job insecurities, relationship problems. There are also many uncertainties that lead men to ruminate and fantasize about future problems that may never occur.

IMS men feel blocked in attaining what they want and need in life. They often feel defeated in the things they try to do to improve their lives. These men feel frustrated in their relationships with family, friends, and at work. The world is changing and they don’t know where, how, or if they fit in.

Anger can be simply defined as a strong feeling of displeasure or hostility. Yet anger is a complex emotion. Outwardly expressed it can lead to aggression and violence. When it is turned inward it can result in depression and suicide. Anger can be direct and obvious or it can be subtle and covert. Anger can be loud or quiet. It can be expressed as hateful words, hurtful actions, or in stony silence.

5. There are five key causes of IMS.

IMS has many causes, but these are the most common ones I’ve found.

Many have heard of ‘roid rage’ in men who take steroid drugs to increase strength. But the more common pattern is that low testosterone, which often accompanies aging, causes men to become more susceptible to IMS.

Most people have heard of the brain neurotransmitter, serotonin.  When we have enough flowing through our brains, we feel good. When there isn’t enough, we feel bad.  What most people don’t know is that our serotonin levels are influenced by what we eat.

Judith Wurtman, Ph.D., and her colleagues at the Massachusetts Institute of Technology found that a high protein, low carbohydrate diet can cause serotonin levels to drop. They found that men often mistake their cravings for healthy carbohydrates, such as those found in rice, corn, squash, with cravings for protein found in meat. Wurtman says,

“Eating protein when we need carbohydrates will make us grumpy, irritable, or restless.”

It’s no secret that stress levels are going through the roof. Our economic system seems on the brink of collapse. We worry about whether we will have a job tomorrow and how we can support our family while prices on everything continue to rise. We worry about the next election and the threats of war and violence in our communities.

Roles for men and women are changing rapidly. In the past, roles may have been rigid (men are the breadwinners, women are the homemakers), but they were clear. Now we have more freedom to switch roles or create new roles. However, role confusion can cause discomfort and fear, particularly in men, which can lead to irritability and anger.

For the first time in human history, we are facing the possible extinction of the entire human species. We are doing things that put our continued presence in the planet at risk including—using fossil fuels in ways that are causing a climate crisis and threatening to change the temperature in ways that could wipe us out, we live under the constant threat of nuclear destruction, and our economic engine depends on constant growth, which is impossible on a finite planet.

We all feel the fear and terror and we all try and push it away since we don’t know how to fix it. For men, the unspoken feelings often get turned into anger—towards ourselves for not being able to fix things, towards other men, and towards women who we love, but who we feel inadequate to protect.

6. Dealing with IMS requires that we address all aspects of the problem.

We have to address things on a personal level. As men, we have to take responsibility for dealing with our own anger that comes with Irritable Male Syndrome.

We have to address things on an interpersonal level. Couples need to talk about what is going on and each must accept responsibility for the part they play.

We have to address things on a societal level. We have to deal with the root causes of our anger and deal with the anxiety, fear, and guilt about what we have done, and are doing, to the life on planet Earth.

Irritable Male Syndrome, IMS, may be our wake-up call. I believe millions of us are ready to answer the call and get to work. Are you with me? Please leave a comment if you found this article of interest. I love hearing from you.

The post 6 Things You Don’t Know About Irritable Male Syndrome That Could Be Wrecking Your Relationship appeared first on MenAlive.