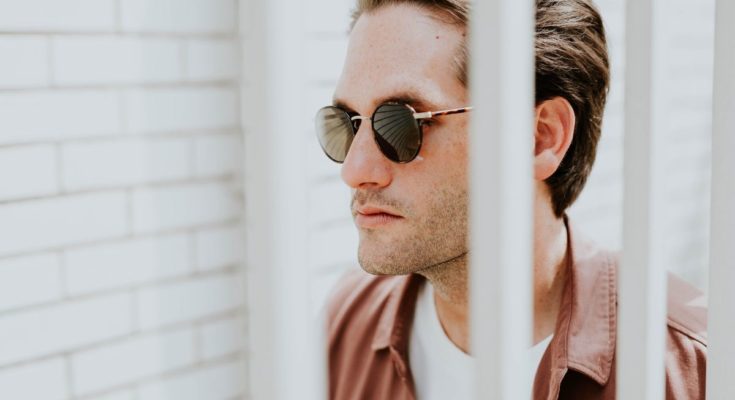 One of the questions I hear over and over again is “Why is my husband so mean to me?” I’ve also written about this in an article “Why Are Men So Angry?”  Of course, we all get angry at times and women’s anger can be as hurtful as men’s. But there is a universal trigger for male anger that most people rarely recognize.

I’ll illustrate with a quick story from my own life.  When my first wife and I got married shortly after college we spent went on a honeymoon in Monterrey. We had bought a little Honda 50 motorcycle to get back and forth from married-student housing to the U.C. Berkeley campus and talked a Honda dealership into shipping it to Monterrey so we could ride it around town.

We took a bus to Monterrey and picked up our bike. We figured it would be easy to get an inexpensive motel room, but found out, to our surprise, that the Monterrey pop festival was happening that weekend and there wasn’t a room to be rented anywhere in town. Luckily, we found the last room available, but it was in Carmel, over the hill from Monterrey.

We jumped on the bike, tied our suitcase to the back, put my new wife on behind me, but we were too back heavy to get over the hill. “Ok, here’s what we’ll do,” I said, in my most take-charge, masterful, voice. “You wait here. I’ll ride the suitcase to our room in Carmel and come back for you. But don’t move. I’ll be right back.” My wife smiled sweetly, and off I went.

I quickly returned, but she was gone. I looked left and right, but she was nowhere to be seen. Where the hell did she wander off to, I wondered. I got increasingly angry, but under the anger was a terror that something had happened to her. Maybe she had been kidnapped. Someone waving from three blocks away caught my eye. It was her. I rode the three blocks, barely controlling my rage.

“Where the hell have you been?” I screamed at her. She looked bewildered. “I haven’t moved from the spot where you left me,” she said, her anger beginning to rise. I felt foolish and relieved but still insisted that she had walked off and wasn’t in the right place. I finally cooled down and we were able to get tickets to the festival. We heard some of the best music of an era over the next three days and nights in 1967. Lou Rawls, Simon and Garfunkle, Country Joe and the Fish, the Birds, Jefferson Airplane, the Who, Jimmy Hendrix, the Mamas & the Papas, and a young woman who soon became a superstar, Janis Joplin.

Our marriage lasted ten years and we had two wonderful children, but it was undermined by my anger and my inability to understand or tell the truth about the underlying cause of my anger—my absolute terror of being abandoned.

The Source of Male Panic and Grief

I’ve spent a lot of my life getting angry at women. I believe it’s one of the key reasons that relationships go from good to bad. I described some of the factors in my book: Mr. Mean: Saving Your Relationship from The Irritable Male Syndrome. But there’s another factor that took me years to understand and address. When my connection with my wife feels threatened, I feel abandoned and I panic. I want to cry out in anguish, but I cover my pain by getting angry. My anger would generally cause more distance between me and my wife, so I would become even more panicked which would lead to grief and the feeling that I might lose her, which would finally go into feeling hopeless and depressed. I wanted to run away and hide.

In order to understand this process–Abandonment, panic, anguish, anger, grief, and depression—we have to understand the Panic System that is present in all mammals. In their book, The Archaeology of Mind: Neuroevolutionary Origins of Human Emotions, Jaak Panksepp and Lucy Biven say, “A simple fact of life, with profound neural consequences and mental health implications, is that we become attached to—we love—those who nurture and befriend us.”

The problem is that a majority of us didn’t have a safe, stable, attuned home environment growing up. In my case, my father left when I was five years old and my mother had to work full time. I was often left alone or in the care of people I didn’t know well. I grew up feeling afraid of being abandoned, but I covered my fears with an attitude that said, “I can take care of myself. I don’t need anyone. I’m strong.” But I longed for love and when I found a partner, she became my life-line, the one who would love me no matter what and would never leave me.

We all know the anguish of children who are separated, even for a short period from their mothers, fathers, or other caregivers. “Unlike the demanding protest of a youngster who has been denied a treat, or even the vigorous distress of one who has fallen and been hurt,” say Panksepp and Biven, “the cries of lost children have the unmistakable ring of urgency and panic.”

Adults never outgrow the need for love and support or the panic that results when we feel the threat of disconnection from a loved one. But what happens when we are taught that “boys don’t cry” or “men need to be strong?” We hide our pain and it expresses itself as irritability. Anger is often the only acceptable emotion many of us have learned to express. Trauma specialist Bessel van der Kolk, MD, author of The Body Keeps the Score: Brain, Mind, and Body in the Healing of Trauma, says, “If we don’t talk about our trauma, we are bound to repeat it.”

It’s taken me years to acknowledge my panic when my wife is later than expected or when we’ve had a fight and she withdraws or even when another man shows her attention. The little boy in me cries out in fear. Don’t leave me, he says. Hold me. Love me. I have to tune in to my feelings of fear of abandonment, and put a lid on my anger. At first, I felt so unmanly I felt ashamed to show how panicked I was and couldn’t talk about it. My mind reverberated with taunts from my childhood and adolescence, “Cry baby, cry baby.” I was afraid my feelings would cause my wife to love me less and leave me. But I’ve learned that being real, including being real about my fear and panic, actually brought us closer together. Being vulnerable when we’re panicked is the most difficult thing we can do, but also the most essential if we want real intimacy.

However, both my wife and I had to overcome our old attitudes about men and be willing to accept that we all become panicked when we’re afraid our partner isn’t emotionally connected to us. We had to overcome our fear of talking about our past trauma and the things that still trigger us now. I look forward to your comments. Please share your own experiences. Check out our community of men and women coming together to learn how to heal our wounds and turn anger into real lasting love.

The post The Hidden Reason Men Get Crazy Angry at The One We Love the Most appeared first on MenAlive.