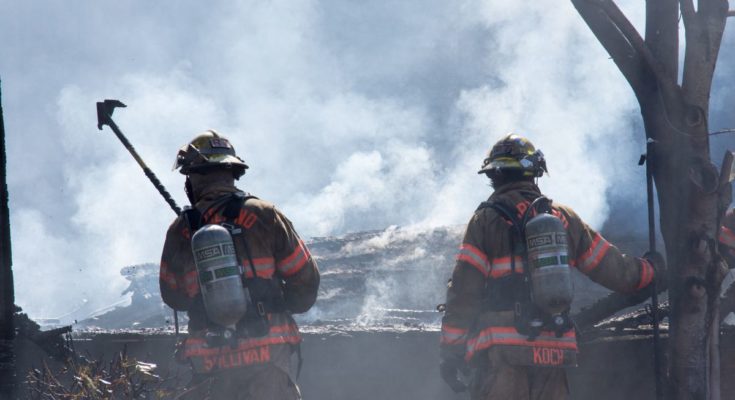 Although I was born in New York City, I’ve lived in California all my life. I grew up in the San Fernando Valley at a time when California seemed like an ideal place to be with orange groves as far as the eye could see, crystal clear air, and safe communities. But times have changed and we’re living at a time when, clearly, we are out of balance with the Earth.

There were less than 9 million people in all of California when we moved there in 1944. Now there are nearly 40 million people. The water is no longer clean, smog is the air, and we are undermining our life support system with greenhouse gases that lead to extreme weather events including the fires we are experiencing now. Every day has a new and disturbing headline:

Where I live in Willits, California, we’re still dealing with fires two years ago that consumed 245,000 acres, destroyed nearly 9,000 homes and buildings, and killed more than 40 people. Millions were forced to evacuate and many lost their homes. Then, as now, we were on alert to leave our home, but fortunately, we were safe. We were forced to go without electricity for a five days, which was inconvenient, but not life-threatening.

I feel blessed to be spared the agonies that affected so many, including friends who lost homes. I’m amazed at how our community has come together. With electricity out in Willits, the city opened the community center so that people could charge our cell phones and other devices (the city had back up generators running).  Our City Manager, Stephanie Garrabrant-Sierra, gave us regular updates and she even went out and bought puzzles so that children and adults would have something to do while we powered up our phones and backup batteries.

People laughed and joked, met new neighbors, helped each other and told stories.

A close friend lost his home due to a local fire in the Willits valley and neighbors pitched in to offer emergency shelter and assistance. Schools were out and kids laughed and played. I thought it wouldn’t be a bad idea to turn off our TVs and computers for a few days each year and hang out with our friends and neighbors. Why wait for a fire or other emergency to do so?

My only regret was that the launch event for my new book, 12 Rules for Good Men, had to be postponed until next year. It was scheduled to take place in Healdsburg on November 7, 2019, but fires are still raging close by. If you’re interested in the new book, I’ll be giving a special offer at the end of this article, so keep reading.

Another benefit of the power outage was we had a chance to read more good books. I finished a fantastic book, This Land is Our Land: An Immigrant’s Manifesto, by Suketu Mehta who was a finalist for the Pulitizer Prize for his book Maximum City: Bombay Lost and Found. In this book he offers some wonderful stories and compelling facts about immigration.

Mr. Mehta shows why more people are on the move today than ever before. As civil strife and climate change reshape large parts of the planet, migration is an absolute necessity for having a decent life. For many, their very survival is at stake if they remain where they are. With the fires a seeming long-term reality in California I can see why people want to move when they feel their present life is no longer stable.

Here are some of the things that I underlined in Mehta’s book:

Yet, when conditions are such that people’s lives are at risk, which is the case for millions, people are willing to do whatever it takes to save themselves and their children. I know I’d move if I had to if my children’s lives were in danger. Wouldn’t you?

Mehta goes on to demonstrate that immigrants are not a danger to our country that some are afraid might be the case. They actually contribute much more to a country’s well being than most people imagine. I highly recommend his book.

And I’m not afraid to tell you, that I recommend my own book as well. It’s the first book that offers men clear guidance for becoming the man they’ve always wanted to be and for women to truly understand why men are the way they are and do the things they do. Colleagues who have read the book have offered insights into its value:

Since our official launch day, November 7, 2019, was postponed due to the fires, I’m offering a special opportunity to the readers of my newsletter. Just drop me a line to Jed@MenAlive.com and put “book offer” in the subject line and I’ll give you the details. As always, I appreciate your comments and questions. It lets me know you are supportive of my work. Visit my blog for more.

The post Surviving the Fires in California: One Person’s Story of Gratitude and Our Collective Future appeared first on MenAlive.