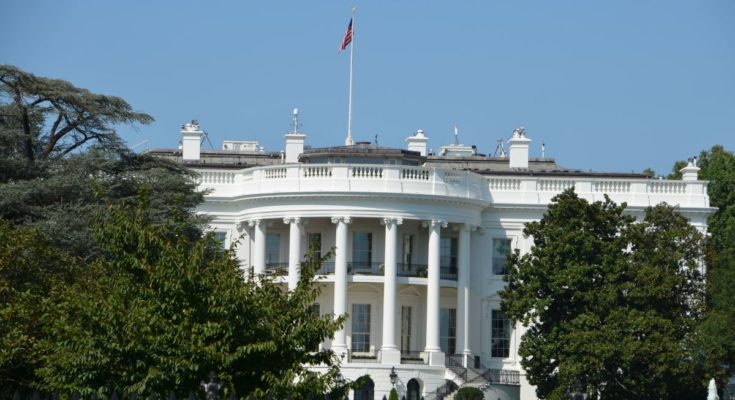 On May 6, 2016, six months before the Presidential election, I predicted that Donald Trump would be the next President. This was long before most people believed he had a chance of winning. And my prediction wasn’t based on my belief that he was the right man for the job. I thought Donald Trump would win because he was tapping into the deep wounds in our society and he was a wounded and angry man who resonated with other wounded and angry men. Here I’ll tell you who I believe will be the next President.

In the article, “The Real Reason Donald Trump Will Be Our Next President,” I said, “A lot of people who identify as Democrats, Republicans, and Independents don’t want Donald Trump to be our next President. Yet, millions of men and women continue to vote for him despite unfavorable ratings that continue to climb. For the first time in more than 30 years of the ABC News/Washington Post poll’s history, Donald Trump earned the highest unfavorable rating among Americans as a front-running candidate in a presidential election, just barely falling behind the unfavorable rating of David Duke, former Grand Wizard of the Ku Klux Klan, when he ran for office during the 1992 election.”

The truth is, humans are out of balance with the realities of life on planet Earth. Our economy is based on continued expansion and growth, yet we live on a finite planet. We ignore these realities and are often seduced by politicians that offer simple solutions to our complex problems. I went on to say in the article, “It’s difficult to figure out what to do. We are all drawn to someone who seems to know the answer. ‘ISIS? Trust me, I’ll eliminate them in short order,’ says Mr. Trump. Too many people in the world and an economic system that keeps people in poverty? ‘Don’t worry, I’ll build a wall to keep illegal immigrants out,’ says Mr. Trump, ‘and I’ll get Mexico to pay for it.’ People having difficulty with the rise of female power and prestige? White men becoming uncomfortable with the non-white world? He’s got an app for that, too. We’ll ban Muslims from America and ridicule and shame women until they get back in their proper place, Trump has been telling us.

President Trump seems to be sticking with these simple, yet mistaken, beliefs. When we feel overwhelmed by real problems, we seek someone or something to blame. We call it scapegoating. The original ideas is taken from the bible, where a “goat is sent into the wilderness on the Day of Atonement, symbolic bearer of the sins of the people.” One of the most common scapegoats these days are “immigrants.”

I’m sure President Trump will continue to try convince people that they are the cause of all our problems and keeping them out will solve our problems. But the truth is the President, and most of his backers, are guaranteeing an increase in immigration because of his policies, the most significant being his unwillingness to accept global climate change as real and caused by our human policies and actions.

In his book, This Land is Our Land: An Immigrant’s Manifesto, Suketu Mehta who was a finalist for the Pulitizer Prize for his book Maximum City: Bombay Lost and Found, points to the facts of climate change and their impact on human migration. “In the twenty-first century, the number one driver of migration might be climate change,” he says. “According to the UN, a fifth of the world’s population will be affected by floods by 2050. And so, many of them will move to dry land. According to the International Organization for Migration, at least 200 million people will be displaced by climate change by 2050. The figure could be as high as 1 billion, which would be one out of every 10 people.” (Emphasis mine).

You’ll never build a wall high enough to stop people who will die and watch their children die if they remain where they are. Would you move if you and your children would die if you stayed put?

Here’s my prediction for the 2020 election. The next President will be the woman or man who exemplifies these qualities:

If you care about your future and the future of your children and grandchildren pick the candidate who can put their real fears in the service of real love. Here is a recent comparison of all candidates and their plans and positions on the climate crisis. It was put together by the Natural Resources Defense Council.

According to the Yale Program for Climate Change Communication, a record 69 percent of voting-age Americans say they are worried about climate change. Almost a third say they are “very worried,” by far the highest percentage ever recorded.

The good news for Democrats and those who are committed to addressing our climate crisis is that all but two of the fifteen candidates had a plan you can review. The bad news for Republicans and those who care about addressing climate change is that neither of the two Republican candidates, President Donald Trump or Governor William Weld, had a plan.

This may be the most important election of our lives. Having experienced Donald Trump in the Whitehouse, I think everyone understands the power of the Presidency and what a President can do for good or for bad. I look forward to your responses. Please comment below or email me.

The post Love is Letting Go of Fear: I’ll Tell You Who the Next President of the U.S. Will Be appeared first on MenAlive.